Here’s a summary of Hermetic Library activity for the year 2018.

Every year there’s so much going on, I’m sure I’m going to miss some things. Consider going through all past summaries for more details about what was going on each week of last year. However, here’s some important things that come to my mind immediately.

Personally there was a lot going on for me. The place I had been living was sold. I moved across the country, with everything and cats, in almost an exact reverse of the historical Oregon Trail. I had my computer die, and went through a 4+ month ordeal of trying to get it fixed. And, all the sundry trials and tribulations one goes through …

The biggest project for 2017 was the switch from static, hand-coded HTML to the new wiki engine. I’ve made a lot of progress in 2018 on more of this, but I’m still working on it. Both old and new pages are constantly being worked on, and I think the library is already better than ever with this change. I knew that the transition was going to be a huge project, and require a lot of work; but, I honestly didn’t realize just how big and how much. I’m glad I did it, and there’s so many things that are better than they were, for me working on the site and for visitors trying to find things and navigate the site; but there’s still work to do. I feel so much gratitude for the support of my ongoing Patrons for making all this work on the library possible.

This year, I released Magic, Music and Ritual 14, the 2018 issue from the Hermetic Library Anthology Project. The newest release joins all the others, and they’re all great! Check them all out, and check out the anthology profiles for the artists who participate. 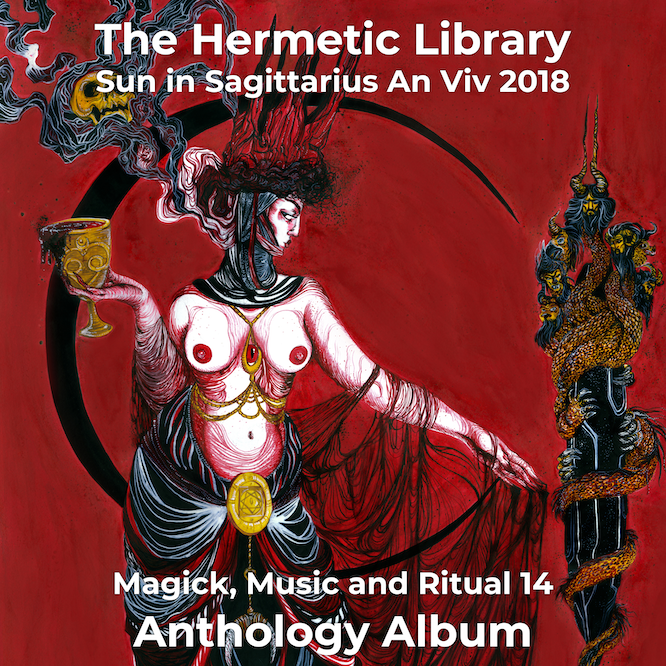 Last year, I created a process to pitch ideas for submissions to the blog and the library. This hasn’t been as active as I had hoped. The only submission to make it through the process this last year was The Unknown Soror. There was only one in 2017 as well, but I’d hoped that there would be more. With the generous support from Patrons of the library, I did increase the available honorarium already, and this year I’ll be increasing that again to further encourage submissions.

I did have the opportunity to have a conversation with musician Jesse Heikkinen, who then went on to become an artist on the 2018 anthology. Perhaps there will be more conversations with others in this next year?

Hermetic Library has actively pursued its mission of archiving, engaging and encouraging the living Western Esoteric Tradition, Hermeticism, and Aleister Crowley’s Thelema for 20 years. Thanks to each and every Funding and Patron supporter of my work and the library for making the Hermetic Library possible for everyone, that mission continues!

Be sure to check out the actual Hermetic Library, and drop a buck in the tip jar, subscribe on Bandcamp, or become a Patron.

Top 50 sections at the library

Top 50 pages at the library