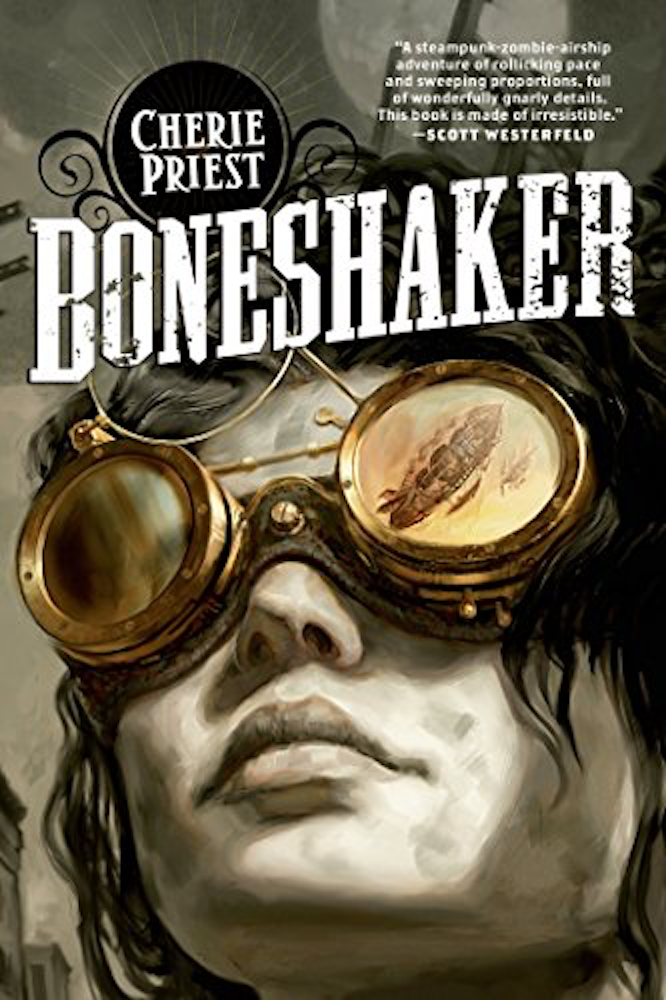 I noted the positive press regarding Boneshaker when it first came out, and I had meant to get around to reading it at some point. Almost a decade later, I tipped my daughter off to it, since she was developing an interest in steampunk. She read it and liked it a lot, and so insisted that I read it in my turn. Set in the late 19th century, it concerns a woman pursuing her runaway son into a walled-off Seattle, Washington full of poison gas and zombies.

It was all right, but I don’t know that I’ll go on to the sequels. The basic adventure story, exploring the ruined city and meeting its denizens, was just fine. Airship battles are fun, but I’m not terribly entertained by zombie swarms. The plot resolution with its final reveal was pretty satisfying, and made sense out of some of the protagonist’s earlier behavior. While the author apologizes for/defends her historical and geographic inaccuracies in an appended note, nevertheless I think that the story might offer extra enjoyment for those more familiar with the 21st-century city of Seattle.

I got the impression that the story as originally drafted may have started more in media res, but that the preliminary exposition was grafted on in order to accommodate a less sophisticated readership. On the other hand, the whole book has more than a little YA about it, and that may just have been the plan all along. I guess I can see why this book is considered exemplary in its sub-genre, but it wasn’t such a stand-out read for me.