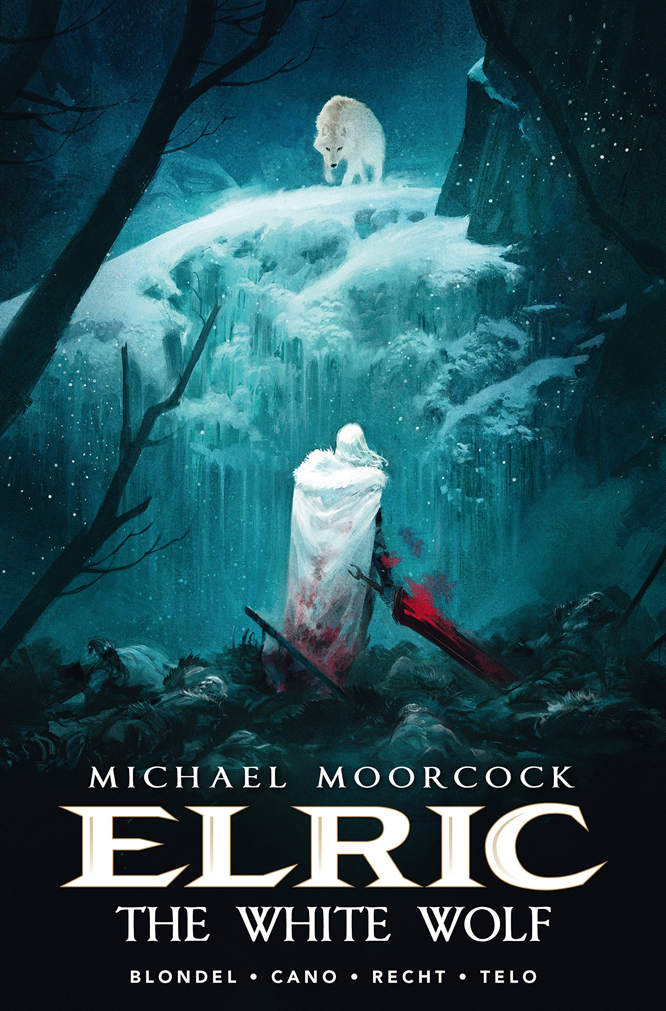 Elric: The White Wolf is the third of the 21st-century French comics adaptations of Michael Moorcock’s anti-heroic sword-and-sorcery saga. The first two came out within a year of each other–at least their English translations did, in 2014 and 2015. But there was a wait of more than three years between the second and the third. I had been deeply impressed by the first two, and I’m happy to report that the third measures up nicely.

This volume does lack a foreword (the first two had them from Moorcock and Alan Moore) and for some inexplicable reason, publisher Titan Comics changed the design of the hardcover spine, so that it is not uniform with the earlier volumes. I’m very glad that the publisher is keeping these in a large page-format, rather than attempting to reduce them to American comics-sized pages.

The art is still highly imaginative and effective, and the writing continues to reinvent the Elric story in ways that depart from Moorcock’s original telling while only intensifying its underlying spirit. For anyone familiar with the original books, this volume of the graphic series will deliver a real sucker punch of a surprise ending! I hope that whatever trouble delayed this third number has been resolved, and that the fourth will follow apace.