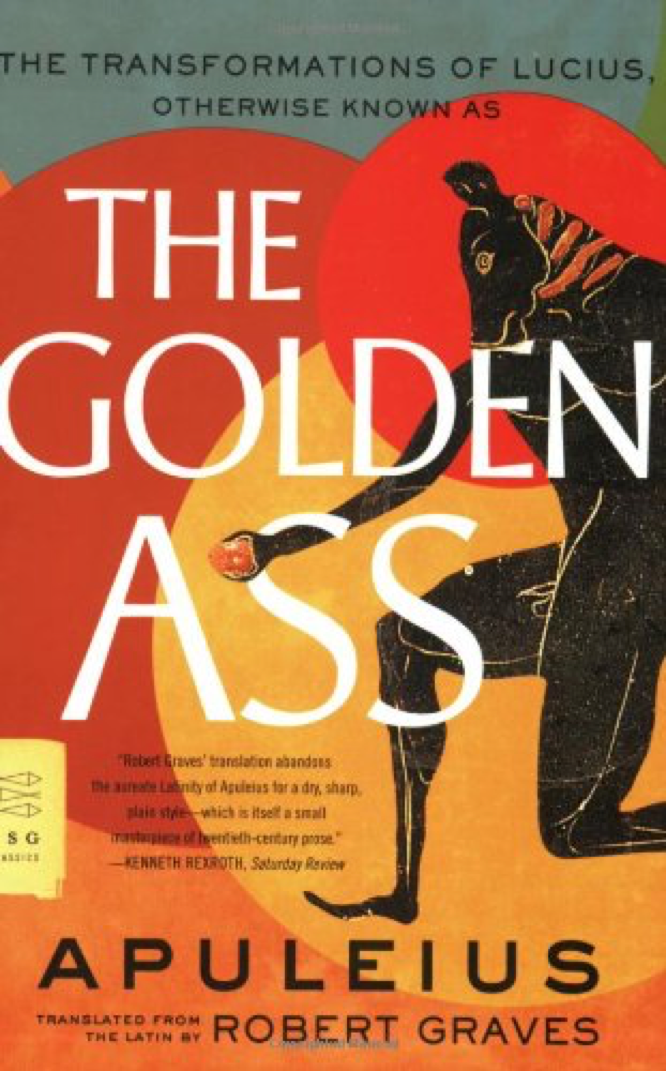 Although the vulgar take the donkey as a symbol of ignorance and stupidity, occultists and magicians know better. Cornelius Agrippa, in his Vanity of the Arts and Sciences, praises the ass as a paradigm of virtue. Giordano Bruno, whose heliocentrism was wedded to his hermetic magic, made the donkey a symbol of the highest mystical state in his personal cabala, declaring it to be the Triumphant Beast.

The Metamorphoses of Apuleius, better known as The Golden Ass, is funny and wise; and despite its unrepentant status as a fiction, its later chapters are probably one of the most accurate and detailed accounts from the period regarding the operation of mystery cults in late antiquity. The “Golden” of the title refers to the value of the text. It was written in a florid, storytelling style of Latin, and has a brisk, episodic pace. There are nonetheless many digressions, including the splendid and famous fable of Eros and Psyche, which falls near the center of the text.

Known in his own day as an orator and Platonist philosopher, Apuleius is also important as a reference regarding the status of magic in the ancient world; he was himself accused of criminal sorcery, although he denied it. The central enchantment of the story is the transformation of the protagonist into a donkey.

The literary progeny of these Metamorphoses are countless, as befits a donkey’s instrument! Apuleius’ story has influenced everything from Augustine’s Confessions to Beauty and the Beast. But the original still deserves pride of place.