This is an extract, provided by the author, from Blame It On Blake: a memoir of dead languages, gender vagrancy, Burroughs, Ginsberg, Corso & Carr by Jacob Rabinowitz, “a memoir of the Beat generation authors I knew, and my own explorations of Witchcraft, Egyptology, Voodoo, gender confusion and mind-altering drugs, authorized (more or less) by William Blake.” This is part three of chapter six, and is a personal narrative about the author’s acquaintance with Hermetic Library Fellow Peter Lamborn Wilson, aka Hakim Bey.

Peter was working his way free of the constraints of orthodox Islam like a butterfly wriggling out of its chrysalis. The analogy is more precise and less flatering than might seem. There was an awful lot of squirming involved before he raised his drying wings in a display you might mistake for a psychedelic sunrise. Peter took a position that has been commonly adopted by mystics of Judaism, Christianity and Islam. These faiths, which embrace historical time as a kind of dour opaque ongoing disclosure of God’s will, all look forward to the Apocalypse as the ultimate restoration of the miraculous to everyday life. But for the mystic, Doomsday has, in some sense, already arrived. He sees the sacred implicit within the secular, the last judgment in every decision, the one-ness in the many, in Blake’s phrase, “the ocean in a grain of sand and eternity in an hour.”

Living, on one level, in a post-apocalyptic world, the mystic finds the rules and constraints that order temporal existence are no longer valid. He has passed beyond attachment to the fruits of action, no longer has any corrupting interest in success or failure. His soul is fully realized and autonomous, he sees reality without any subjective coloring, which puts him “beyond good and evil.” Perhaps the best account of this attainment is western literature is in Dante’s Purgatorio, where he reaches the Garden of Eden atop Mount Purgatory, which I translate:

When we’d run up the stairs to its highest step,
Virgil fixed upon me his eyes and said,

“I brought you this far with what skill and insight
I had: be guided from now on
by your own pleasure, go where you feel drawn.

You’ve left behind the steep and narrow path.
See, the sun shines before you
on tender meadows, sweet flowers, little groves
of pleasant shade, which this unplanted land
spontaneously creates.

Until the glad appearance of her whose lovely eyes,
once, beseeching and tearful, sent me to you,
wander here, rest whenever, wherever you wish,
unhurried at last. {166}

Await no further word or sign from me,
permitting this, ordaining that;
your own judgment now is healthy, correct
and free. The only error possible now
is for you not to do what you think best.

I crown and consecrate you
emperor of who you are,
by divine right, a law unto yourself.”

Living in an esoteric apocalypse, whatever pleasures, illicit or otherwise, we can get, are the legitimate rewards of the just—and arguably more fully deserved if acquired by stealth and at risk, in defiance of the demonic “powers of this world.”

Peter viewed his personal mystical liberation in political terms as well, and expressed it as a new sort of Anarchism. I cannot here enter into a detailed critique of Peter’s political thinking, where my purpose is only to offer some details of its origins, which I was on hand to witness. The key insight I have is that Peter’s approach was, at first, mystical. Mysticism is private and interior and amoral. The extroverted opposite of mysticism would be prophecy, which is extremely political and very concerned with right and wrong.

Peter came to his realizations, personal and political, from the context of Sufism, from mystical practice. This “privatized” his political thinking, and resulted in his rejection of long-term social action in favor of limited and personal, brief and private (“temporary, autonomous”) activity. There is merit in his position. Without an interior transformation, what we used to call “consciousness raising,” resistance cannot begin. But without concerted outward action, interior realizations, whatever their intrinsic merit, are politically insignificant.

At the beginning, Peter was engaged in a genuinely mystical adventure. Where this finally led him will be discussed in its place, but his original Chaos Broadsheets were sincerely meant. Peter was really and sincerely religious. He began on the antinomian path with awe and trepidation, unsure whether he’d be halo’d or struck down.

I looked with amazement on Peter’s writings. They had fervor, they were genuine, they contained in their confusing profusion authentic messages from the beyond, a somewhat garbled but unquestionably veracious record of renegade illumination. Nietzschean materialist that I was, mine was not a crude reductionism, I was no positivist. I regarded Peter’s mystical terminology as I {167} did the accounts of the gods in Homer: as a florid and poetic but accurate description of reality.

Peter’s vision of every day as the Day of Judgment, with heaven and hell entirely imminent here, was balanced on the razor’s edge of piety and blasphemy. Was he declaring the presence of God in all things, or was he vulgarizing spiritual terms to gussy up his every whim and want? Or both? In the Talmud there’s a tale of four sages who were allowed to enter Paradise while still alive, that is, they were granted an unfiltered vision of God. One of them died, one went mad, one became a scoffing nihilist, and one “entered in peace and departed in peace,” that is, he kept his interior balance—and in fact became a saint. In Jewish tradition, these are the four possible outcomes of a direct encounter with God. Peter was neither dead nor mad; had he become a saint or a scoffer?

In my opinion, he really had acquired baraka (holiness) during his decade of Sufi practice. And now he succumbed to one of the classic pitfalls of the spiritual path. Since Peter was very fond of the Arthurian legends, particularly during his early, poet period, I will take a likeness from that cycle. The Grail knight, Klingsor, best known from Wagner’s Parzival, succumbs to the sensual temptations that beset those on the quest, and in exchange for physical gratifications becomes a black magician. Then he makes a career out of luring others from the spiritual path with his garden of illicit delights. This is admittedly a rather melodramatic description of Peter’s case, but one which does justice to a certain aspect of his character. I loved him for his spirituality, which still shone about him when he returned from Iran, and I watched with dismay and disappointment as this dissipated over the years, till there was nothing left of that young man who dropped out of college for a mystical journey to India, the knight on the quest of the Holy Grail, the chevalier of the Holy Spirit, who rejoiced my soul by his mere existence, proving that such adventures and such adventurers were possible in our world. 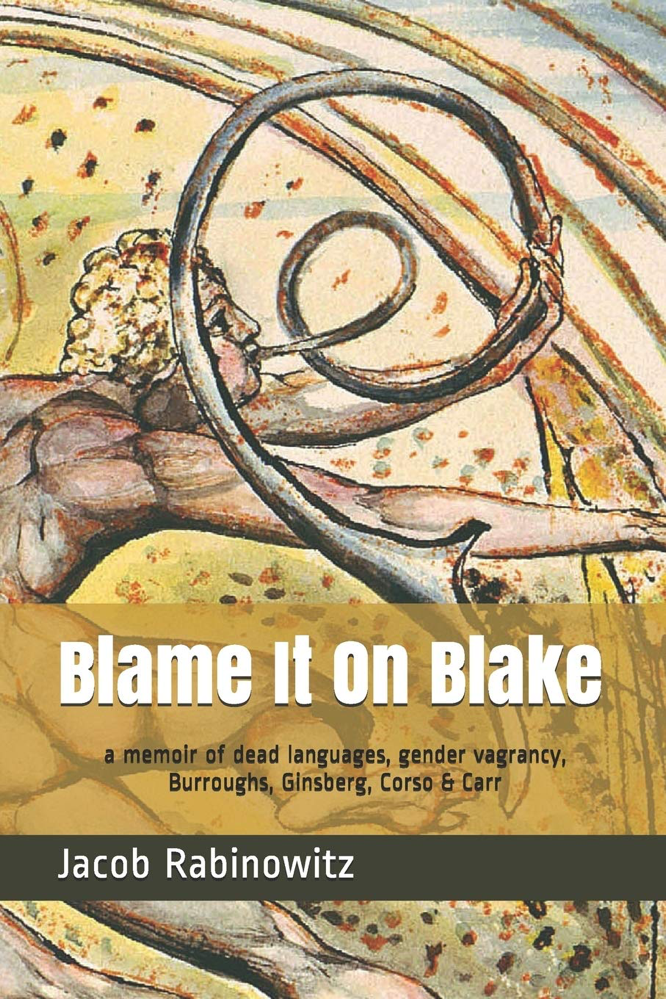