Hermetic Library Fellow T Polyphilus reviews The Secret School of Wisdom: The Authentic Rituals and Doctrines of the Illuminati edited by Josef Wäges and Reinhard Markner, translated by Jeva Singh-Anand. 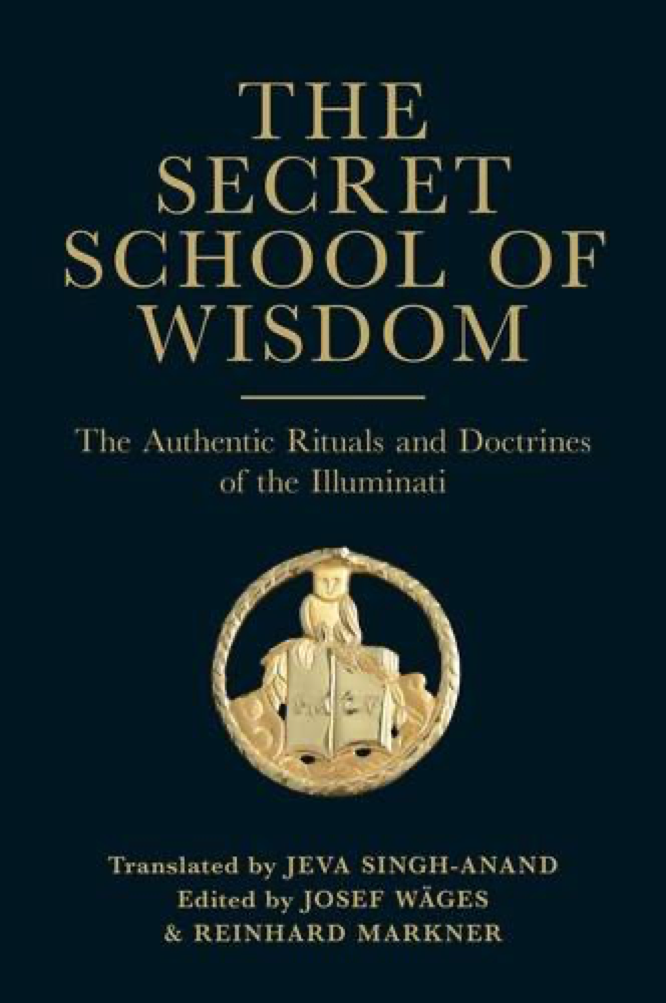 Collecting in English translation a full set of internal documents for the program and ceremonies of the original 18th-century German Illuminati order of Adam Weishaupt, The Secret School of Wisdom is an invaluable reference for responsible researchers of the history of secret societies. The book is arranged in a manner comparable to Israel Regardie’s The Golden Dawn, with a full set of ritual texts in degree order and associated instructional material throughout, almost as if it were a manual for operating the organization in its three ascending “classes”: Minerval, Masonry, and Mysteries.

The ritual content is easily the least interesting feature of the book. The Minerval ceremonies are simple and unremarkable. I was a little surprised to learn that a local organization of Minervals was called a “church.” The preliminary Masonic rituals have nothing to recommend them over any other versions of the Craft degrees as regards symbolism or execution, and the “Scottish” degrees are only of interest in terms of how they construct Masonic authority and connect with the larger structure of the Illuminati Order.

Far more worthwhile are the various instructions regarding recruitment and supervision within the Illuminati system, constitutional and organizing considerations, and the philosophical lectures of the Mysteries class. Even so, much of this material is pretty tame for latter-day readers, especially considering what great alarm and antagonism it was able to inspire when exposed among its contemporaries. Some of the Order’s teachings do promote a critical attitude toward civil and religious institutions, and it is easy to imagine that it would have been a hotbed of republican (i.e. democratic, as opposed to monarchist) politics in the revolution-fostering years of the late 18th century.

These German Illuminati were a forebear order of sorts for Theodor Reuss’ Ordo Templi Orientis (OTO). He had previously been an organizer for an Illuminati revival, and retained in OTO certain degree titles from the Illuminati. Those who have studied Reuss’ system will be able to see continuities in both structure and teachings, some of which even persisted through Aleister Crowley’s reform of the order. In particular, the 1903 Reuss and Kellner paper “Von der Geheimnissen der okkulten Hochgraden unseres Ordens“ appears to have been alluding to the teachings of Weishaupt’s advanced Docetist degree. More congenial to later conceptions of OTO is the passage in the Sage degree that includes this set of exclamations:

This book is hefty, overflowing with materials that will sometimes seem redundant to the casual reader. Although it is well-organized with a robust table of contents, it does lack an index, which fault will limit its ease of use for researchers wishing to return to its often-curious details. I am satisfied to have given it a thorough read, and I recommend it to those with a serious interest in the historical development of esoteric societies.