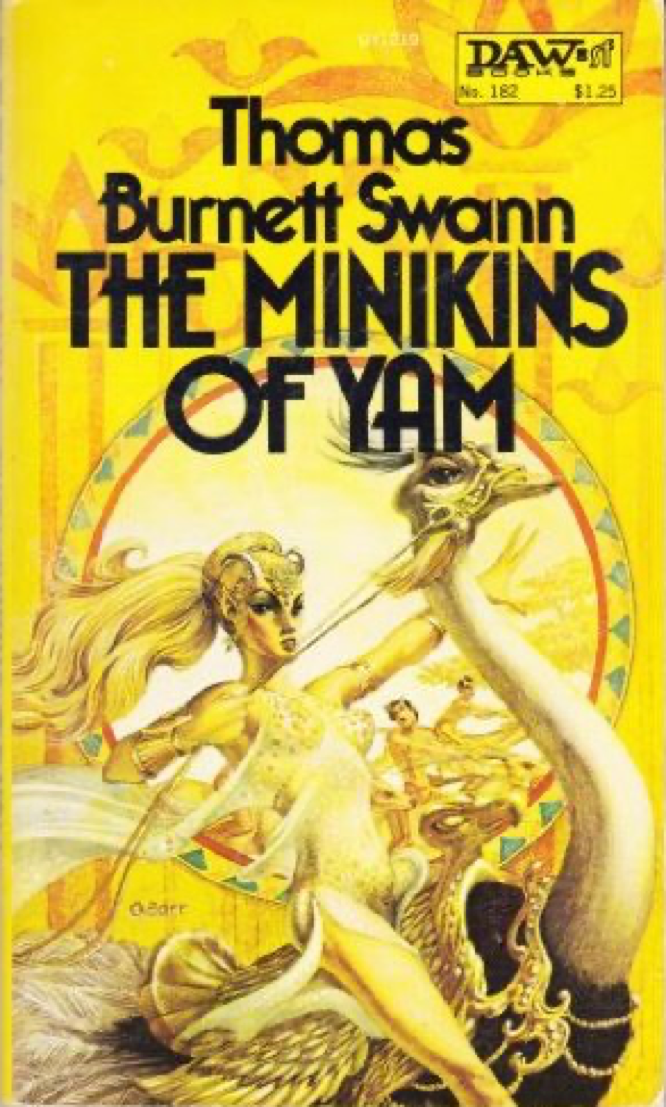 This fantasy set in antiquity is of a piece with other work by Thomas Burnett Swann. In this case, the setting is the Old Kingdom of Egypt and its neighboring African realm of Yam. The narrative is grounded in the ancient “Autobiography of Harkhuf” from the reign of Pepi II, and both Harkhuf and the pharaoh figure as central characters here. The chief minikin character Immortelle is not one of the Brown Minikins of Yam, she is rather a Golden Minikin in Yam, visiting there from distant Sappharine. Consistent with Swann’s recurring patterns of story and character, Immortelle is a whore of many virtues.

The minikins of the story are fabulous demi-humans with a portion of gazelle ancestry. Diminutive, horned, and four-fingered, they are more novel than the harpies, minotaurs, dryads, and other classical creatures that Swann often presents, but not quite so exotic as the strange people at the hub of his book Moondust. In addition to the “demons” and other intelligent non-humans of the tale, The Minikins of Yam features some supernatural magic, chiefly in the posthumous persistence of two key characters, Harkhuf’s wife Ti and Immortelle’s partner Tutu.

Typically for Swann, the story includes a number of embedded poems, and proceeds by means of fast-paced narrative and droll dialogue. The DAW edition that I read features a fine cover and interior art by George Barr, who provided the same service for other books by the author.