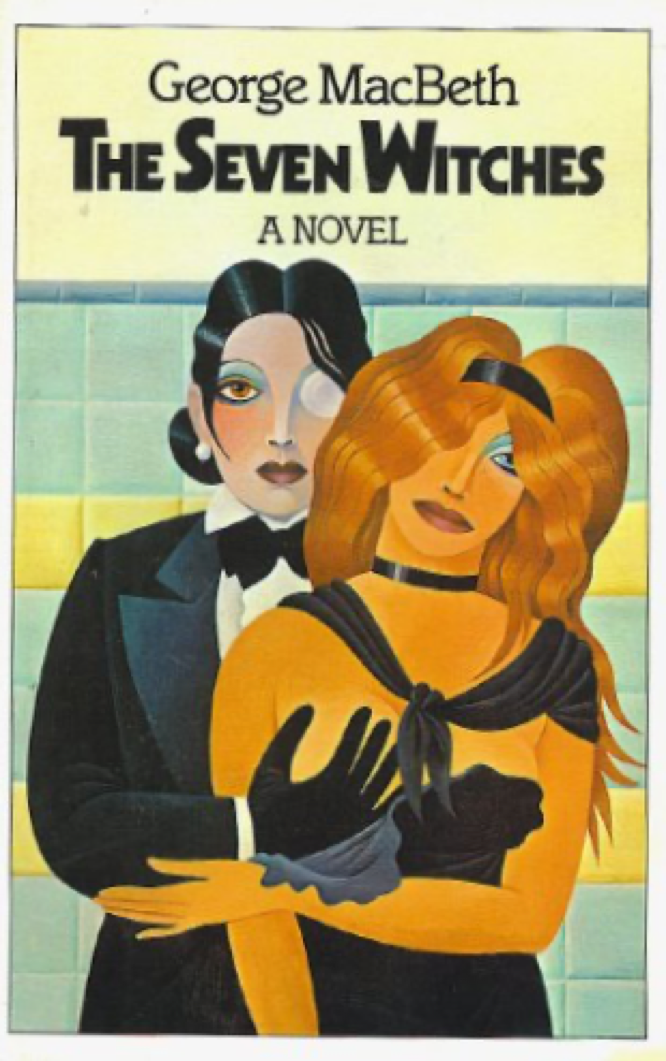 The Seven Witches is the second of three sexed-up espionage novels centered on the “licensed to screw” British secret service agent Cadbury. Despite her name’s apparent reference to chocolate, the focal honeypot is a blonde.

The title and lurid cover of this pocket paperback had me thinking it would have more occult content than it does. There is one somewhat tawdry ceremonial episode in the eleventh chapter, but the plot revolves around international oil politics, elite prostitution, clandestine pharmaceuticals, and personal revenge. Characters, including the protagonist, are largely unsympathetic. The intelligence establishment and political players are corrupt. The criminal antagonists are fanatical and often myopic.

Author Macbeth disdains the use of punctuation to indicate dialogue, and does a fine job of identifying it through context. All of the action takes place over a single week, although there is a fair amount of reference back to events in the previous Cadbury book, as well as a scene-setting prologue that takes place prior to Cadbury’s bygone recruitment.

This book wasn’t a chore to read, but I doubt that I will bother with either its predecessor or its sequel.