Composed in 2017 as multimedia for IAIDA : 418 – A Visual Celebration of Liber CDXVIII, a project by Two Horizons, a visual and audio exhibition which lives on as a downloadable app.

Prelude: The Cry of the 10th Aethyr that is called ZAX.

1st movement: The Devil of the Aethyr, that mighty devil Choronzon cries aloud; ZZNZ. Choronzon has no form, because he is creator of all form; and rapidly he changes from one to the other.

2nd movement: The Scribe is hallucinating – he believes that before him appears a beautiful courtesan …

3rd movement: … Choronzon springs within the circle and leaps upon the Scribe, throwing him to the earth.

Finale: The Seer takes the Holy Ring, and writes the name BABALON, that is victorious over Choronzon, and he is manifest no more. 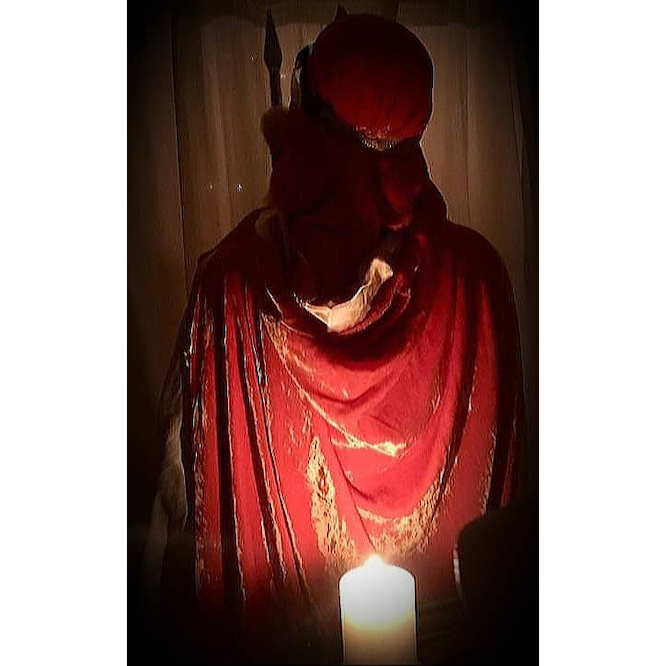 Under the roots in darkness mishorka crouched… Composer, multi instrumentalist and student of mysticism since 80’s.