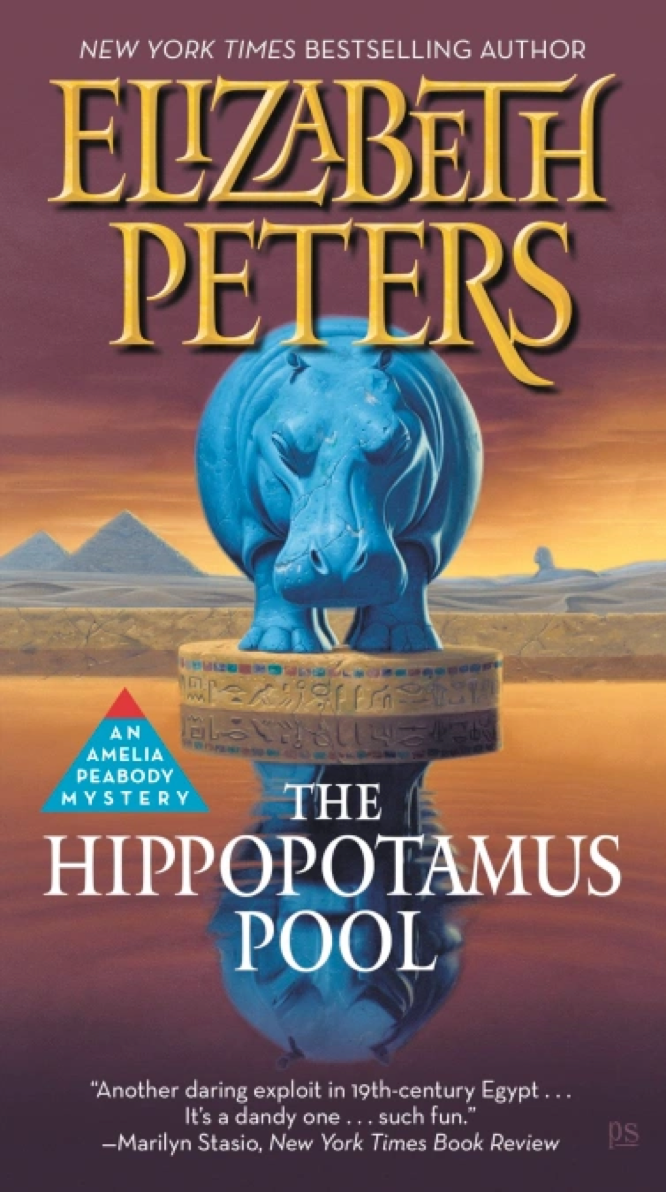 This eighth novel of the series is set on the cusp of the twentieth century. It is an almost paradigmatic Amelia Peabody tale, with the highest stakes in conventional Egyptology of any of them so far: the tomb of a queen with a sarcophagus unopened since antiquity. The whole multigenerational Emerson-Peabody clan is involved, and the children Ramses and Nefret (along with newcomer David) are now teenagers.

Peters disappointed me by showing some sloppy research: she called a copy of Blavatsky’s Isis Unveiled a “slim volume”! (It’s hardly such a scarce commodity that she couldn’t have found out firsthand the beefiness of its two volumes.)

Again, as in the previous book, a couple of useful maps are included–but at arbitrary points in the text which are not noted in any apparatus. A new feature is a dramatis personae list with descriptions prefaced to the novel. For those who resent spoilers (most mystery readers, I would presume), I recommend not reading this list at the outset, although I suppose it might be useful to those coming to the book without having read earlier volumes of the series. Did the author doubt her own efficiency of exposition with respect to the recurring characters? Still, it’s hard for me to see the value of “Characters Appearing or Referred to in The Hippopotamus Pool,” and I will certainly skip any similar offerings in later books.

The chapter titles are all quoted from the text, and they give a good sense of the witty tone, from “The Trouble with Unknown Enemies Is that They Are So Difficult to Identify” to “No Mystery Is Insoluble–It Is Simply a Matter of How Much Time and Energy One Is Willing to Expend.”