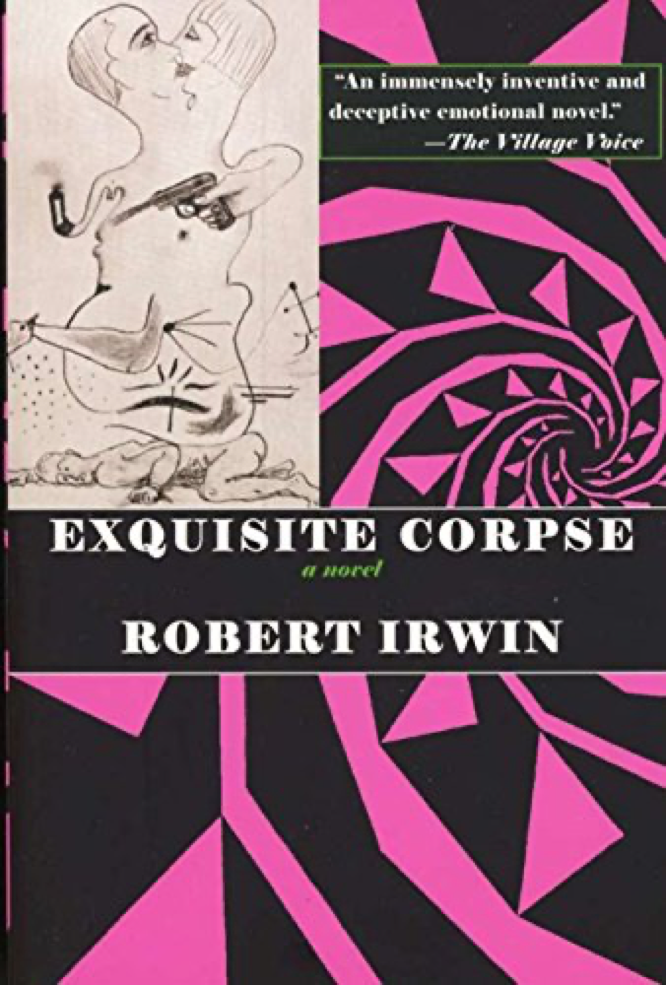 In Exquisite Corpse, Irwin’s novel takes the form of an “anti-memoir,” during the context of a London Surrealist cabal in the interwar period and the later dispersion of its members. The painter Caspar gives an account of his love for Caroline, his loss of her, and his subsequent efforts to find her, including the writing of the story itself. “What you hold in your hands is not literature, but a magical trap. Its sole purpose is to seek out Caroline” (10).

The result is a sort of Hypnerotomachia–not one in which the dreamer sleeps, but one where he adventures in “hypnogogia,” the Surrealist term of art for what a ceremonial magician would call the spirit-vision or “astral.” Nor is the dream one of nostalgia for classical knowledge and beauty. “At the dark heart of Surrealism is ugliness and terror” (49). Irwin captures the inchoate compulsiveness of left-esotericism in the first half of the 20th century.

The tale is littered with famous figures as bit players: Salvador Dali, Aleister Crowley, George Orwell, and others. They, along with the events of the war, help to anchor and orient the “marvellous” derangements of Caspar-Poliphilo, which finally arrive at the ambiguous consummation of his quest.