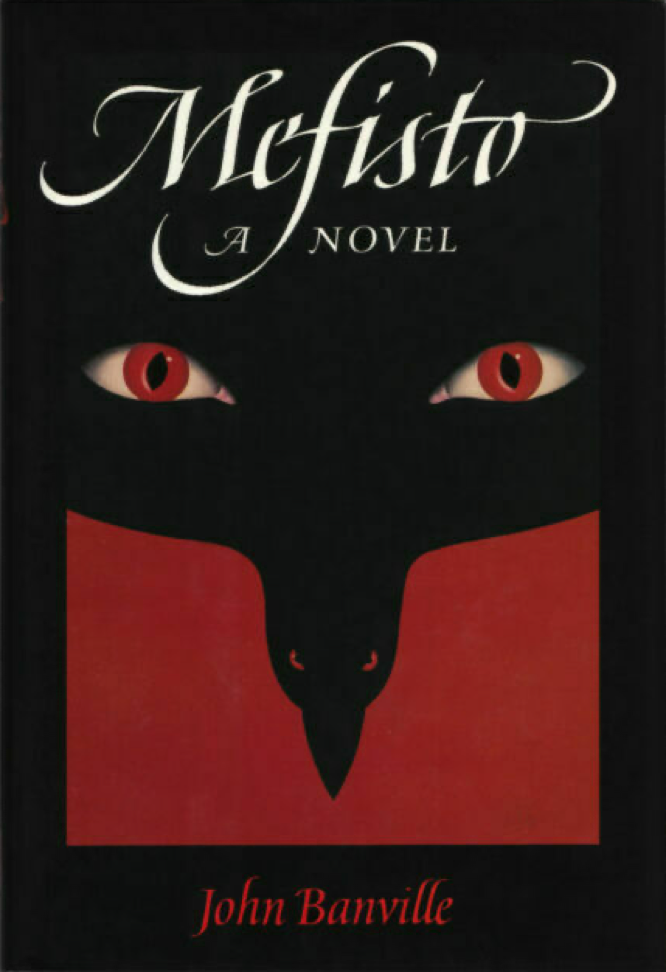 Banville’s Mefisto is a hell of a novel, brim-full of the evocative and penetrating prose for which the author is justly famed. I read it rapidly; the compulsiveness of the story and lucidity of its style was balanced by my desire to savor the images and ideas it conjured. The tone is quite dark throughout, moving unflinchingly through passages of pain, confusion, and disgust, punctuated by moments of ecstatic reflection and reverie. The unreliable narrator often pauses to question and contradict himself.

I found it strange that some of the conspicuous narrative elements in Mefisto had been presaged in other, longer novels by different authors I had read within the last year. The opening passage, in which an autobiographical account commences in utero and proceeds with failed twinning, was strikingly similar to the beginning of And the Ass Saw the Angel by Nick Cave. The build of the first part toward a mining accident, the consequences of which would define the remainder of the story, was like Robert Coover’s The Origin of the Brunists. Banville’s anti-hero Gabriel Swan “doesn’t believe in coincidence”; do I?

Swan is a mathematical prodigy who lets his ideas entrance him. In the two parts of the book (“Marionettes” and “Angels”) the mephistophelean Felix is perhaps one of those ideas. (Having previously read Fight Club was in no way injurious to the experience of this book, which further made me observe that Palahniuk’s debut was also a Faust story.) I couldn’t help picturing Felix as an actual charming sociopath of my former acquaintance, even in defiance of some of Banville’s details, like his red hair. There are many internal parallels between the two parts: each involves a sanctuary, a patron, a woman whom Swan desires, and an arc through an enterprise to its unraveling. Perhaps Sophie in the first part is Faust’s Margaret, and Adele in the second is Helen.

The novel takes place in a 20th-century Ireland, with a certain parabolic vagueness of time and place. Could it be a politico-historical allegory? Not to the extent that it would diminish the human story presented at the individual scale. It is definitely a book worth multiple readings, and one that can hold its own in the rarified club of elite Faust literature alongside Goethe, Bulgakov, and Mann.