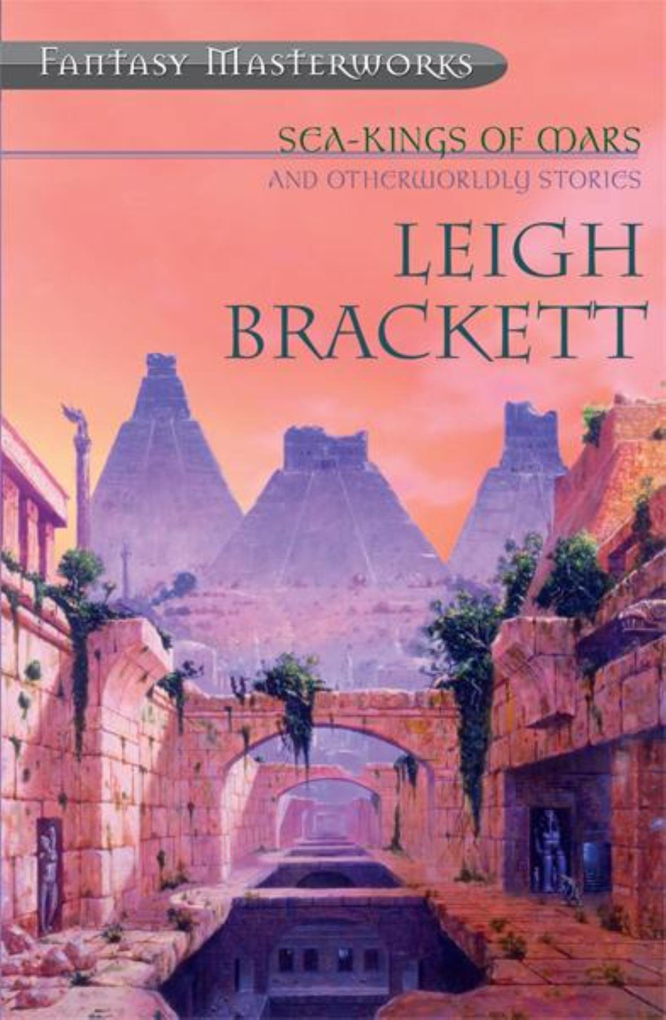 This book is a Fantasy Masterworks compilation of Golden Age science fiction novellas and short stories set on the habitable and human-populated Mars and Venus of mid-20th century imagination, as influenced by the fantasies of Edgar Rice Burroughs. By and large, Brackett’s protagonists are rogue archaeologists (self-confessed “tomb robbers”), thieves, and mercenaries. The complete absence of female protagonists might have been in keeping with the general run of the pulps at the time, but I note that her contemporary C(atherine). L. Moore was able to deliver a good lead heroine once in a while. Still, Brackett does include a respectable range of well-drawn female characters. And lest I accuse her of kowtowing to the white male science fiction hegemony, her recurring “Earthman out of Mercury” hero Eric John Stark is black.

Brackett’s ancient Mars–as rendered in the title novella and several of the other stories in this anthology–is a terrific fantasy adventure setting, worthy of role-playing or other crossover exploitation. In addition to the Mars and Venus stories, the book supplies “The Jewel of Bas” on some nameless otherworld, and the short Mars-related “Tweener” set on Earth.

“Black Amazon of Mars” is pretty much Brackett’s version of Lovecraft’s “At the Mountains of Madness,” and I liked it very much. Mind-transfer or psychic possession is a theme, usually a dominant one, in at least half of the stories in this volume, and telepathy is common. Once in a great while, Brackett has one of her spacefaring humans venture a “scientific” hypothesis about the mysterious ancient technology of Mars or Venus. These efforts may be somewhat cringe-inducing among educated 21st-century readers, but they are brief and thankfully rare.

Editor Stephen Jones provides a closing essay with a detailed bibliographic overview, for which I was grateful. I certainly look forward to reading more of Brackett’s adventure stories, and Jones has helped me to identify some target titles for my wishlist.