An irregular hodgepodge of links gathered together … Omnium Gatherum for March 7, 2021

So, I know I already posted separately about this on Patreon, but this weekend I finalized four mug designs for the next new Patreon merch offering! And, I also have the first of those four designs set up and completely ready for when people hit their milestone, which should start in May. 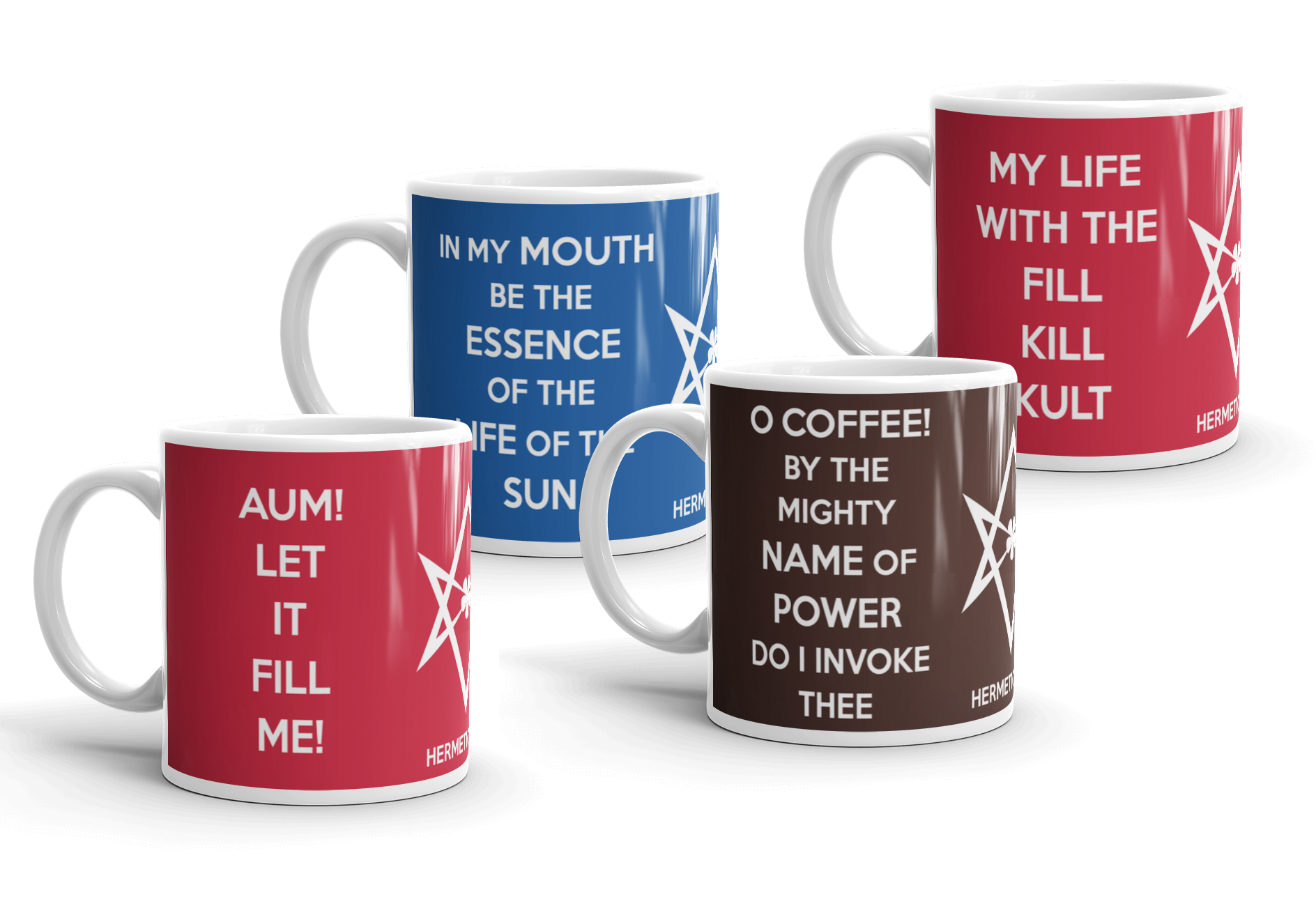 The first one I set up is “Aum! Let it fill / kill me!”, and I’ll probably go in the order shown here, from left to right. Here’s the full designs, showing both sides of each (of the four, only “fill kill kult” has the same thing on both sides):

Also, the very first merch item has started to ship! I set that up in January, and I got an email that fulfillment was starting. According to my records a few have actually shipped, and they’re already going all over the world, including UK, Spain and Japan! If you’re an Omnologist or above, you should have one coming, but you’ll need to make sure that there’s an address associated with your Patreon account. I notice there’s a few Patrons that don’t yet, so Patreon can’t ship until that’s fixed; but, for everyone that does have an address filled in, you’ve got a mini print on the way!

Next month the Berniemit(tens) / Baphomet sitcker should start to fulfill for everyone with Epistemologist and above, and then, again, in May, the first mug design will go out already for Ontologists and above! Wow! This new merch experiment is really getting busy!

I’ve not got to figure out what to do for the next new merch item after the mugs, which will be, I think, pretty sure, full sized wall posters; and I’m afraid, like I mentioned, I’m going to have to create new Patron tiers for that. Also, I need to start thinking about the next mini art print! Also, also, I need to figure out when to swap those designs so that people who want it, get it, but also people how got it, get the next one without waiting too long for me to get it set up. It’s a conundrum! But, we’ll get it sorted together as this experiment is still new to us all, and I’m finding out new things about it each time I set something up.

In other news, it’s almost warm enough to keep my windows open 24/7! Also, I recently paid a deposit on a future install date, to be determined, on 1 Gbps fiber service to my house, the library World Headquarters! Whee! I’m really trying not to jinx it by talking about it, but I’m pretty excited for this to happen. Whenever it actually happens. Soon? I hope!