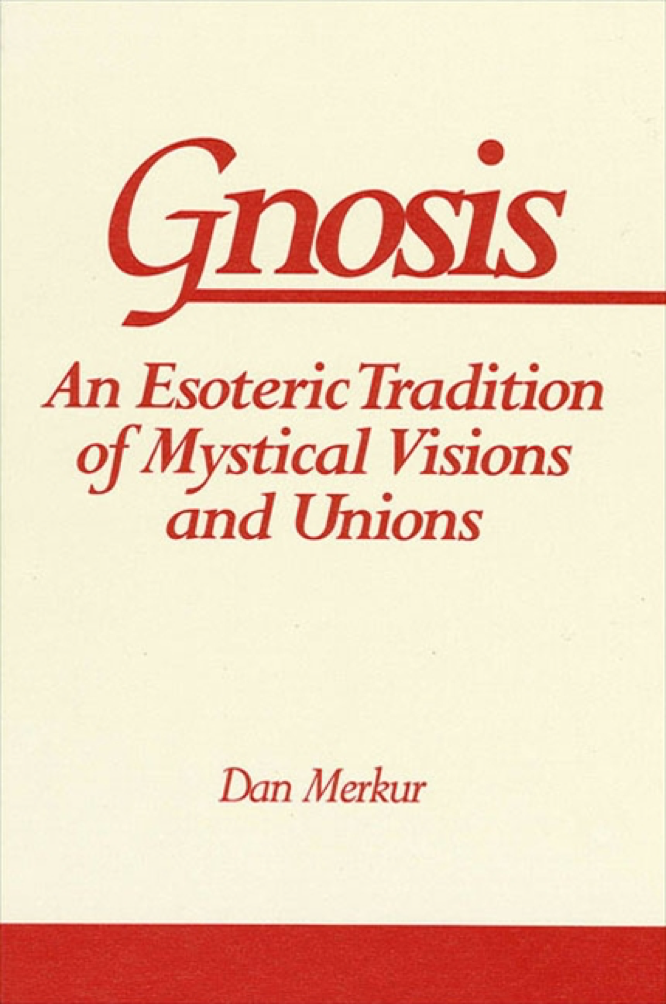 This valuable study of the history of religion has a vast scope and an unusual perspective. Author Dan Merkur uses psychological features to suggest genealogical relationships among a constellation of religious schools and movements including ancient Gnosticism, hermeticism, Kabbalah, esoteric Shiism, Sufism, and European spiritual alchemy. Despite his use of psychology and avoidance of supernaturalist explanations, I found no whiff of reductionism in these accounts.

The “gnosis” of the title is a significantly different concept than the “Gnosticism” of most 20th-century scholarship, as Merkur clarifies. He addresses a persisting and developing gnosis “in terms of visionary practices” (114), rather than seeking to circumscribe the historical phenomenon as a myth-laden deviation from Christianity, defined by anti-cosmic doctrines. He takes scholars of Gnosticism to task for their Procrustean attachment to ancient heresiologies (e.g. 127) and for their neglect of a wider significance of “gnosis” both in antiquity and among earlier historians.

Leading into each of the major sections of this study there are useful methodological and definitional reflections. These are followed by historical explorations. In “Part One: Jung, Active Imagination, and the Gnostic-Alchemical Hypothesis,” the history is developed in reverse, digging down into a genealogy of the Jungian understanding of alchemy, and finding its roots in ancient chrysopoeia. “Part Two: A History of Gnosis” provides a diachronic account from the ancient past through early modernity, tracing the “passage of gnosis” through regions and religions.

The book ends without any sort of summing up or wide-angle view. The final chapter concerns “The Vegetable Stone,” and it is an inquiry into the same topic as that of my own paper “The Angelical Stone of Elias Ashmole,” researched without knowledge of Merkur’s book and published twelve years later in Aries 5.1. Our accounts are in basic agreement, although my research went into greater detail on the immediate circumstances of this evident case of Elizabethan psychedelic mysticism.