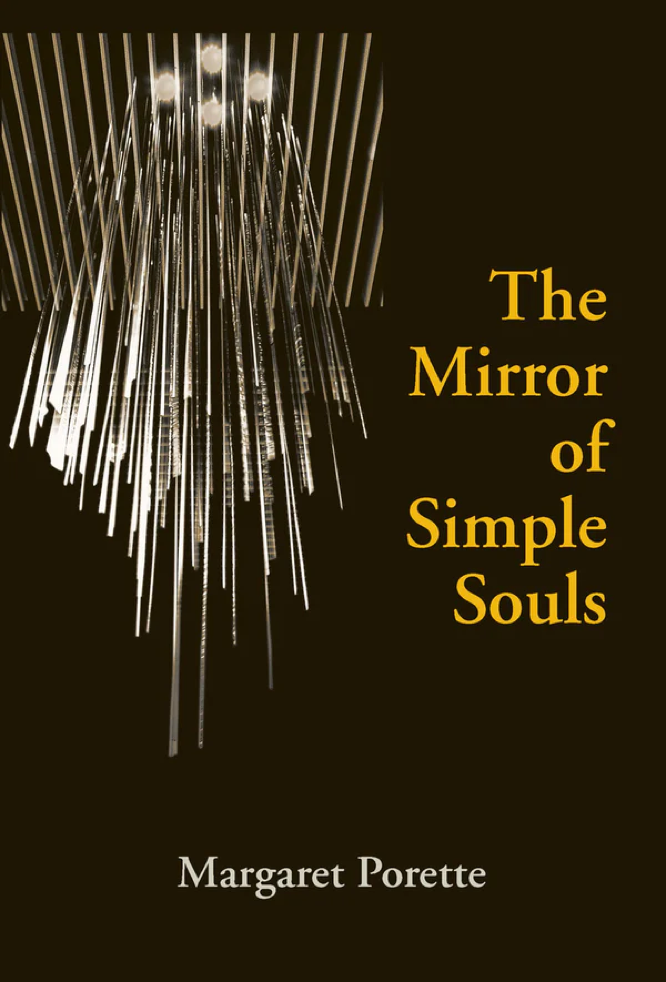 This masterpiece of Christian apophatic mysticism is notable for also containing a high degree of affective content. It includes elements of Boethian allegory and draws on the literary tradition of courtly love, while describing the annihilation and apotheosis of the Soul in a set of visionary conversations. Church authorities considered its contents to be dangerously heretical because of the antinomian idea (sometimes connected with the heresy of the Free Spirit) that the mystic who attains to annihilation has desire free from sin, and thus may exercise his or her will without constraint.

“And therefore I say to all that no-one who understands as I do will understand this book unless he understands it by the strength of Faith and the Power of Love, who are my mistresses, for I obey them in all things. And then too, says Reason, I want to say this: that whoever has these two strings to his bow, that is the light of Faith and the power of Love, he has permission to do whatever pleases him, and the witness of this is Love herself, who says to the Soul: Beloved, love, and do what you will.” (30) This text thus manifests a link in the germination of Thelema between Augustine’s Dilige et quod vis fac (“Love, and do what you will”) and Colonna’s Trahit sua quemque voluptas (“Let each follow his own pleasure”).

Marguerite was burnt at the stake for heresy in 1310, less than a month after the similar execution of fifty-four Knights Templar. Her book had been incinerated earlier, but she persisted in authorizing its distribution. After her death, it was sufficiently prized by its readers that they continued to circulate it sub rosa, and it was not reconnected to her authorship until the middle of the twentieth century. In the meanwhile it was influential on other mystics including Eckhart and Ruysbroek.

Porete’s idea of annihilation bears fruitful comparison with the Sufi doctrine of fana. Thelemites will be well-advised to study The Mirror of Simple Souls in connection with Liber CLXVI and its related rituals and attainments.