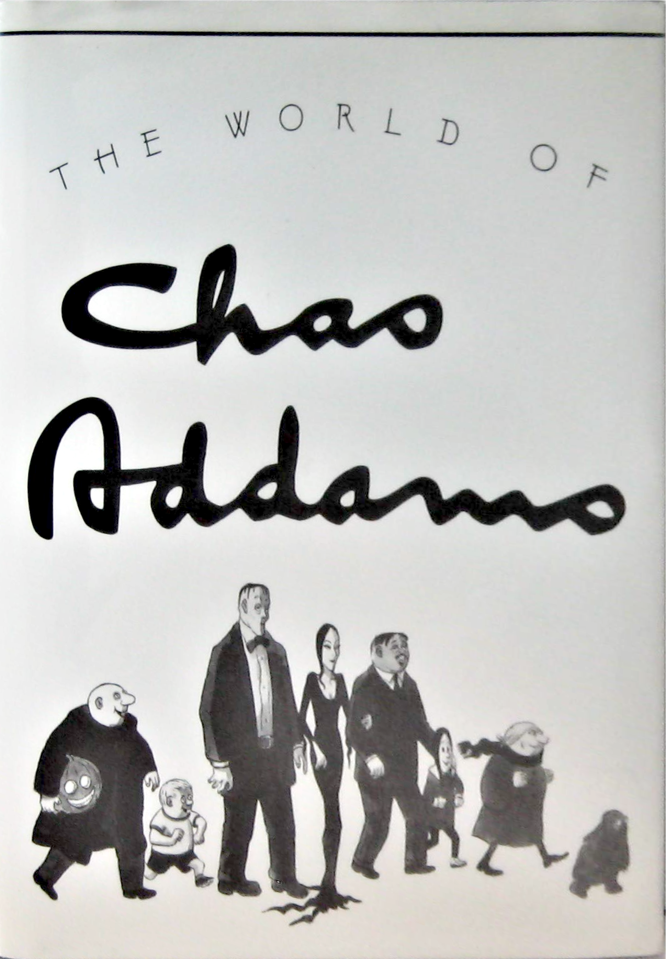 This large-format book collects three hundred of Charles Addams’ magazine cartoons, along with a couple dozen color cover illustrations, mostly from The New Yorker, and from his entire long career. Although Addams is best-known for the eponymous Family (Gomez, Morticia, Wednesday, Pugsley, Uncle Fester, etc.), they appear in only a minority of these cartoons. If those are set to the side, what remains reminds me of nothing so much as the Gary Larson “Far Side” oeuvre. There are the same sort of surreal juxtapositions, agency given to animals, incongruous cultural encounters, and borderline misanthropy.

A repeated note here (which does not appear in Larson’s work) is that of uxoricide and mariticide, whether just accomplished, in progress, or merely fantasized. High culture is used to comic effect with visual allusions to Munch’s “The Scream” (261) and to the Laocoön Group (215), among others.

Perhaps my favorite in the book (158) shows a man in a barber’s chair viewing the receding cascade of opposing mirror images of his head, where the one five reflections deep has the face of a monster. Another choice cartoon shows men reclining around an opium den, with a sign on the wall that reads, “Occupancy by more than 31 persons is dangerous and unlawful” (51).

Although the earliest of these cartoons is almost ninety years old, they have aged quite well, and the whole book is a treat.