Hermetic Library Fellow T Polyphilus reviews Epiphany of the Long Sun: The Second Half of The Book of the Long Sun [Amazon, Publisher] by Gene Wolfe. 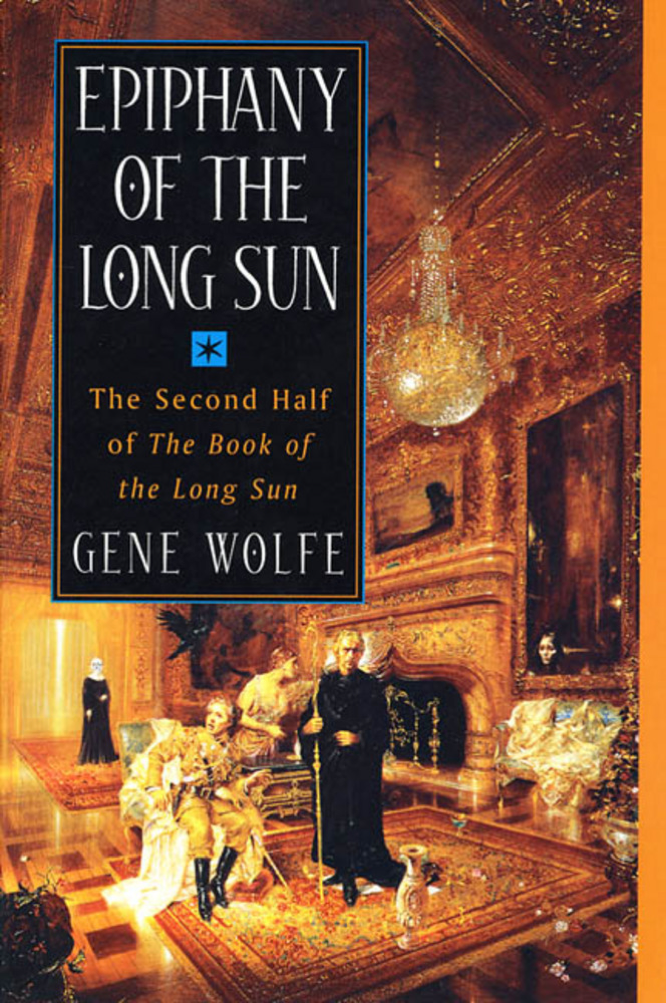 The closing arc of the Long Sun series is this Epiphany, comprising Caldé of the Long Sun and Exodus from the Long Sun. As in the prior New Sun series, our protagonist ascends to political sovereignty before arriving at apotheosis. A key difference, mentioned in my review of Litany of the Long Sun, is that he is not the narrator. The fictive authorship of these Long Sun books is in fact established in the final volume. That turn is handled artfully in a concluding “Defense,” and then cleverly undermined in a subsequent “Afterward” (sic).

Where the earlier part of the series seemed to bring the relations between bios and chems into relief, there was a significant emphasis in this one on speaking animal characters: the bird Oreb and the cat Tick. As I understand many readers to have done, I became a great fan of Oreb. Tick was mostly irritating.

Much of these last two books concerned the increasing intensity of political and military relations between the city-states of Viron and Trivigaunte. Their cultures and technologies are very distinct, and these supply a lot of fuel to the plot.

There was a good deal of positive development of the characters from the Chapter that supplied Viron with its religious officials. Both Incus and Remora–with their respective verbal idiosyncrasies–underwent a fair amount of rehabilitation in this second arc. An important Patera Jerboa was introduced, and there was new and interesting information about the Sybils Mint and Marble. A startling explanation was supplied very late for the enigmas surrounding the Prolocutor Patera Quetzal.

I disagree with some other readers who insist that the Long Sun tale of Patera Silk is subordinated to author Wolfe’s Catholic Christian agenda. While it’s undeniably true that Vironese religion draws on biblical materials and the history of both Catholic practices and the pagan religions with which Christianity has competed and participated in cultural exchange, I don’t think that the story of the Vironese “Exodus” is just a rehash of the Hebrew one with Silk as Moses. Silk’s personal patron deity the Outsider is certainly meant to reference the God of Christianity, but there’s little evidence that the Outsider will enjoy any ultimate success, and Silk seems to be significantly reconciled (an understatement?) with Pas in the final book. The “Prophet Auk” is perhaps even more in the position of Moses, but at the behest of Tartaros. The Triviguantis are shown as being culpably monotheistic with their exclusive reverence of Sphigx, which is an interesting turn.

For some reason, it wasn’t until I had finished reading the whole series that I realized the actual point of future-historical intersection with (or divergence from, rather) the New Sun books, which was signaled by the two-headed Pas, father of the gods of Viron and its Whorl.

It appears that the Short Sun books take up as pretty direct sequels to the Long Sun, and I will read them this year.