Hermetic Library Fellow John Michael Greer reviews Eros, Magic, and the Murder of Professor Culianu [Bookshop, Amazon] by Ted Anton at Games of Love and Death in the Caduceus archive. 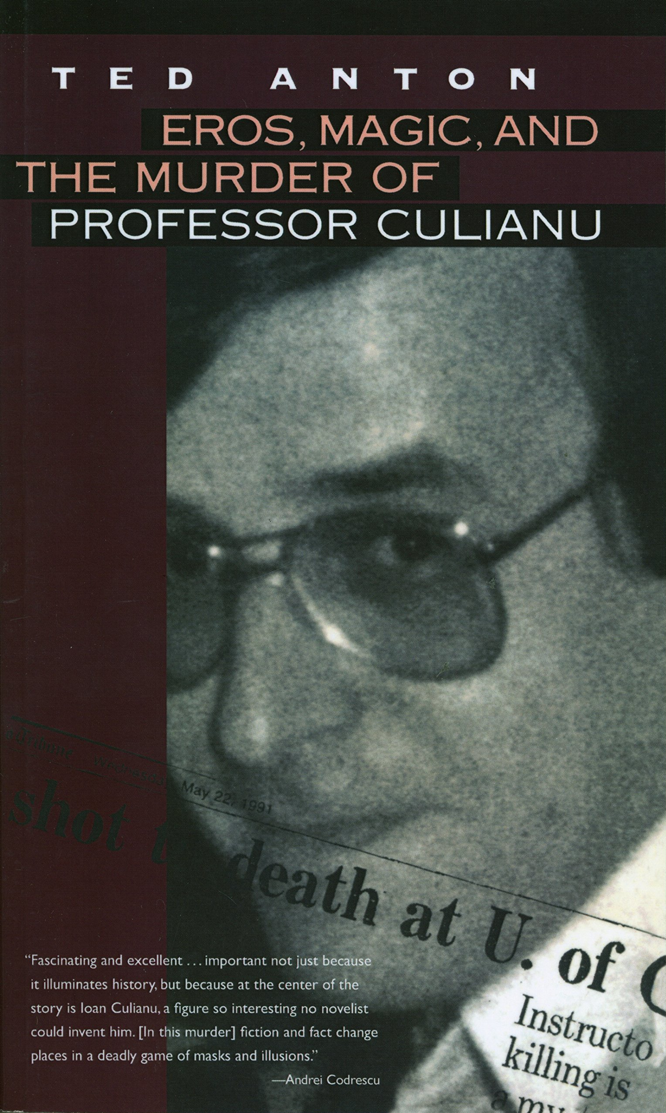 Joan Petru Culianu, whose meteoric career in academic circles came to an abrupt end via an assassin’s bullet in 1991, remains at once the most intriguing and the most enigmatic of modern scholars of the occult. His major works on the subject — Eros and Magic in the Renaissance, Out Of This World, and The Tree of Gnosis — and his many articles and essays show at once a deep familiarity with the sources and a rare willingness to take them seriously. Probably no one of his generation has had a greater effect on the way magical traditions are understood in current scholarship. Behind the publications and academic honors, though, lies a life that is in many ways more intriguing still.

Ted Anton’s Eros, Magic, and the Murder of Professor Culianu is a capable attempt at tracing the outlines of that life, from Culianu’s childhood and youth in Romania through his defection to the West, his academic posts in Italy, the Netherlands and the United States, his collaboration with the famed historian of religions Mircea Eliade, and his involvement with Romanian politics after the 1989 revolution — an involvement that apparently brought about his death. Through the entire course of his life, two sides of Culianu can be seen, sometimes cooperating, sometimes in conflict: one, highly ambitious and focused on climbing his way up the ladder of academic success; the other, deeply involved in the magical traditions of the Renaissance not merely as a scholar but as a practitioner.

It’s by portraying this second facet that this book is likely to make its greatest contribution to an understanding of Culianu’s thought, and of Culianu himself. The esoteric involvements of the academically respectable tend, even now, to be hushed up as though they were the dirtier kind of family secrets; the case of W.B. Yeats, whose Golden Dawn activities were systematically ignored by the critical community until Virginia Moore’s The Unicorn forced the issue, is only one of many examples. Those who might wish to think of Culianu as a detached, purely academic chronicler of magical traditions, though, will receive little help from Anton’s book. An early involvement with yoga — Romanian friends recalled him practicing up to five hours a day — led Culianu on to a wide range of involvements with practical occultism, from a habit of doing geomantic divination at parties on up to the systematic use of talismans and of Giordano Bruno’s magical Art of Memory. These arts, central to so much of his life, also had a part to play in his death; his passionate articles in the Romanian emigre press criticizing the post-Communist government of his homeland, the writings that apparently brought about his assassination, were structured according to the same magical principles of manipulation through emotionally charged imagery that he described in detail in Eros and Magic in the Renaissance.

Many practitioners of Western magic may disagree with substantial parts of Culianu’s interpretation of occultism, an interpretation which focused on manipulation and control and largely ignored the mystical, transpersonal aspects of the magical arts. Still, Culianu’s works are the product of practical experience, not merely armchair theorizing, and well worth studying for that reason alone — and Anton’s book provides a useful and intelligent introduction to the man and his ideas.