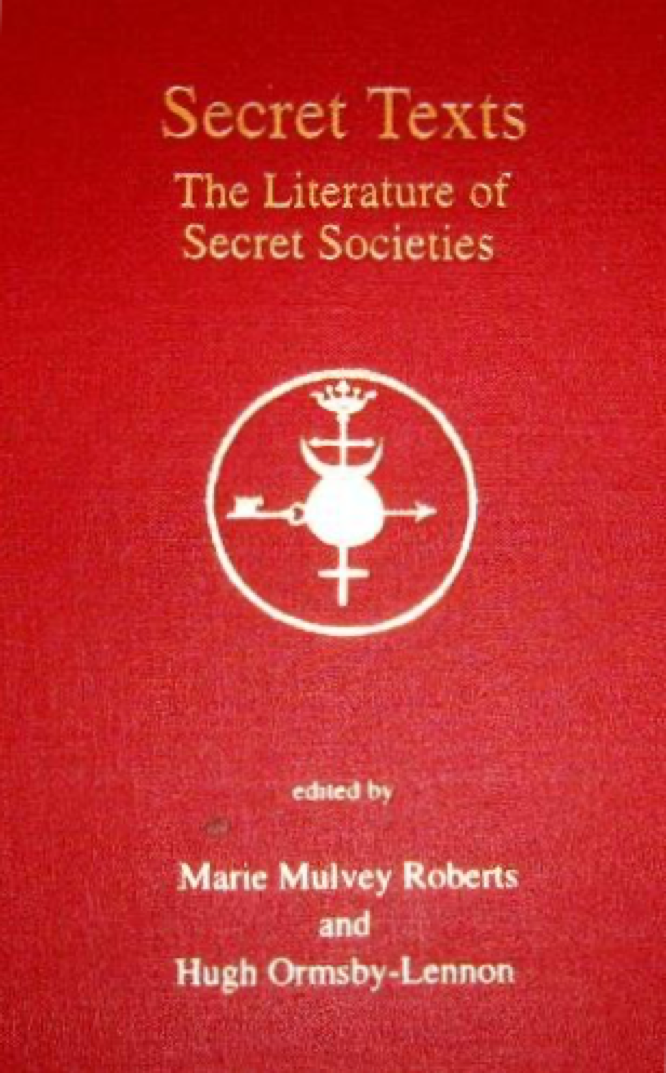 There is often a certain degree of discomfort in the air when current scholarship faces the topic of the various secret traditions and organizations which have played a part in the history of the modem world. To a great extent, of course, this is understandable, and even reasonable. The claim of secrecy has been used time and again as a cloak under which unbridled speculation, special pleading and out-and-out fantasy have been carried into historical debate and used to prop up an infinity of crackpot theories. If there’s no evidence for a claim, after all, that simply shows how well the secrecy has been maintained. Doesn’t it?

This kind of reasoning, endlessly repeated by conspiracy theorists and fringe thinkers of many other kinds, has made the study of secret phenomena something of an untouchable topic in the present academic world. Still, the issues raised by secrecy as a political, cultural, and even spiritual style have to be dealt with, unless a far from minor side of the Western world’s history is to be ignored. Even though so many past and present conspiracy theories are exercises in paranoia rather than history, there have been real conspiracies down through the years; it’s worth remembering that even the Bavarian Illuminati did actually exist at one point, and attempted (however clumsily) a program of political subversion in late eighteenth-century Germany. Distasteful as it may be to modern scholarship, the material is there, and needs to be dealt with.

Secret Texts: The Literature of Secret Societies is an attempt to do so, and in many respects it is a praiseworthy one. An anthology of papers first conceived at an MLA special session on “The Masonic Enlightenment” in 1986, it broadened its focus to include a range of topics related (sometimes distantly) to secret societies and the literature written by, for, about and against them in the modern period. The resulting collection is a highly uneven but sometimes illuminating set of journeys through this particular, and peculiar, terra incognita.

Some of the gems in the anthology include a thorough and insightful examination of images of the “Book of Nature” in English religious, political and esoteric thought by Hugh Ormsby-Lennon; a useful biographical study of Josephin Peladan, the self-proclaimed Rosicrucian and organizer of the epochal Symbolist art exhibitions of the 1890s, the Salons de la Rose-Croix; a capable study of the role of A. E. Waite’s thought in the writings of poet, novelist and Inkling Charles Williams; and a survey of the Golden Dawn’s appearances in popular fiction by R. A. Gilbert. Less interesting, although probably unavoidable, are several pieces of standard literary criticism claiming — sometimes with flimsy logic — secret societies and their ideologies as interpretive keys to various works of literature.

Deserving a discussion of its own is a remarkable article by Marsha Keith Schuchard on the interface between esoteric traditions, Masonry, and political conspiracies in eighteenth-century Europe. Schuchard’s doctoral dissertation, a study of the continuity of occult traditions in English literature that focuses on William Blake and his circle, has become something of a cult classic in scholarly circles interested in the history of occultism, and this article is very much in the same vein. Focusing on the career of the Swedish mystic Emmanuel Swedenborg, it opens up a Pandora’s box of troublesome questions – not merely about Swedenborg himself, who is linked here both to fringe Cabalistic movements and to intrigues linking the Swedish crown to the Jacobite rising of 1745, but about potential con-tacts between occultism and politics on a large scale, in a period – the period of the Enlightenment – when the esoteric traditions of the West are often thought of as moribund. While Schuchard’s evidence is more than occasionally circumstantial, the points she raises deserve a very thorough examination.

Also worth a discussion of its own, but for different reasons, is the introduction to the volume. Here the discomfort mentioned above appears in an almost comical form. The editors here are far less concerned with introducing their subject than with distancing themselves from it, and from the “burgeoning para-scholarship” with which – in the eyes of Academe, certainly – it is infested.

“That the lunatic fringe has failed, so signally, to make any landfall in the present volume,” the editors propose, “will, it is hoped, further contribute to the rehabilitation of secret societies as a legitimate subject for scholarly research.” Perhaps so. Still, this sort of kid-glove nervousness – however inevitable it may be in the context of the current politics of scholarship – suggests that the time is still some ways off when the academic community can face the esoteric traditions of the West on their own terms, as significant elements of modern Western culture and history.