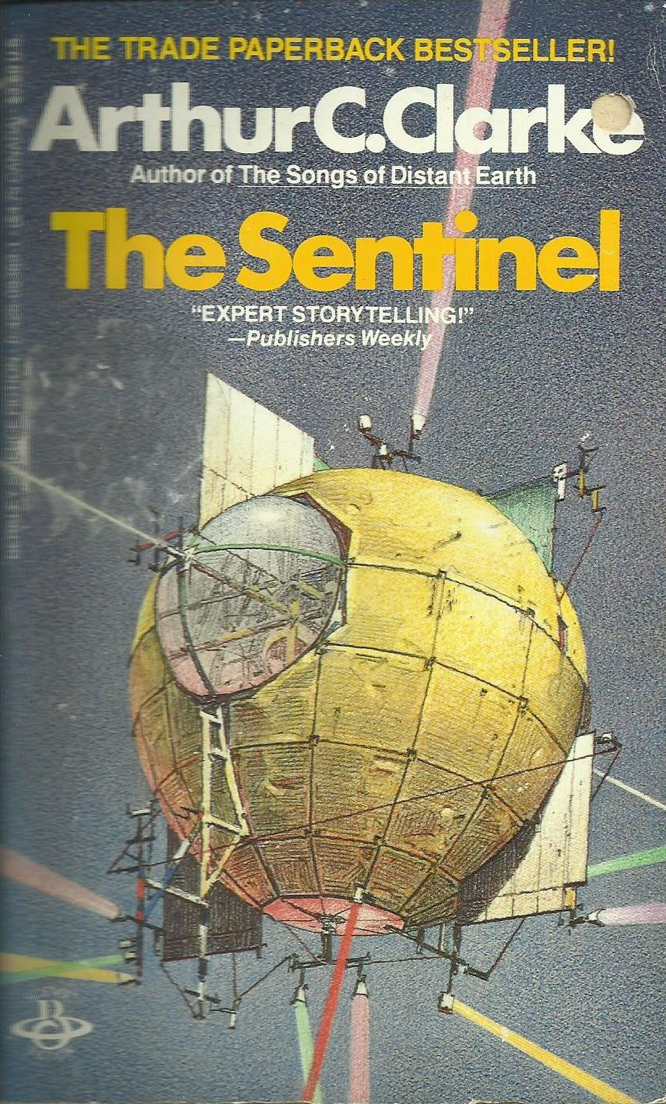 The Sentinel collects nine pieces of Arthur C. Clarke’s short fiction, with an author’s introduction. These represent earlier work, since the 1972 story “A Meeting with Medusa” was Clarke’s last, after which his fiction consisted entirely of novels (237). Each individual story is also supplied with a brief introduction by Clarke circa 1983.

Several of these stories are notable as having eventually contributed to novels by Clarke. The eponymous “The Sentinel” was the germ of 2001: A Space Odyssey. “Guardian Angel” was the basis of the first part of Childhood’s End. “A Meeting with Medusa” contributed premises to 2010: Odyssey Two.

Despite some later incorporation into larger works, these stories do not generally presume a shared narrative continuity or “future history.” Clarke was distinctive for his emphasis on scientifically plausible “hard” science fiction, to the point where composing a story could require “twenty or thirty pages of orbital calculations” (153). As a result, his relatively near-future stories of space exploration written over four decades had to change in order to align with the real-world developments of astronautical knowledge.

Clarke tended to err on the optimistic side. It was a little sad to read him writing in 1951 about a manned lunar surface exploration in 1996 which most certainly did not come to pass (139). Generally he avoids specific dates in these stories, though.

The story that was most interesting to me was “Breaking Strain,” something of a psychological sketch regarding two men on a spaceship reduced to life support resources for one. It had a passing literary reference–somewhat anomalous among these pieces–to Cabell’s Jurgen. Another story where there was a curious real-world reference was “Refugee,” which painted a rather flattering picture of the British monarchy.

My copy of the book is a Barnes & Noble reprint of the Byron Preiss Visual Publications collection. It includes attractive and apt illustrations by Lebbeus Woods in black and white–roughly one full-page drawing per story (and in one case a two-page spread).