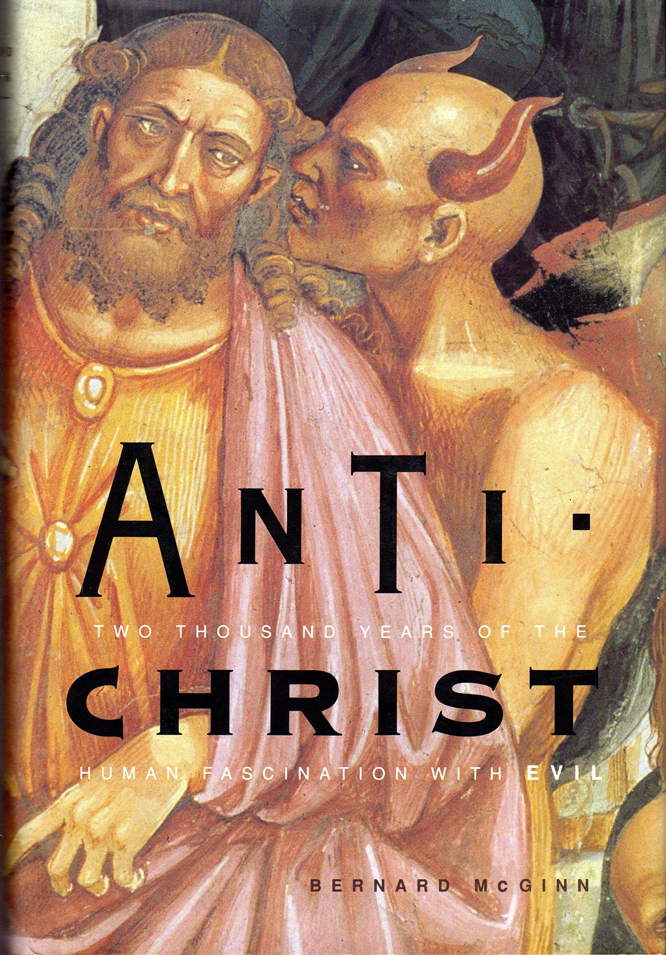 This accessible, well-documented history of the development of the story of Antichrist was surprisingly unexciting. Although a work would have to be much larger to treat exhaustively of the topic, McGinn’s is nearly as comprehensive as its scale permits. He proceeds at a steady pace from pre-Christian antiquity through the late twentieth century, and by the end, he proposes that he and the reader should be tired of the topic. (280)

Theologian McGinn dismisses mythicists like me as a “lunatic fringe” for being skeptical of the evidence for a “historical Jesus.” (34) But his fractious consensus of “New Testament scholars” is even less persuasive than the because-we-say-so of traditional clergy. And, although he is himself evidently a Christian (of the non-Fundamentalist sort, he is quite clear), he seems not to have faith in any sort of antichrist himself, nor to think that an incarnation of the Lie could be a constructive idea for modern believers.

Writing in the early 1990s, the author may have anticipated a market for Antichrist related to the approach of the year 2000, but he certainly couldn’t have foreseen the Obama Antichrist rumor and ‘net meme that would arise later. Reading his account of the traditional ingredients of Antichrist legend, it is possible to see, for example, deep synergy between the Antichrist allegations and the charge of crypto-Islam aimed at the 44th US President. Another bizarre potential correlation is for born-again Christian George W. Bush to be the “Last Emperor” who is supposed to precede the reign of Antichrist. (The early medieval trope of the Last Emperor is typically absent from the Dispensationalist neo-Millenialism common to today’s Christianist chiliasts, though.)

One significant element missing from McGinn’s treatment–in its modern phase at least–is the appearance of professed antichrists, such as Friedrich Nietzsche and Jack Parsons. While it could be tempting to excuse such an oversight by disqualifying such figures as lying outside of the spectrum of Christian belief, the book does actually include treatments of Jewish and Muslim Antichrist parallels, as well as a discussion of Jung’s secular psychological theory of Antichrist.

Overall, the book is useful for readers wanting to get a historical handle on the Antichrist concept and its evolution. McGinn claims that Antichrist belief has become marginal and unoriginal in modern times, but he admits that there’s no way to be sure of the extent to which it formerly penetrated popular consciousness. And I would add that not all our current elites are as erudite as Professor McGinn, so his admission that Fundamentalist Evangelicals are “a limited, if powerful, segment” of Christianity should give the socially-reflective reader pause regarding just how irrelevant the anticipation of Antichrist may be.