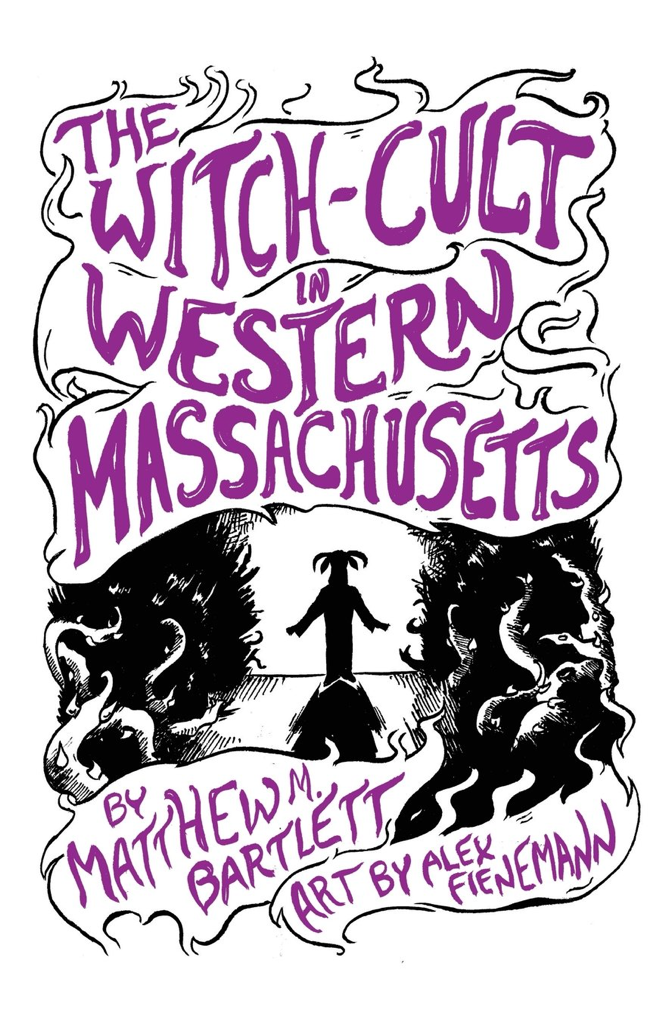 Barely a book–more of a print-on-demand chapbook–this little 31-page document is conspicuously labeled “VOLUME 1,” so it is reasonable to suspect that author Matthew M. Bartlett has more of this sort in preparation. The text consists of single-page biographical vignettes, each about a different witch. As the title indicates (and a brief foreword clarifies), these notably wicked folk are neither from the Arkham country of literature, nor the actual Eastern Massachusetts known for its witch persecutions. They are situated in the genuine geography of the western part of the state, in periods ranging from the seventeenth century to the present.

There isn’t so much about a “cult” per se; only in a minority of cases are the relationships among the witches made explicit, or details afforded about their joint enterprises. The narrative voice is a pious one, seeking to “shine God’s light” on the matters discussed in the book. The comic effect is heightened by a sober historical tone, even when describing very recent figures, or recounting “facts” to which no secular historian could be privy.

Illustrator Alex Fienemann’s contributions to this volume match Bartlett’s in scale. For each witch’s single page of biography, she has supplied a facing full-page illustration in black and white. With their creative borders, symmetrical compositions, and juxtaposed figures, these consistently occupy a stylistic zone somewhere between cartoon and tarot trump.

The Witch-Cult in Western Massachusetts is a light novelty recommended to occultists and readers of weird horror.