The Secret Grimoire of Turiel, Being a System of Ceremonial Magic of the Sixteenth Century [Amazon, Abebooks, Local Library] by Marius Malchus, reviewed by Randall Bowyer in the Bkwyrm’s Occult Book Reviews archive. 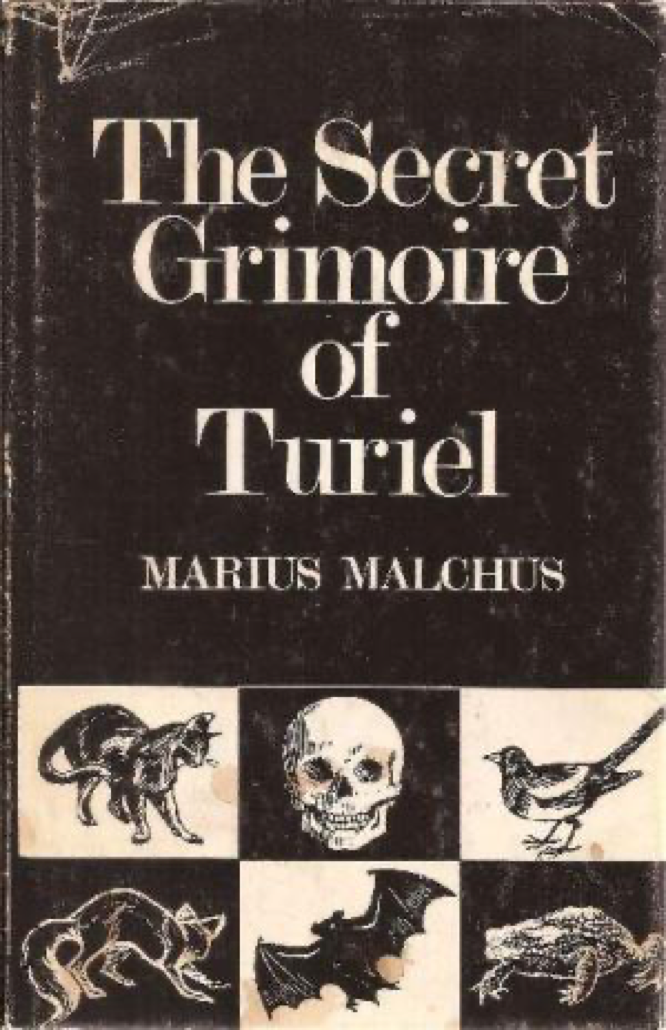 While visiting the Canary Islands in 1927, Mr. Malchus purchased from his tour guide an English translation of this grimoire (he was also offered the original Latin MS, dated 1518, but did not buy it). Later he recopied the grimoire and destroyed the original (for reasons which are apparently supposed to be clear to the reader) so that his personal copy was – he believed – the only English translation extant.

The grimoire is a short little thing, very Catholic, that combines elements of the Greater and Lesser Keys with the Olympic planetary spirits – nothing especially exciting. A couple of pages at the end are plagiarized from A.E. Waite.

This little book is of personal interest to me because I happen to know that Malchus’s copy of the grimoire is not the only extant English translation. The fact is that the 1518 Latin MS made its way from the Canary Islands to Papua, New Guinea, where my father purchased it in 1943 from a native girl, under rather mysterious circumstances. Years later, I discovered it among my father’s war memorabilia and prepared an English translation, after which, for reasons which should be clear to the reader, I destroyed the original sixteenth-century manuscript.