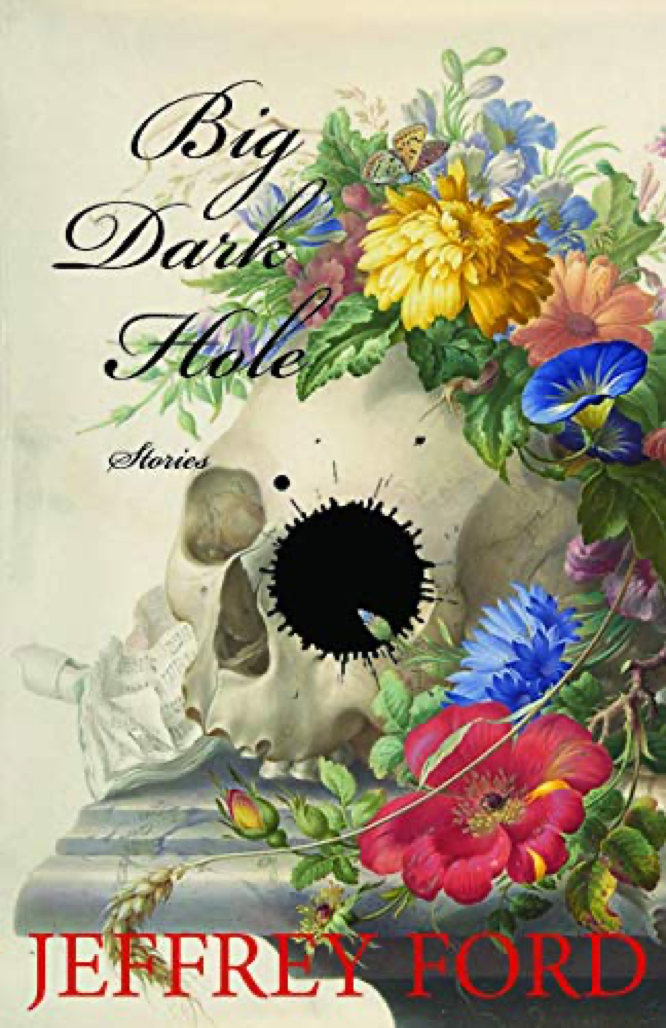 Big Dark Hole is a collection of fantasy and horror stories by Jeffrey Ford. Comparing it to his previous collection A Natural History of Hell, I find that the Hole is more this-worldly in its choices, with only two stories (“The Inn of the Dreaming Dog” and “Sisyphus in Elysium”) set in realities that do not at least seem to be our world within the possible stretch of living memory.

In fact, there are a number of stories where the speaker is Jeffrey Ford, an aging writer of stories and teacher of writing, one who likes to spend the evenings at his Ohio farm house drinking wine on the porch with his wife Lynn. But these stories, which notably include “The Match,” “The Bookcase Expedition,” and “Five-Pointed Spell,” are not a bit less weird in the events they recount than the bizarre carnival story narrated by a man with two faces (“Hibbler’s Minions”) or the one in which a perennial dinner guest turns out to be no one’s friend or relation and perhaps not human at all (“Thanksgiving”).

There’s a bit of additional self-referentiality in “Five-Pointed Spell” where a Hex Doctor tells “Ford” that “In real life, the supernatural declines to explain” (186). This refusal is supposedly different than in fiction, where “it must” explain. Yet in most of Ford’s stories here, the characters grope for explanations, largely in vain, when confronted with horrors and wonders outside the scope of the mundane. If the reader is able to settle on a rationale, Ford’s touch is light enough that it will seem like a discovery.

These pieces are largely reprints from multi-author collections and periodicals, but I had not read any of them before. This book confirmed Ford as a favorite of mine among twenty-first century writers of weird fantasy.