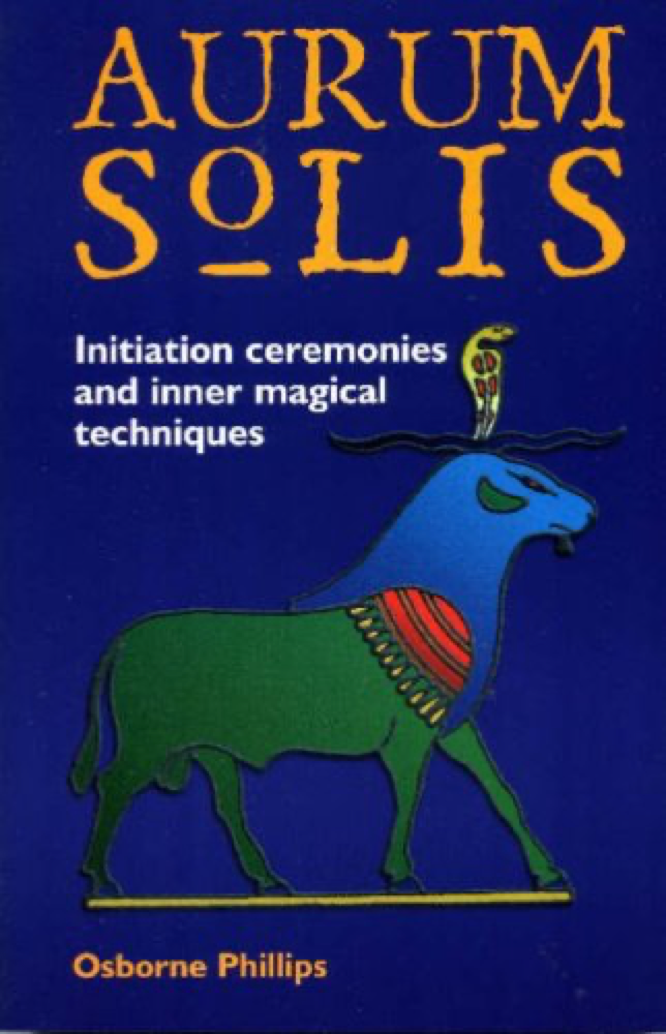 Osborne Phillips, former Chief of the Ogdoadic occult order known as the Aurum Solis, here reveals for the first time the initiatory ceremonies of that order, along with papers on their symbolism, the symbolism of the officers and some of the magical techniques and visualizations utilized in those rituals. The main symbolism of the Aurum Solis is Greek, though utilized with an hermetic understanding and with corresponding hermetic techniques. Officer titles in this degree include Hermes, the Initiator and Archmagus and Asklepias, the Assistant Adept. The third and final degree of the Aurum Solis combines Greek symbolism along with Egyptian and other ancient traditions. Aurum Solis provides a brief history of the Order and also discusses the initiatory pattern used by the Aurum Solis’ initiatory scheme known as the Fivefold Pattern of the House of Sacrifice. The book is then divided into two sections, the first dealing with the first two degrees or Outer Order of the Aurum Solis, the second concerning the third degree or Inner Order.

The Outer Order chapters, after the introduction, first discuss the temple set up used by the Aurum Solis, describing the placement of its furniture, banners and other symbolic “decoration”. Next the symbolism of the temple officers, their vestments or clothing and their pentacles or lamens is discussed. After this a ritual consecration of the temple space, along with explanations and visualizations is given. Finally the first and second degrees, called the Neophyte of the Great Work and Servitor of the Secret Flame, respectively, are given, again along with symbolism, descriptions of movements, magical techniques and visualizations.

The second section, concerning the Inner Order, follows a similar format as the previous section. First the Telesterion, the special temple or magical working space associated solely with the Aurum Solis’ third degree, is described. Next the officers and their regalia are described, along with their symbolism. The next chapter concerns the “Great One of Enchantments,” which is the name of the special Egyptian wand used in the third degree initiation, is described, along with its consecration ritual. Fourth the ritual of the third degree, called the Votary of the Sun, is described and explained. Finally there is a chapter called “The Bond of Light” that gives the consecration ritual for the Tessera; the symbol of the Work of the Aurum Solis.

Aurum Solis is an important addition to the already existing corpus of Aurum Solis materials. While it does not appear to provide the complete secrets of the Order’s initiation ceremonies on the level that Pat Zalewski’s Golden Dawn Rituals and Commentaries does, it does provide the beginning magician a framework to operate under and the experienced magician enough tools to fill in the blanks. It completes, as it were, the purpose of the Aurum Solis Magical Philosophy series, which previously gave its readers the important techniques and philosophies of the Order. The only drawback of the book is its complete lack of diagrams and drawings.