He had known about the general prosperity that had bloomed continuously, like the flower of some giant and impossibly hardy weed, for the forty years since the end of World War II, and he had known how this wealth had been distributed among and spent by the nearly all-inclusive middle class that, as every year passed, put more time into less productive work and made more money for it. 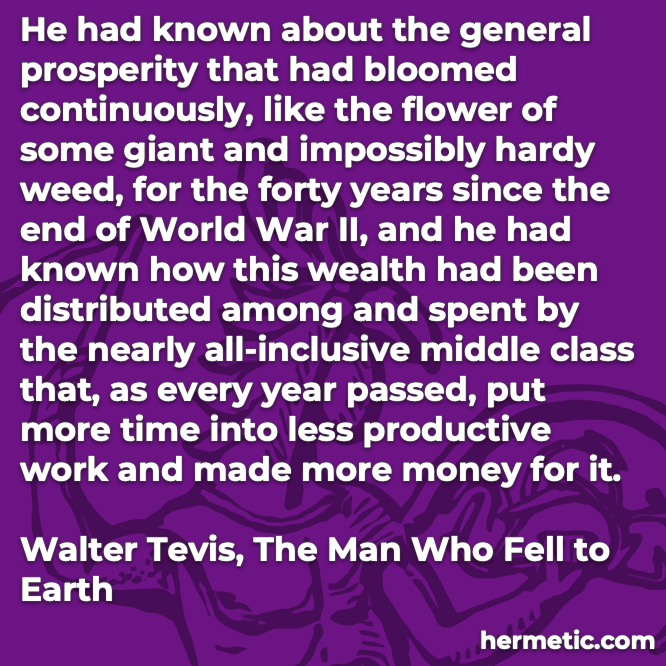