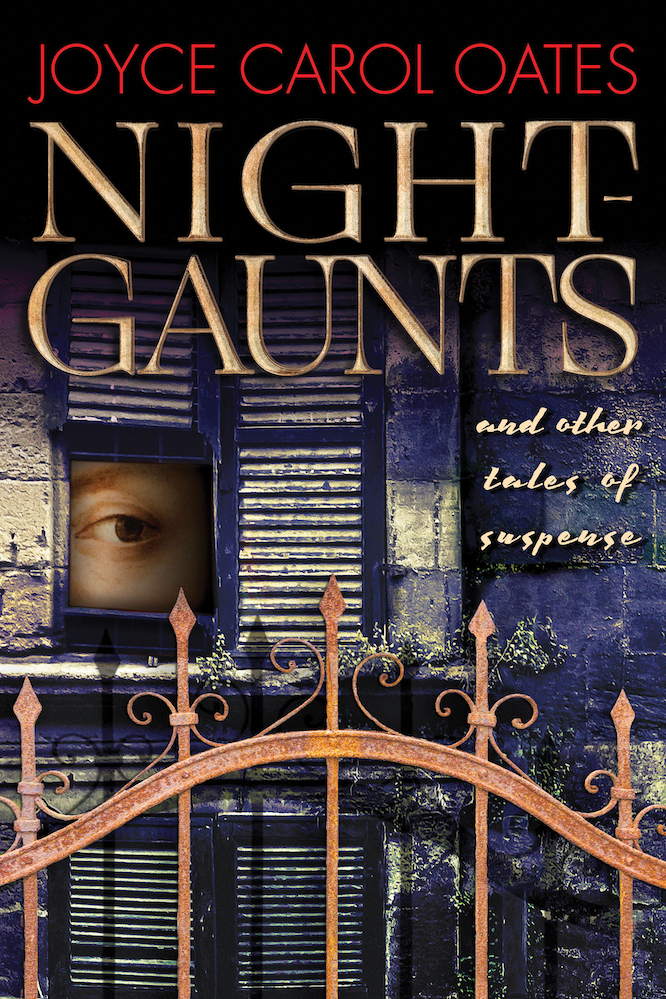 This relatively recent collection from Joyce Carol Oates offers a half dozen “tales of suspense.” They are not supernatural horror, despite the title’s allusion to the monstrous phantasms of H.P. Lovecraft. Although all written in the third person, each is thoroughly psychological, tracking the thoughts of villains and victims on the cusp of horrible events. There is a lot more person than plot in these stories, and the substance of them is the interaction of character with circumstance.

The first story “The Woman at the Window” was (according to its prior publication) inspired by an Edward Hopper painting, and I’m sure the painting in question must be 11 A.M. (1926).

These tales tend toward novella length, typically on the long side of what can be read in a single sitting, but often subdivided into chapters. The longest story in the collection is “The Experimental Subject,” which is trained on the interior world of a scientific researcher seducing an undergraduate student into being unwittingly inseminated with chimpanzee sperm. Strangely, it is probably the closest of any of the stories in the book to having a “happy” outcome.

The title story that concludes the book is an account of “Horace Love, Jr.,” a fairly transparent fictionalization of the biography of Lovecraft. It takes for its premise the same thesis set forth in this bit of criticism from Kenneth Callaghan:

“Lovecraft was masquerading, for the purposes of fiction, as both the son and as his own father, thereby giving himself permission to use his own father’s madness for fictional purposes, and informing both himself and us, the readers, of the secret facts of his pathology that his own father was unfortunately unable to provide to him. In his fiction, if not in his life, Lovecraft was able to assume the mask, and the role, of the father, and with none of the messy aftereffects of STDs, wives, or possession by an all-consuming and all-destroying sexuality.” (Lovecraft’s Dark Arcadia, 86)

There is a bit of thematic resonance between “Night-Gaunts” itself and the other pieces of the collection, particularly “Sign of the Beast” and “Walking Wounded.” All of these stories have vivid characters with their subjectivities unravelled in engaging prose. The endings are sometimes like a song finishing on a suspended chord–you know where the story might go, and Oates allows you to do the work of taking it there.