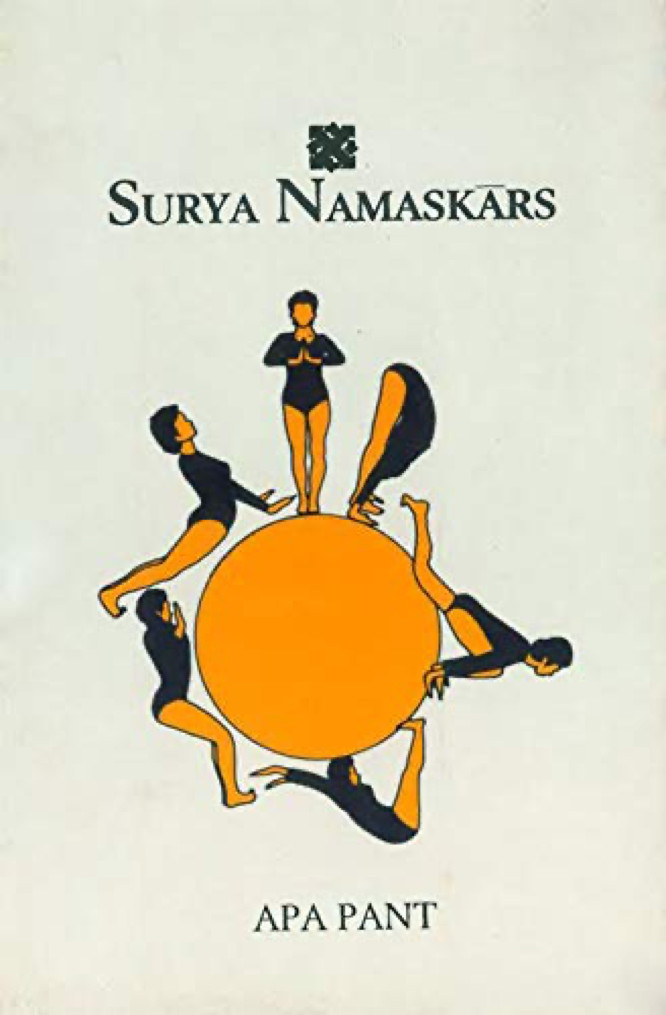 I was delighted to find what seemed to be a little 75-page book completely on the topic of yogic sun salutations, especially at a time when I was reinvigorating my own practice of solar meditation. Unfortunately, the real surya namaskars section is only the third chapter out of seven: the rest are philosophical and practical orientation to yoga in general. But there is no question that author Pant sees sun salutation as the keystone of his personal practice, one with benefits that he extols at length. In fact much of the book seems taken up with the recital of such benefits: it emphasizes the why of yoga practice at least as much as the how.

In the surya namaskars chapter itself, ten of the thirty pages are fully occupied by photos of the postures that are components of the practice, and the accompanying text descriptions did not vary from what I had been taught in various yoga classes. What was novel to me was the emphasis on mantra as “an integral and important part of the practice.” (22) Pant gives a dozen compound mantras constructed out of pranava, bija, and solar appellations, e.g. Aum Hroom Suryaya Namah. Each mantra is to be repeated ten times (once before each posture) in the course of a cycle of surya namaskars. It is not clear to me, though, how to square this instruction with the breathing pattern prescribed for the postures, which gives a half-cycle of breath (either inhalation or exhalation) for each of the positions.

The cover illustration shows diagrams of the six unique postures of surya namaskars, since four of the ten are duplicates of the others. But they are arranged in a circle, which requires the repetitions if it is to illustrate the real cycle of the practice, showing how it returns to the starting position. The parts of the book I liked best were the introduction with its heliolatrous philosophy and autobiography, the final chapter with anecdotes on “Some Aspects of the Supernatural,” and the appendix with a letter on meditation. The whole makes a decent primer on yoga.