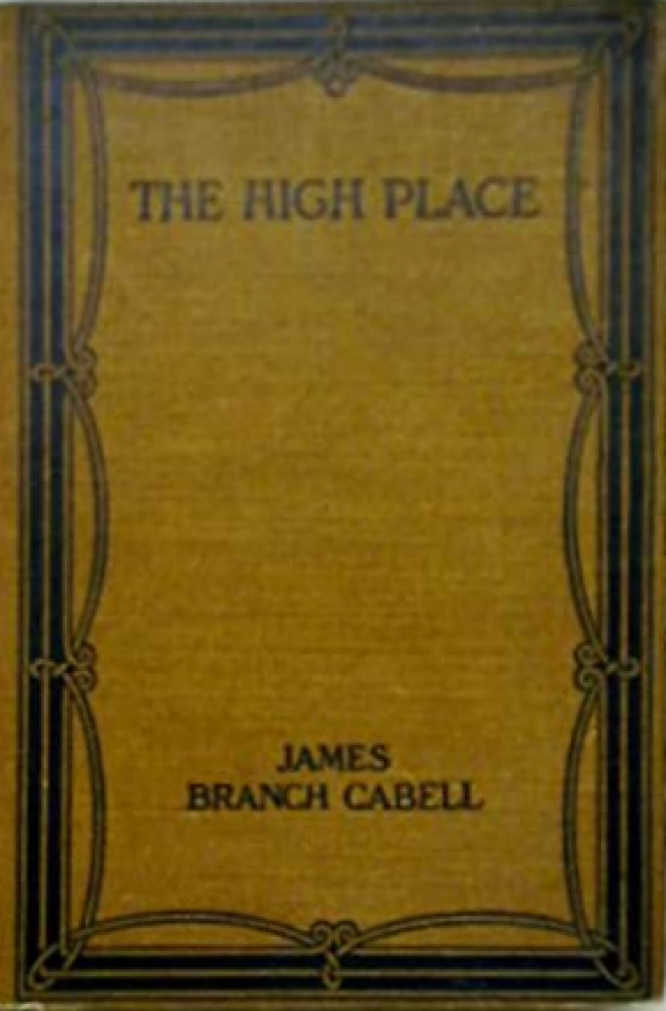 The High Place is Cabell’s most efficient and effective composition as a fantasy novel. It riffs on both the Sleeping Beauty and Faust legends, through the gallant dream of Florian de Puysange (who is, of course a descendent of Manuel the Redeemer, and thus entitled to be included in Cabell’s hyperwork Biography of Manuel). It uses its two seminal legends to put pagan and Christian religion into hilarious comparisons with each other, as well as a terrific culminating chapter (28. “Highly Ambiguous”) with a conversation between the Archangel Michael and Cabell’s Pan-Devil figure Janicot. Florian is conspicuously free of the ravages of moral conscience, a feature which distinguishes him slightly from the book’s second-most-entertaining character, the pagan-high-priest-cum-Christian-saint Hoprig.

Cabell’s arch sense of humor skewers the conventional mores of twentieth-century Americans quite well even when his stories are set in an imaginary France of the 18th century. This book is actually far more confrontational than the scandalous Jurgen in that respect. It’s an excellent choice for readers just trying Cabell for the first time, and it shouldn’t be missed by those who have already enjoyed his work.