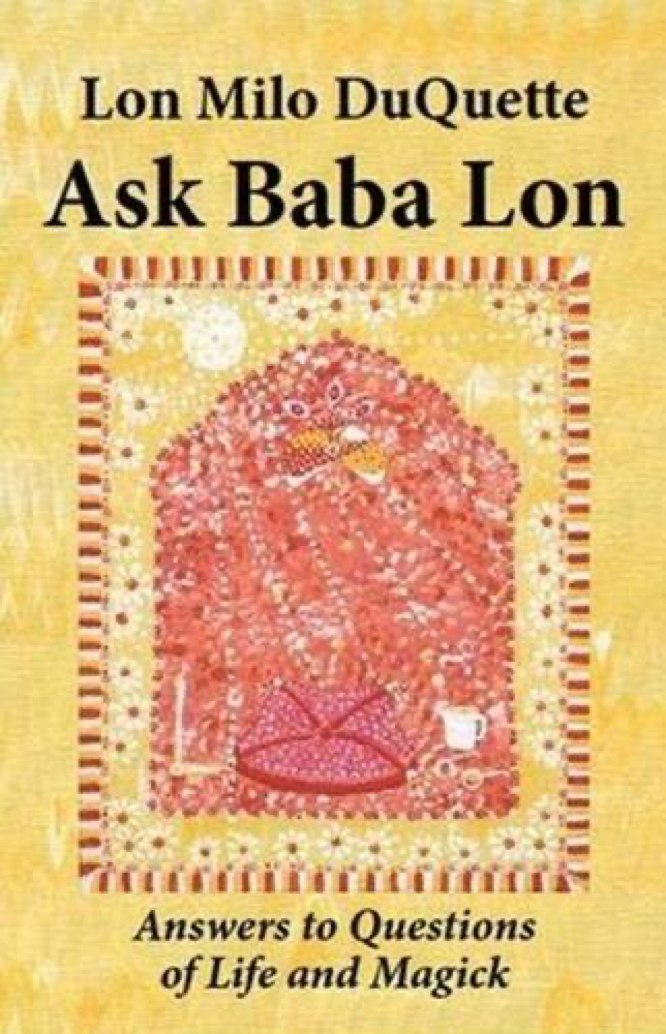 Ask Baba Lon is Lon DuQuette’s entry in the microgenre of occult collected instructional correspondence, following such classics as Eliphas Levi’s Letters to a Disciple and Aleister Crowley’s Aleister Explains Everything (published as Magick Without Tears). A significant difference is that Baba Lon’s book covers answers to a wider number and variety of correspondents than those addressed by Constant and Crowley. He does not even scruple to bar a little representative “crank mail.”

Baba Lon boasts that he has improved on the format established by his predecessors, because he includes the letters from querents along with his own responses. He fails, however, to include the dates of his own letters. This information would be of interest because he has been teaching about magick for three decades, and he freely admits that his opinions change over time. What’s more, he repeatedly emphasizes that the virtue of magick (and freemasonry) involves the gradual improvement in the perspective of the effective aspirant.

The omission of dates is also significant in that the letters are not arranged in chronological sequence, but rather by topic. A peculiar feature of this scheme is the last section consisting of a single letter on the topic of “Reincarnation.” Although that arrangement may look a bit goofy in the abstract, the final letter itself is especially wonderful and deserves its privileged position. Besides, the various portraits of Baba Lon by his wife St. Constance of the Well demonstrate that looking a bit goofy is in fact part of his magical modus operandi.

While Baba Lon’s answers are not always the ones I would give (and I confess to answering questions at least as often as I ask them in recent years of occult correspondence), they all show the sort of wisdom and humanity that his readers and students have come to expect of him. “It’s funny because it’s true” so often here. Readers of this book who have not met Lon DuQuette or heard him speak should seek out one of the YouTube videos that show him in informal conversation, to get a sense of his voice and pacing, so as to be able to mentally construct the whole “Baba Lon” effect.

I recommend this book heartily to all Thelemites, and to any sincere students of the occult. It provides constructive replies (if not always “answers”) both to questions we are repeatedly asked, and to those we should perennially ask.