The public character of its meetings, the almost infinite number of its initiates, and the ease with which they are admitted have removed from Masonry every trace of political inclination. And if an exception is made of some very few and almost unknown lodges in which the light is preserved in its purity, all the others are nothing more than entertainment centers or schools of superstition and slavery. 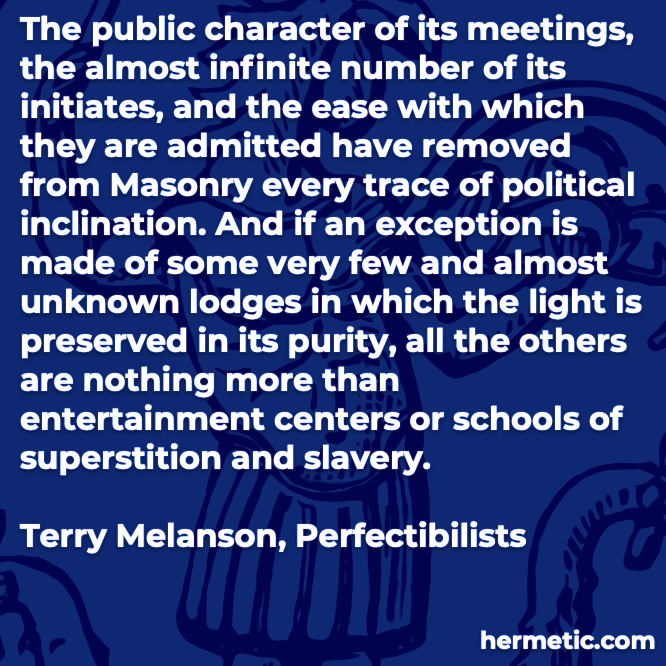