Weishaupt’s concept of virtue stems from his Rousseauian influences. Jean-Jacques Rousseau equated true virtue with the purity of mankind in its infancy before it was corrupted by civilization. This virtue was still apparent in the “savage” races still being encountered by explorers in the forests and jungles of North and South America. By comparison, the despotism of western culture, with its class structures and inherent inequality, was considered inferior and contemptible. 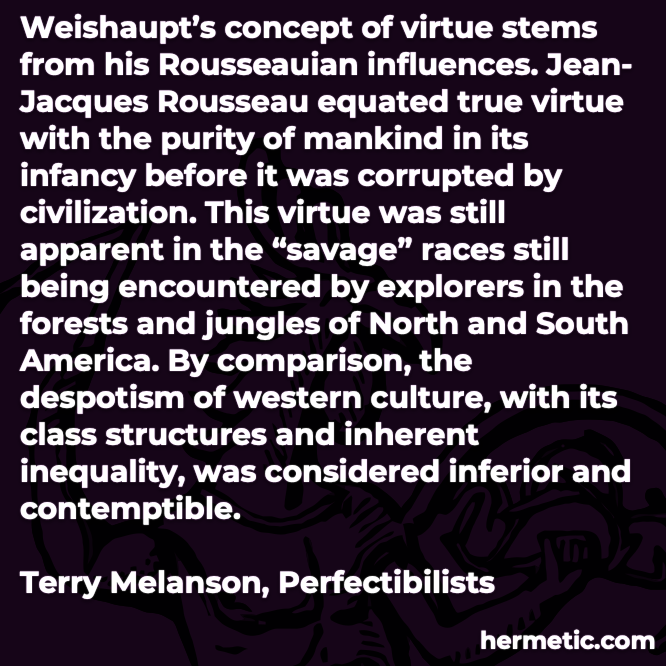