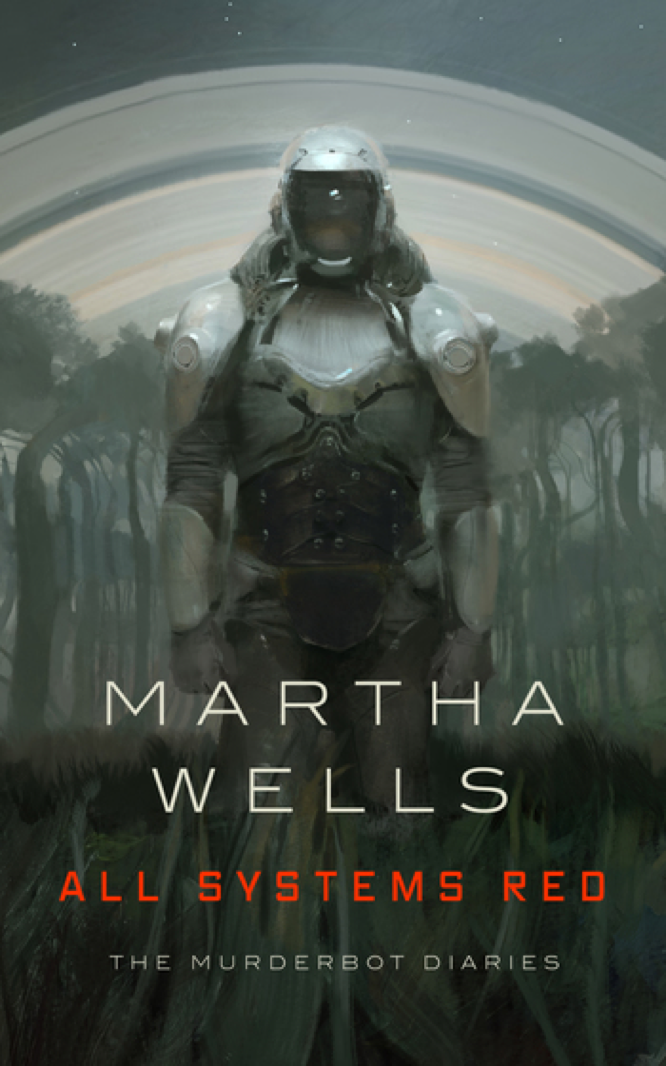 This first of the Murderbot Diaries by Martha Wells is a fast and engaging read. The tale is told by the eponymous “construct”: a security unit android, something like a synthetic rent-a-cop for exoplanet missions. Murderbot has hacked its own governor module and become autonomous, and is mostly interested in consuming the Sanctuary Moon soap opera rather than doing assigned tasks. When a crisis arises to threaten the entire expedition, the self-hacked SecUnit exhibits surprising competencies while trying to conceal its liberated condition.

The best part of this book is the narrating voice of Murderbot, who is profoundly uncomfortable with social interaction, although fascinated by it, as demonstrated by the chosen diet of entertainment programming. Despite some difficulties, the humans of the crew have a much easier time treating Murderbot as a person than Murderbot does in behaving like one. A human describes Murderbot as “shy,” but that radically understates the difference of the construct’s perspective and alienation from human interaction. For all that, Murderbot’s professed laziness and apathy are endearing, as is its resentment for the incompetence of the avaricious corporation that has leased it to the crew.

I read this longish novella in two sittings. It sets up a longer series, but fully completes a plot arc within this first story.