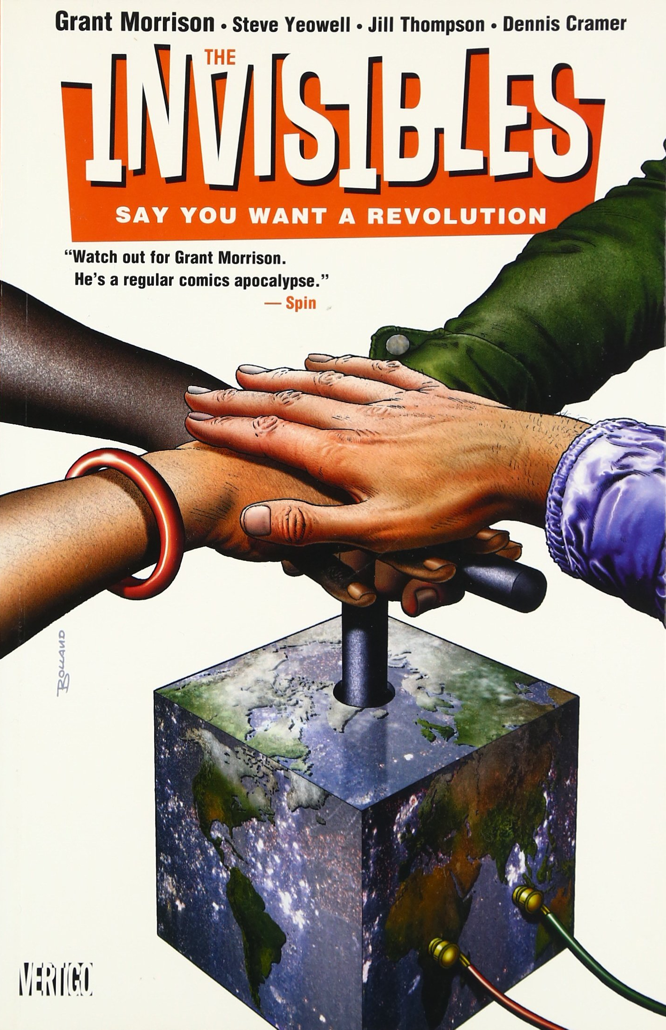 I can neither laud nor condemn Morrison’s Invisibles comic on the basis of this first trade volume. I appreciate the content, and it’s easy to see how it was ahead of the curve later occupied by The Matrix and its derivatives. Even by the end of this book, the plot was still sprawling to the point of incoherence, though. I never learned to care much for the protagonists, although the villains are plenty distasteful. The four-color art is adequate to the story, but rarely impressive in its own right.

The physical production of this reprint book is dismal. The paper is cheap and flimsy, and the glue-bound cover fell off entirely after a single reading. And the list price is $19.95? Good grief. For that price, I’d rather borrow the subsequent volumes from the public library. But they aren’t there, nor are they likely to be, given the extreme graphic violence in sections of this book.