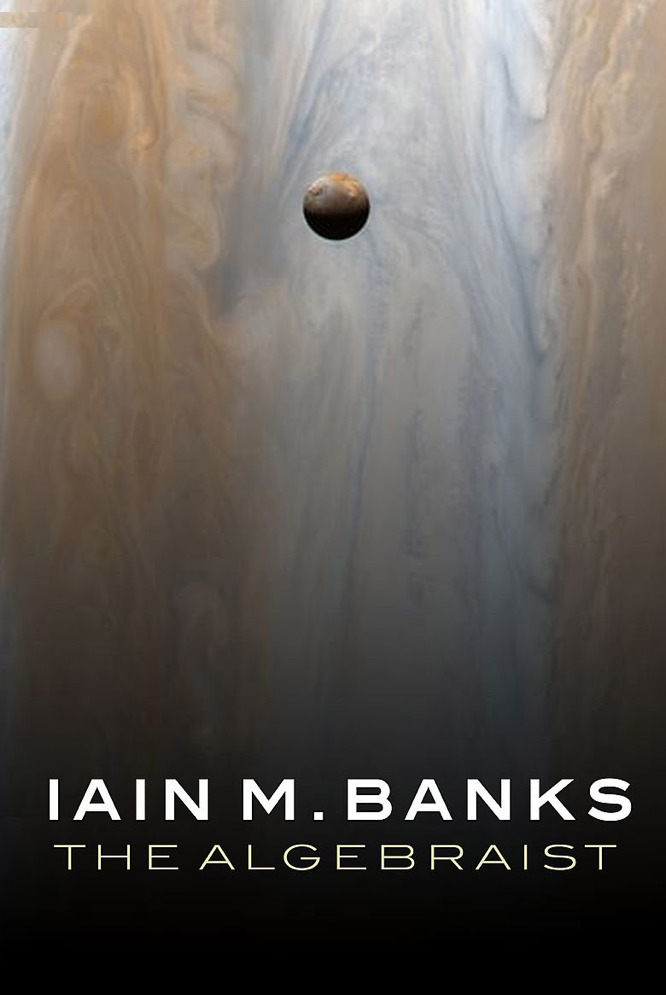 The Algebraist is a full-bore space opera with a galactic setting, plenty of exotic alien intelligences, interstellar warfare, political intrigue, espionage, melodrama, and a surprisingly generous helping of slapstick. It is divided into six chapters of about eighty pages each, but these are not component novellas. It’s very much a single novel with a unified arc from start to finish.

The far future described here takes place long after the “Arteria Collapse” that broke up the wormhole-networked galactic community. The focus is on the particularly remote Urlubis system. This peripheral locale is still subject to the Mercatoria, which imposes its multiracial but highly authoritarian hierarchies across much of the galaxy, along with a crusade against autonomous AI.

Humans are both old and relatively new to galactic polity, since a-humans (“advanced” or abducted) had spread quite widely after being collected earlier by other starfaring races. R-humans (“remainder”) from Earth did eventually join these “prepped” populations. The story’s protagonist is a human “seer,” part of a research institution dedicated to learning from a somewhat standoffish race of gas-giant planet “Dwellers” who are among the oldest and most widespread of interstellar sentients.

This freestanding novel was my first read in the works of Iain Banks, whose science fiction is most identified with his series The Culture. I liked it a great deal, and I will certainly wade into The Culture on the strength of this book.