Let’s open this package that’s arrived from the Netherlands at the Reading Room! 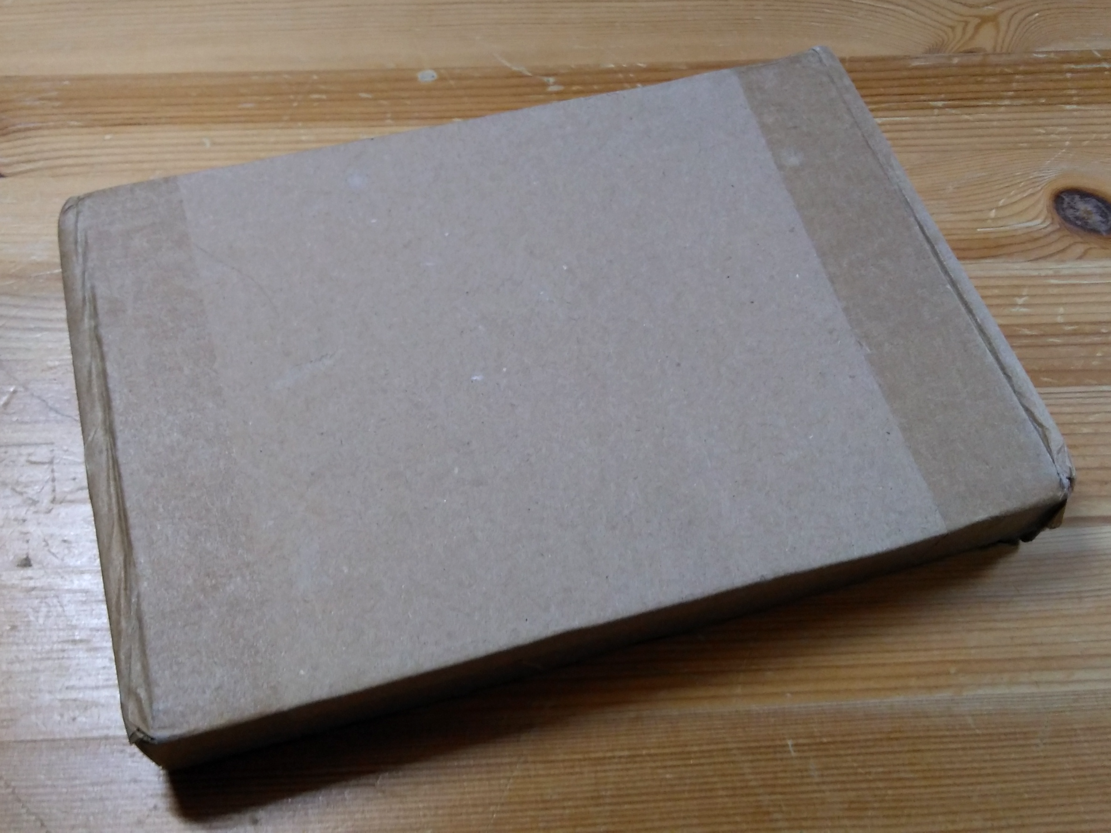 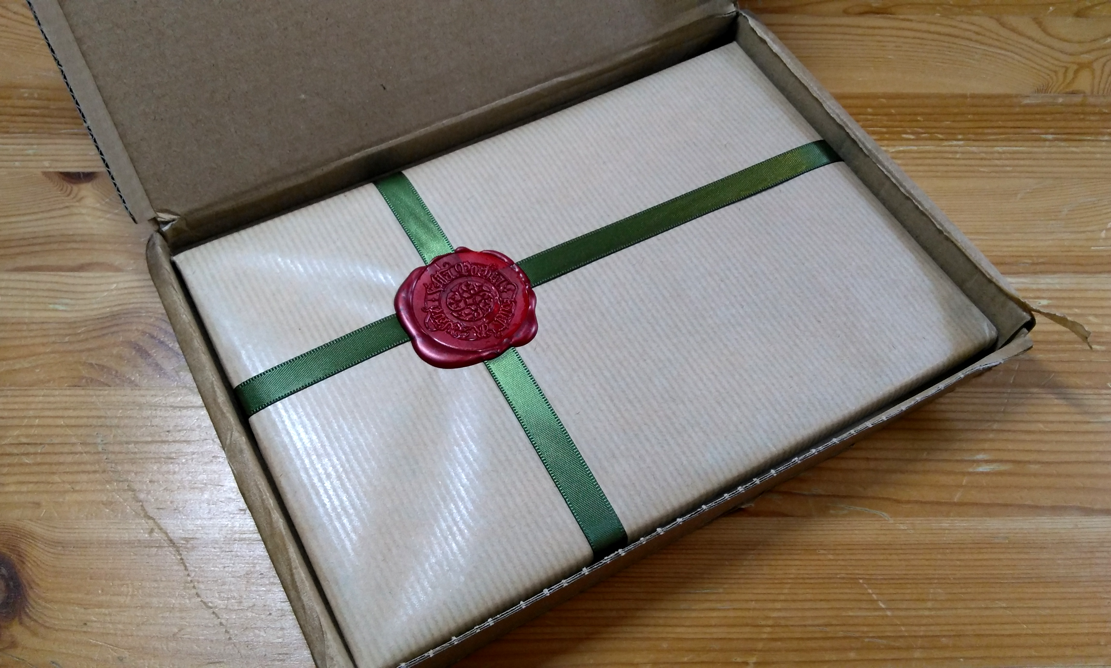 Delightfully wrapped with ribbon and seal! 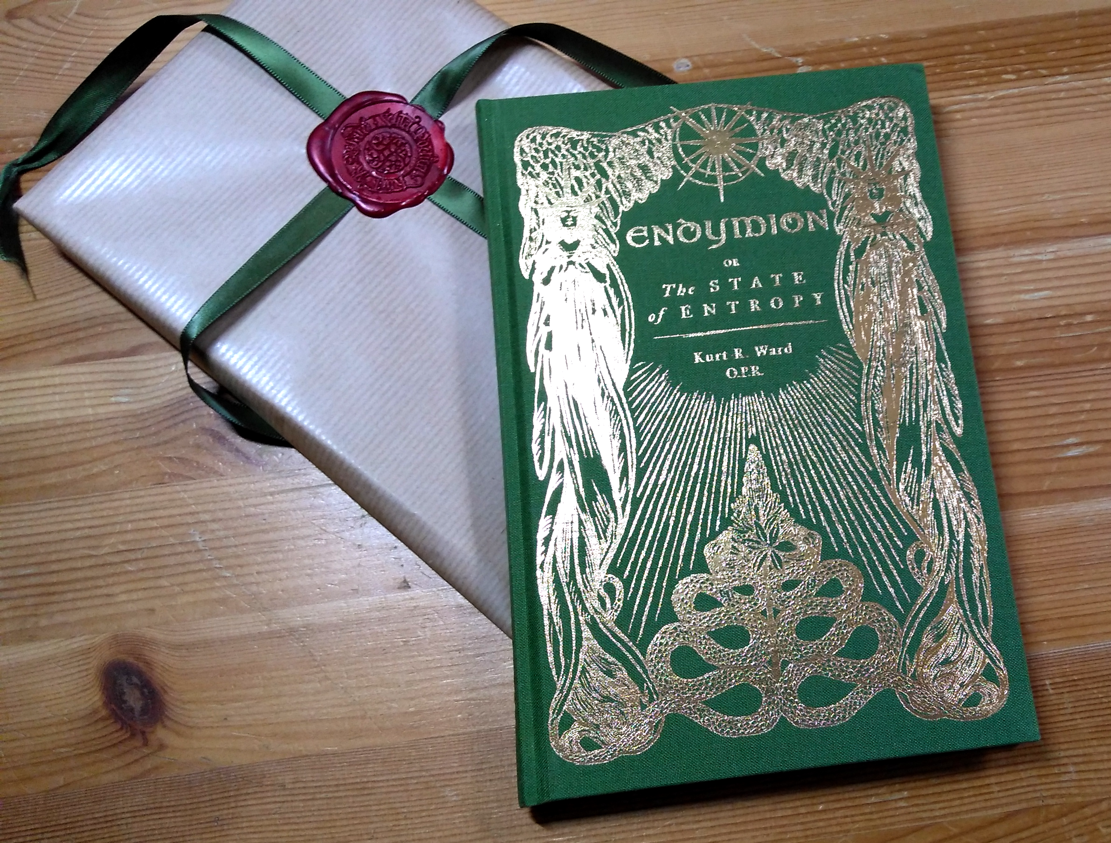 It’s the special limited bibliophile edition hardcover of Endymion or The State of Entropy: A Lyrical Drama Inscribed to the Memory of John Keats and Percy Shelley [Amazon, Author] by Kurt R Ward, illustrated by Rebecca Yanovskaya, design by Harry Huybers. Released to coincide with the bicentennial of Percy Shelley’s death. 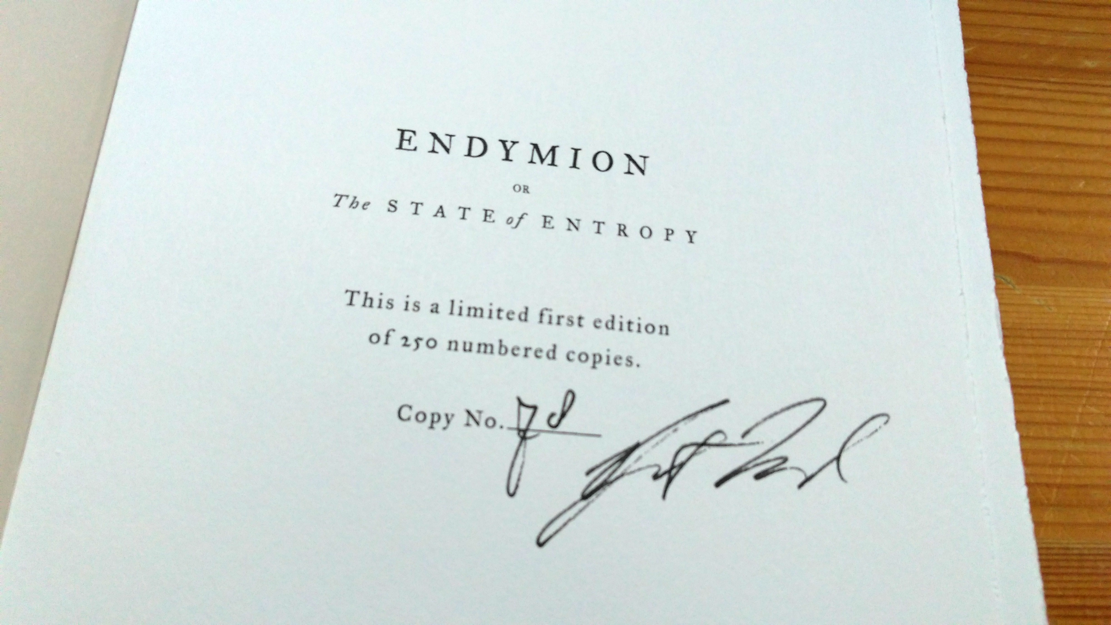 There is also a repeat of the outer wrapping seal embossed into the paper (not shown) above the inscription. 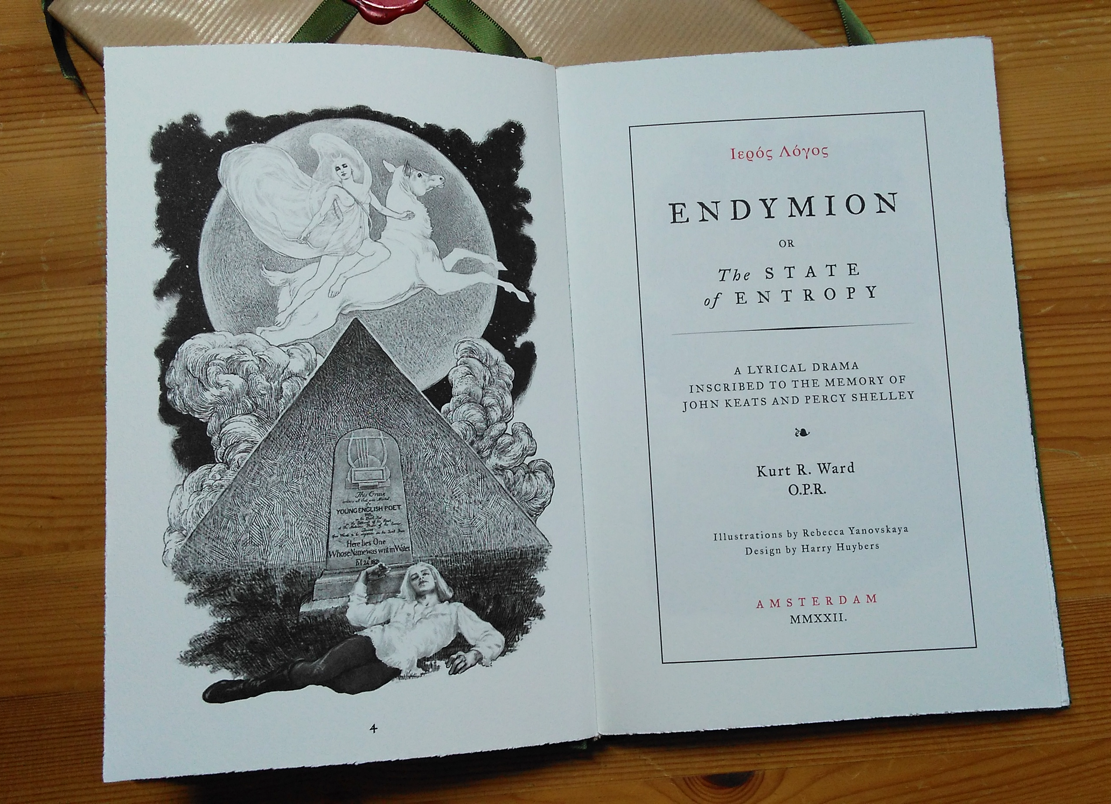 “Endymion or The State of Entropy, is a mythological portrait of the authors struggle for self-actualization by integrating the conscious with the unconscious. The illustrated fantasy conjures a world in which archetypal characters from Greek mythology battle for dominance as Endymion, the main character attempts to wake himself from an endless sleep. Part-epic battle, part-psychotherapeutic journey, Endymion is set at John Keats’ gravesite in Rome. It is written in heroic couplets as one continuous dream, where Jupiter, Diana, Zephyrus, Hermes and Endymion wrestle with reason, fear, hope and divine inspiration. The book is written in four acts and is lushly illustrated by the celebrated artist Rebecca Yanovskaya and includes a detailed mythological reference section and commentaries by the author.” 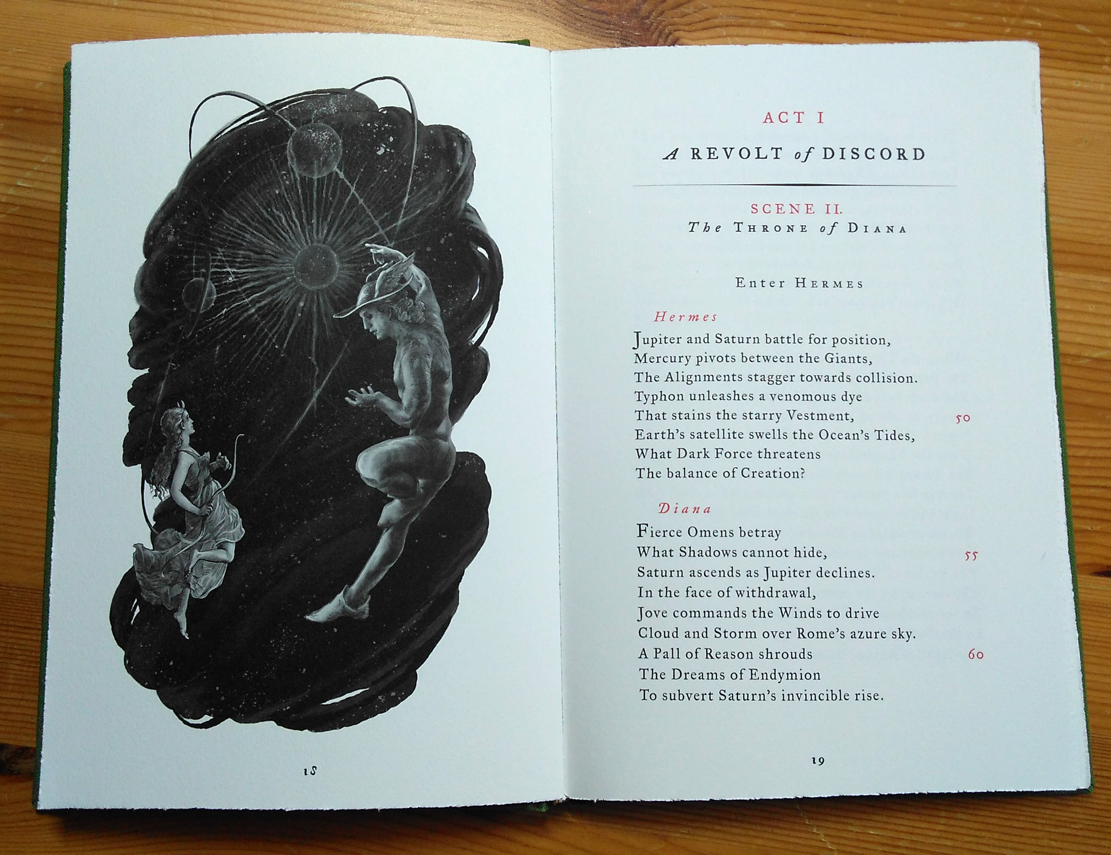 “This unacted play is written in four acts and is lushly illustrated by the celebrated artist Rebecca Yanovskaya. I have also included a detailed reference section with personal commentaries and explanations on the archaic symbols and historical references used in the text and images.”

There are, as I write this, a few of the bibliophile edition available from the author directly. Contact details at the author’s page.