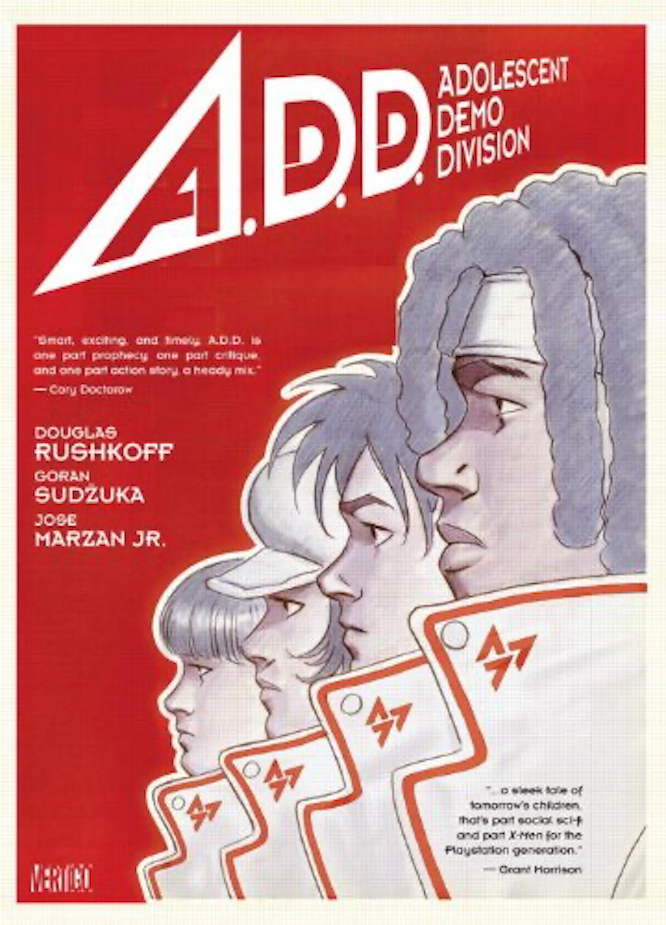 Rushkoff’s A.D.D. is apparently set in a parallel universe where those initials applied to kids have never meant attention deficit disorder, or in which the entire society suffers from sufficient mental myopia to disregard the fact. Other than that, it’s an all-too-credible story of psychological experimentation on humans that could be read as either a near-future scenario about media manipulation, or as a parable about a larger-scale set of events that have already been going on for decades.

Blurber Grant Morrison compares this graphic novel to the X-Men, but I thought it was essentially a cyberpunk version of Charlie and the Chocolate Factory. The benevolence of Professor Xavier or even Willy Wonka is in short supply here, though. Sudzuka’s art fits the story of this digital-candy-oubliette quite nicely. There is a lot of violence and sex of the sort that realistically applies to hothoused adolescents. It’s a fast read: two solid sittings should be sufficient.