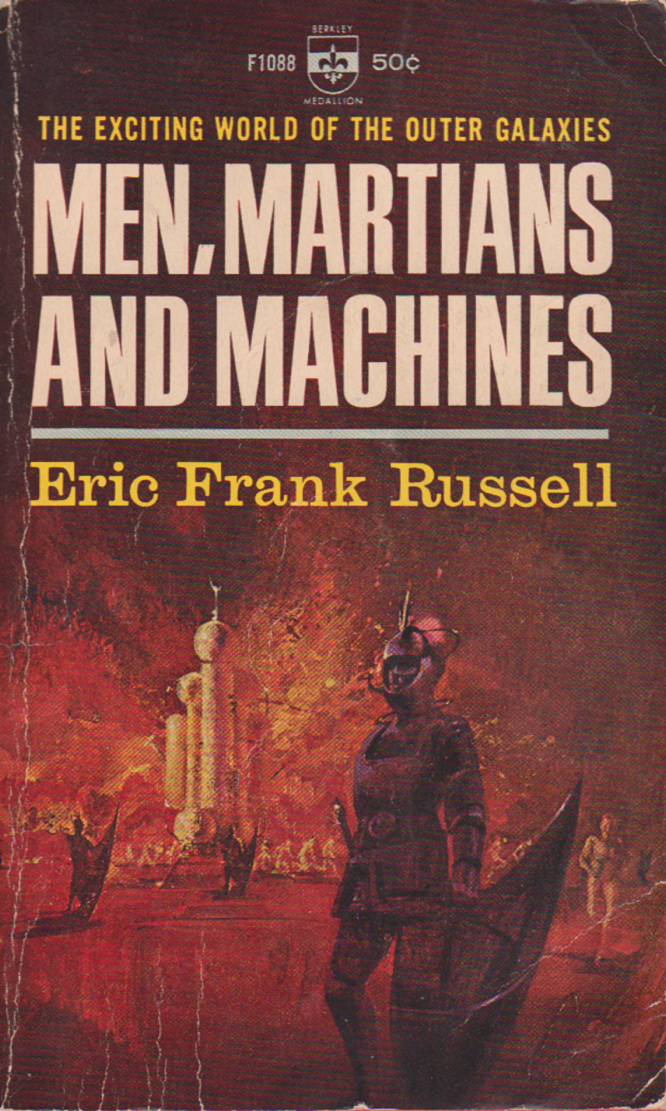 This slender 1950s sf volume (my copy is from 1965) contains an introductory short story regarding the “emergency pilot” Jay Score, and then a series of three novellas about the extrasolar voyages of the spaceship Marathon. All are told in the voice of Sarge, a sergeant-at-arms for space-going vessels. Even in the opening pages, there’s some suspect attention given to racial difference, implying that the “Negro” humans who are given medical duties are as different from “white Terrestrials” as are the many-tentacled and alien-brained Martians who are another part of the crew.

Each novella introduces a new exoplanet, and the encounters with indigenous intelligences are all ultimately hostile. Captain McNulty’s perennial caution about harming natives gets mild scorn from Sarge. The whole thing has a sort of “boys’ adventure” feel to it, with lots of “thrilling” violence and “good-natured” grumbling banter.

These tales offer nothing like sexual impulse or even identity for their characters. The “mixed” crew doesn’t include women. Everyone of whatever species on the Marathon uses masculine pronouns, and the details of Martian sexuality aren’t given even the consideration of a passing enigma. Nor does any notion of gender or sexuality arise in considering the newly-encountered creatures of distant worlds.

The Martians are notable for being near-delirious chess enthusiasts, to the extent that they are never not thinking about the game–while their peculiar mental constitutions allow them to direct their attentions simultaneously for other tasks. I wonder if Russell was cued by Edgar Rice Burroughs to make chess an essential part of the Martian culture.

It almost goes without saying that there’s no technological speculation of current interest in this book, and there are a few mild clunkers–most notably the primitive approach to photography. It was not a read I’d counsel anyone to seek out for pleasure or enlightenment, although it was hardly a heavy lift.