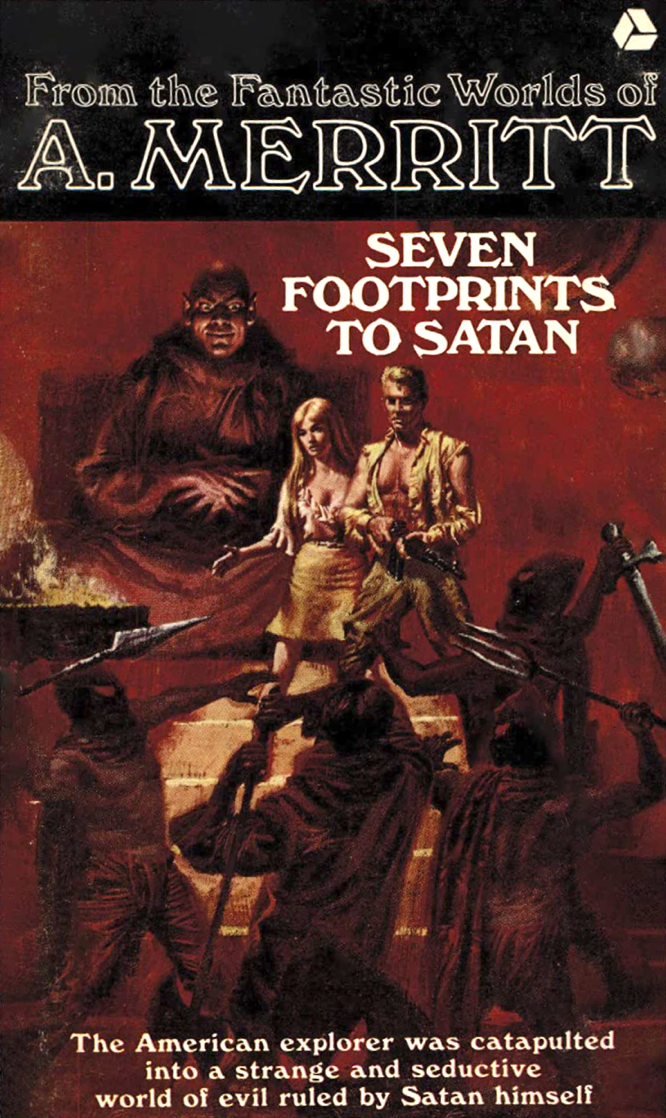 Abraham Merritt’s Seven Footprints to Satan was first serialized in 1927 and issued as a complete novel in 1928, but it’s been through a whole stack of paperback reprintings. It’s a pulpy action tale with no real theological pretenses, and it is entirely light reading. Seven Footprints has a cinematic feel, and was made into a movie in 1929.

l took a perverse amusement in imagining the protagonist James Kirkham with the appearance of a young William Shatner. And in fact the pacing of the book and its contrived dilemmas are somewhat reminiscent of the original Star Trek and other TV adventure dramas of that vintage. Kirkham is a “famous explorer,” i.e. a sort of generic resourceful man of action. He is recruited — conscripted, rather — by an arch-criminal who styles himself as Satan. For most of the book, Kirkham tries to escape Satan’s domination, eventually determining to rescue others as well. There’s an obligatory romantic plot vector and some irksome orientalist racism.

Although the author had a longstanding interest in the occult and amassed a considerable esoteric library, such studies are not evident in this book.