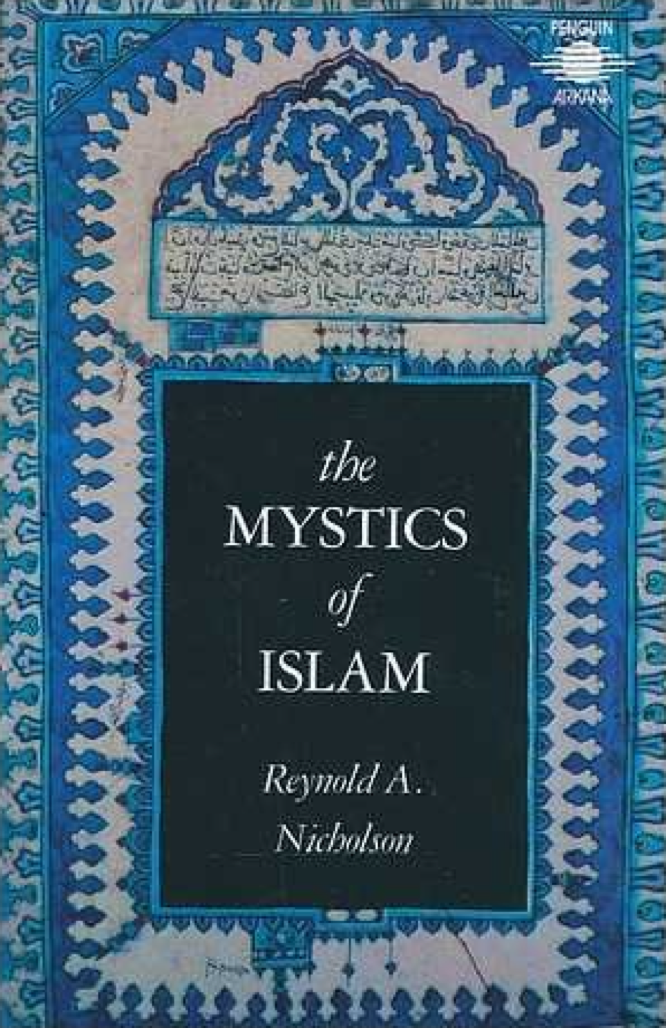 Author Reynold Alleyne Nicholson was an English Orientalist scholar most famed for his work on Jalaluddin Rumi, and this short overview of Sufism is full of his own translations of Rumi and other key Muslim mystics. First published in 1914, it still has value today for readers seeking a historical perspective on Sufism, and it has special appeal to those interested in what an educated Edwardian view of mystical Islam would comprise. While his respect for some Sufi sheiks (not least Rumi) is profound, he does turn up his nose at the antinomian tendencies of the tradition, and he is dubious about its contributions to positive history. In the latter connection, he remarks in a footnote that “most, if not all, mystical Traditions [i.e. hadith] ascribed to Mohammed were fostered on him by the Sufis, who represent themselves as the true interpreters of his esoteric teaching.” (53)

Among the wide sampling of quotations from sheiks and pirs, we can read that the statement “Within my vesture is naught but God” is attributable to Bayazid, just as Hallaj is supposed to have said “I am God.” (132, 150)

While he was older than Louis Massignon, Nicholson paid considerable respect to the younger scholar’s studies of Hallaj and his conclusions about the actual nature of the doctrines held and taught by that controversial figure. In fact, Massignon’s major work on Hallaj was not published until the decade after The Mystics of Islam.

Nicholson uses gnosis as a translation for ma’rifat, and he may have been one of the earliest modern Western scholars to focus attention on the genealogical connections of Sufi doctrines with the ancient Gnosis and Manicheanism. On the modern side, he repeatedly proposes “hypnosis” as a mechanism underlying Sufi ahwal (“states” of attainment), and suggests that the parapsychological approach of the SPR may be useful in the study of the miraculous phenomena attested among dervishes.

Despite the tendencies toward “comparative theology” (where Nicholson judges particular mystical doctrines as laudatory, dangerous, or deplorable) and its slightly dated language, this book is still a valuable primer on its subject, especially for those who approach it with an interest in the 20th-century scholarship on mystical and esoteric religion.