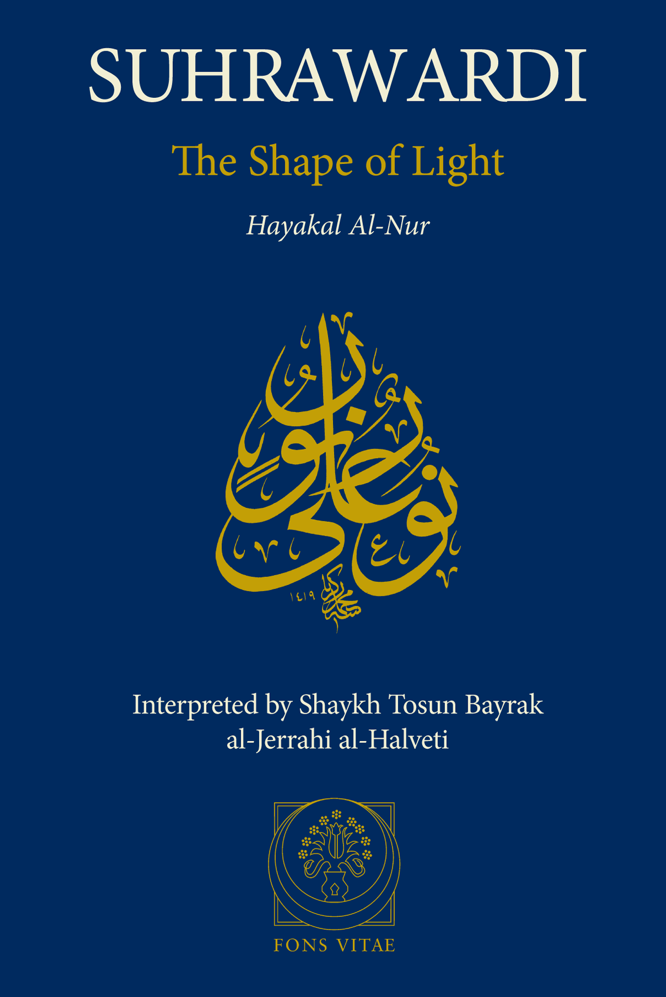 My studies of secondary sources on Sufism (not least the works of Henri Corbin) have long interested me in the works of Suhrawardi. Hayakal Al-Nur (“The Shape of Light”) has an evocatively numinous title, and turns out to be a relatively slim volume. Interpreter Tosun Bayrak al-Jerrahi al-Halveti has used the 17th- and 20th-century Turkish translations from Arabic and Persian as the basis of the central text. The interpreter’s introduction and biographical essay on Suhrawardi are clear and helpful.

To my slight disappointment, the text itself is so brief and fundamental, that it failed to introduce any ideas that I had not encountered in other sources. Still, it is a fine condensation of this species of Sufi doctrine.

My favorite parts of this book were not by Suhrawardi. The first was the calligraphic art reproduced from the Grand Mosque of Bursa, and inserted at the head of each chapter. These are amazing. For the second, I greatly enjoyed the allegorical epilogue by Muhammad Sadiq Naqshbandi Erzinjani: “I was made to know that thought cannot think about the sacred secret” (121).