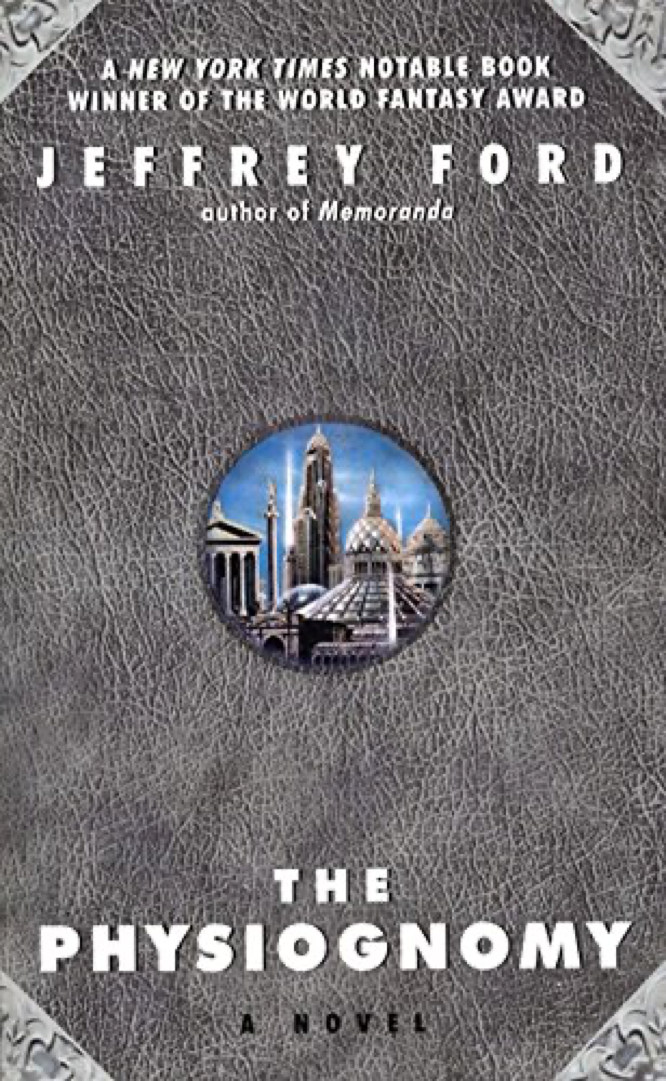 The Physiognomy is a book about terrible violence: physical, emotional, and social; and yet the whole mood is dreamy and vaporous, with many moments of real cheer. The protagonist Cley is a Physiognomist First Class — a ranking agent of the totalitarian Well-Built City — and the novel is the story of his gradual redemption from his own vicious participation in a society of exploitation and control.

The closest comparison I could make to characterize the setting of this book would be to the Terry Gilliam movie Brazil. It is a fantasy, in a world that differs from ours cosmetically, but includes 19th- and 20th-century levels of gadgetry as well as decidedly modern forms of social organization. Features include clockwork zombies, exotic drugs, and the oppressive canon of stigmatization that is the physiognomy itself. Cley serves as the narrator, and he is often uncertain about the boundaries between his dreams, his drug-addled hallucinations, and the possibly supernatural events that overtake him. And yet for all that, and the anguish involved in the story, the prose style is remarkably limpid.

The NYT review characterized this book as an allegory, and it could easily be read as one. The names are all numinous and provocative: Cley himself is mortal and malleable “clay,” as well as the “key” (clef) to the story. Still, the story holds up as a fantasy adventure in its own right, and it doesn’t stagger under any didactic burden. In this case (contrast Lewis’ Narnia, for example) the allegorical dimension enriches the narrative rather than deflating it.

Although The Physiognomy is the first volume of a trilogy, it definitely stands as a complete work on its own. I would caution readers against the “Introduction to the New Edition” set at the beginning of the Golden Gryphon reissue: it is mostly the author’s retrospective on his writing process, and would be better read after the novel, rather than before.