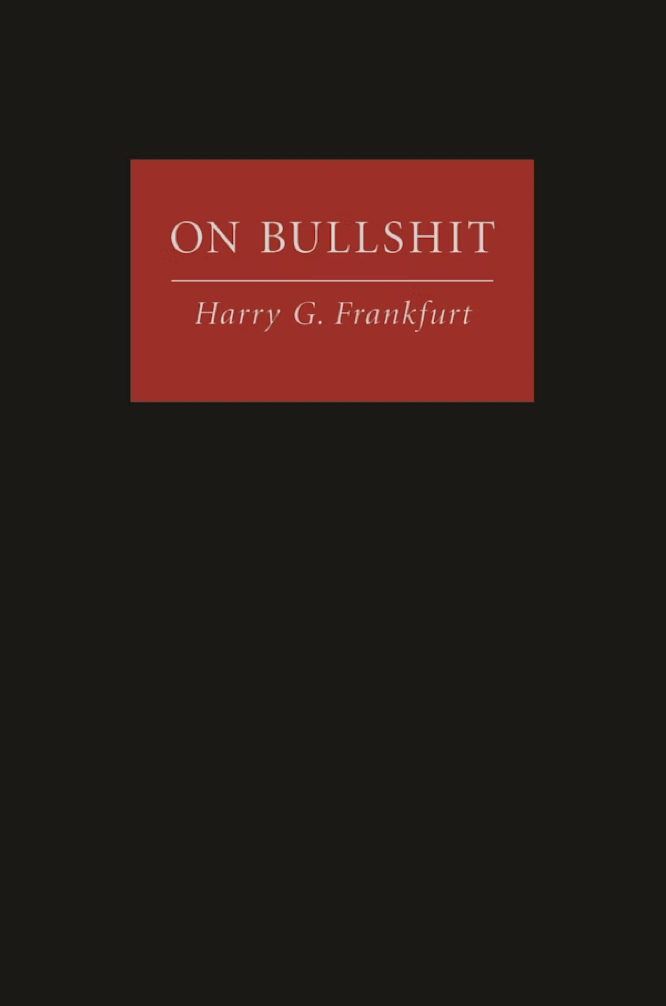 Emeritus moral philosopher Frankfurt wrote a light magazine article disguised as a scholarly paper, which Princeton University Press proceeded to issue as a duodecimo hardcover with an austere, treatise-like cover styling. Surely there is an element of bullshitting involved in the very production of this enormously successful object. It has been through many printings since 2005, and is almost certainly far more owned than read — despite the fact that it can be polished off in less than a half hour.

Frankfurt claims to offer a “theoretical understanding” of bullshit, commencing with a study of “the structure of its concept.” In practice, nearly the whole book — everything up to the final seven or eight short pages — consists of lexical comparisons and fussing over various denotative and connotative approaches to the term “bullshit.” In the end, however, a few significant issues are raised, or at least implied. Is bullshitting an appropriate implementation of an antirealist intellectual agenda? Does the bullshitter affirm or degrade his self-worth by his disregard for verity? Under conditions of sufficient ignorance, can sincerity and honesty be completely non-intersecting?