It is now no secret that the famous legend of the “Russian Soldiers,” that wonderful story of a million and a half Russian troops (with horses and artillery) smuggled through England in the dead of the night, was put about by the secret service to try to check the panic caused by the collapse at Mons. It was quite useless to point out to the English people that Archangel is served by a single line of rail, and that to ship even 10,000 troops would have strained the resources of the line for an entire summer. 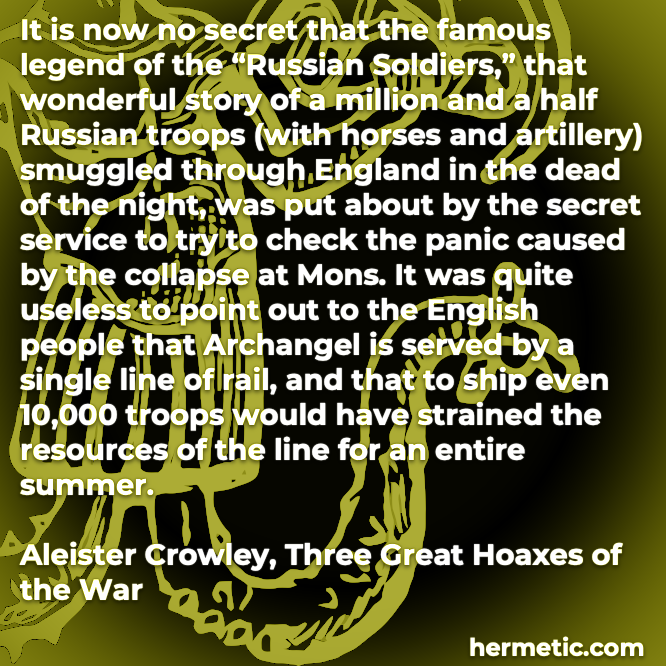