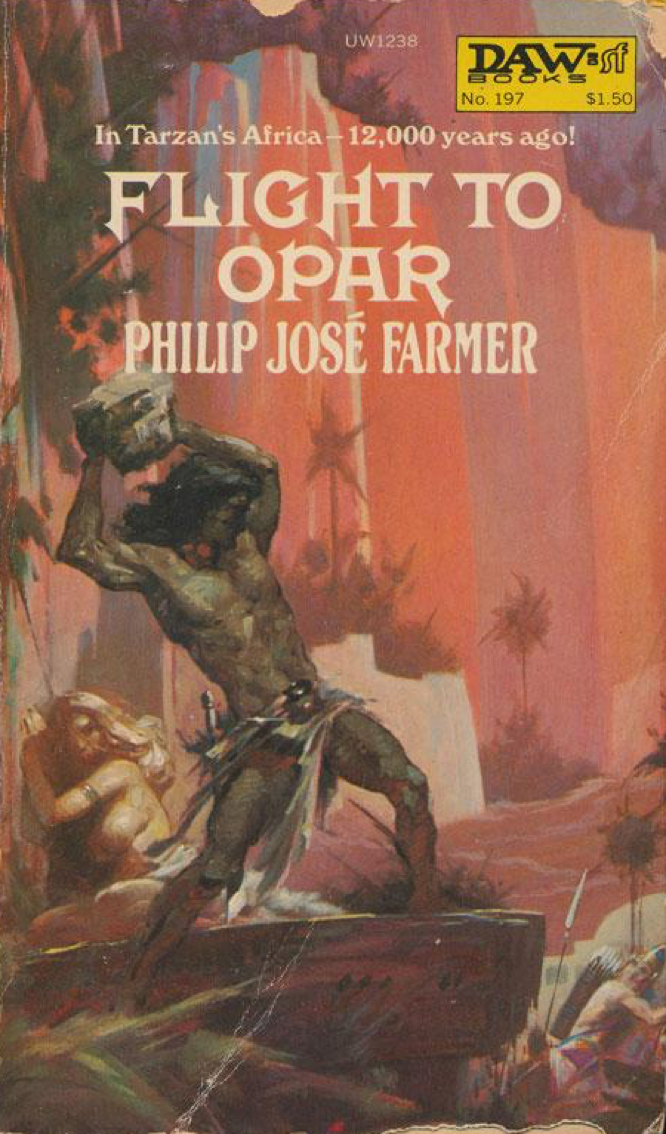 Flight to Opar is the second of two Opar books that Farmer set in 10,000 BCE Africa. Because the first (Hadon of Opar) ends on a cliffhanger, and Flight includes some digestible recapitulation, the second could stand alone while its predecessor does not. Roy Krenkel’s art is more legible and engaging in this volume than in the previous one (in my copies anyhow).

Even without the incompleteness of its predecessor, this one gathers speed towards its abrupt finish and entirely dispenses with denouement. Character development is sparing, and the prose is workmanlike. Despite all of the abundant action, these are ultimately books of ideas, centered on the imagined world: the culture and vanished history of a pre-patriarchal human empire. There is even more attention in this second book to various ceremonial functions, technological circumstances, and modes of personal status, which are some of the features that go to make this world interesting and credible.

Although Farmer’s nods to model literature are mostly to Burroughs’ Tarzan (whence the city of Opar), he has clearly incorporated a lot of ideas from H. Rider Haggard’s “lost civilizations” of Africa, and mixed in his own readings of Frazerian anthropology and 20th-century gender theories.