Billions of Stars in the Milky Way

“Billions of Celestial Objects Revealed in Gargantuan Survey of the Milky Way. NSF’s NOIRLab releases colossal astronomical data tapestry displaying the majesty of our Milky Way in unprecedented detail.”—”Astronomers have released a gargantuan survey of the galactic plane of the Milky Way. The new dataset contains a staggering 3.32 billion celestial objects — arguably the largest such catalog so far. The data for this unprecedented survey were taken with the Dark Energy Camera, built by the US Department of Energy, at the NSF’s Cerro Tololo Inter-American Observatory in Chile, a Program of NOIRLab.” 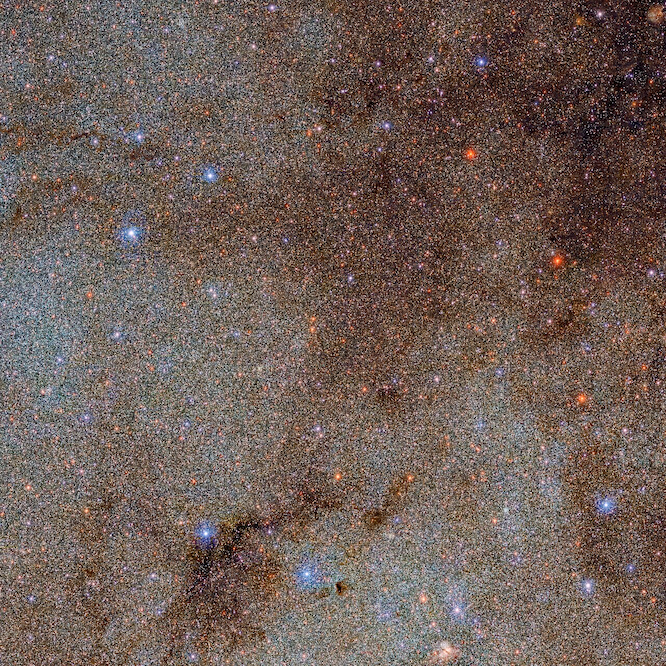 “This is a great and holy mystery. Although each star has its own number, each number is equal and supreme. Every man and every woman is not only a part of God, but the Ultimate God.”—Aleister Crowley, New Comment, Liber Legis, I 4