The Magick of Thelema: A Handbook of the Rituals of Aleister Crowley by Lon Milo DuQuette, reviewed by Magdalene Meretrix, in the archive of Bkwyrm’s Occult Book Reviews. There is a newer edition. Love him, hate him, respect him, fear him…..no matter what the reaction to Aleister Crowley, it’s difficult to honestly deny his contribution […]

“Thelema utterly rejects the notion of original sin, and states, rather, that we are all divine creatures—‘Every man and every woman is a star’ (AL I:5). As such, Thelema rejects the idea that emotional states like guilt, shame, and pity are virtues, and instead recognizes positive virtues, such as honor, pride, and courage. Thelema also does not recognize any personified source of ‘evil’, such as the Judeo-Christian Satan (although a personification named Choronzon is used to represent malicious confusion, egotism, and illusion). Rather, Thelemites are encouraged to discover their own divinity, as well as their personal sense of right and wrong, based on both rational thinking and through apprehension of their True Will.”
—John Bowie, Thelema 101, Eidolons of Ash

Quote featured at NEW YEAR COURAGE from the Ministry of Information. 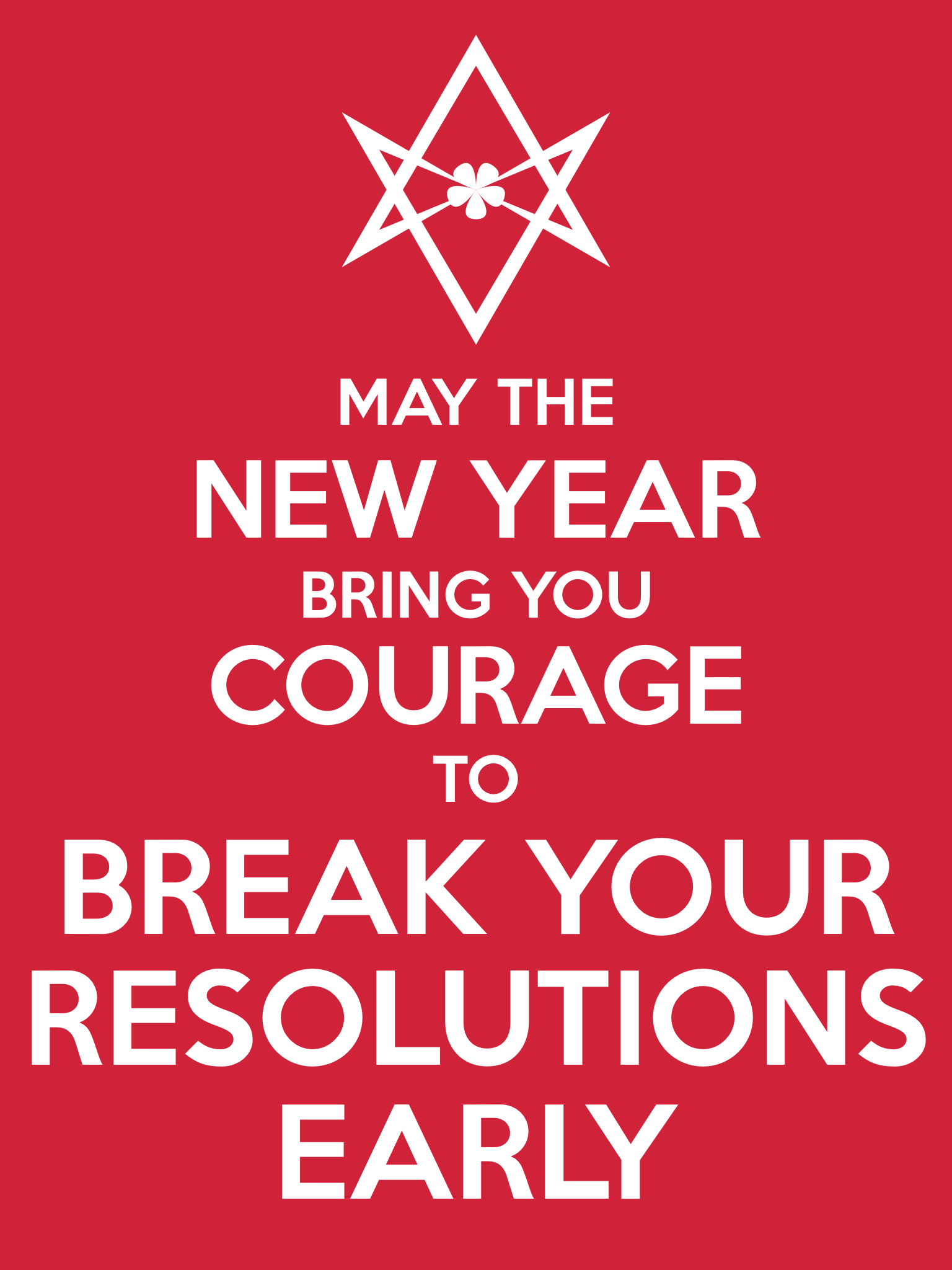 Hermetic Library fellow T Polyphilus reviews Living Thelema: A Practical Guide to Attainment in Aleister Crowley’s System of Magick by David Shoemaker. Living Thelema is a brand that David Shoemaker has developed through a website and podcast segments by that name, and in this book which collects essays on a fairly wide range of topics […]

This Thelema shirt from Black Sanctuary may be of interest. I notice as I compose this that I previously posted about this shirt back in Oct 2012. Ah, what the heck, this alternate image of the shirt caught my eye, so here it is again: “Thelema” is a track added by deuslunus in the Hermetic Library audio pool.

The Magick of Thelema: A Handbook of the Rituals of Aleister Crowley by Lon Milo DuQuette, with foreword by Hymenaeus Beta, since re-published as The Magick of Aleister Crowley: A Handbook of the Rituals of Thelema, the 1993 paperback from Samuel Weiser, is part of the collection at the Reading Room. “Magick has been called […]