The Art and Magic of the Tarot: Foundations online course

“My tarot foundations course is on sale until Feb. 14. Give the lifelong gift of tarot to someone you love! 12+ hours of video, PDF workbook, live events and meetups, and a supportive, engaged online community. This is a real deal!”—Michael M Hughes, author of Magic for the Resistance: Rituals and Spells for Change.

About a discount on Hughes’ The Art and Magic of the Tarot: Foundations—”Learn to read tarot with the most comprehensive online tarot course available anywhere.” 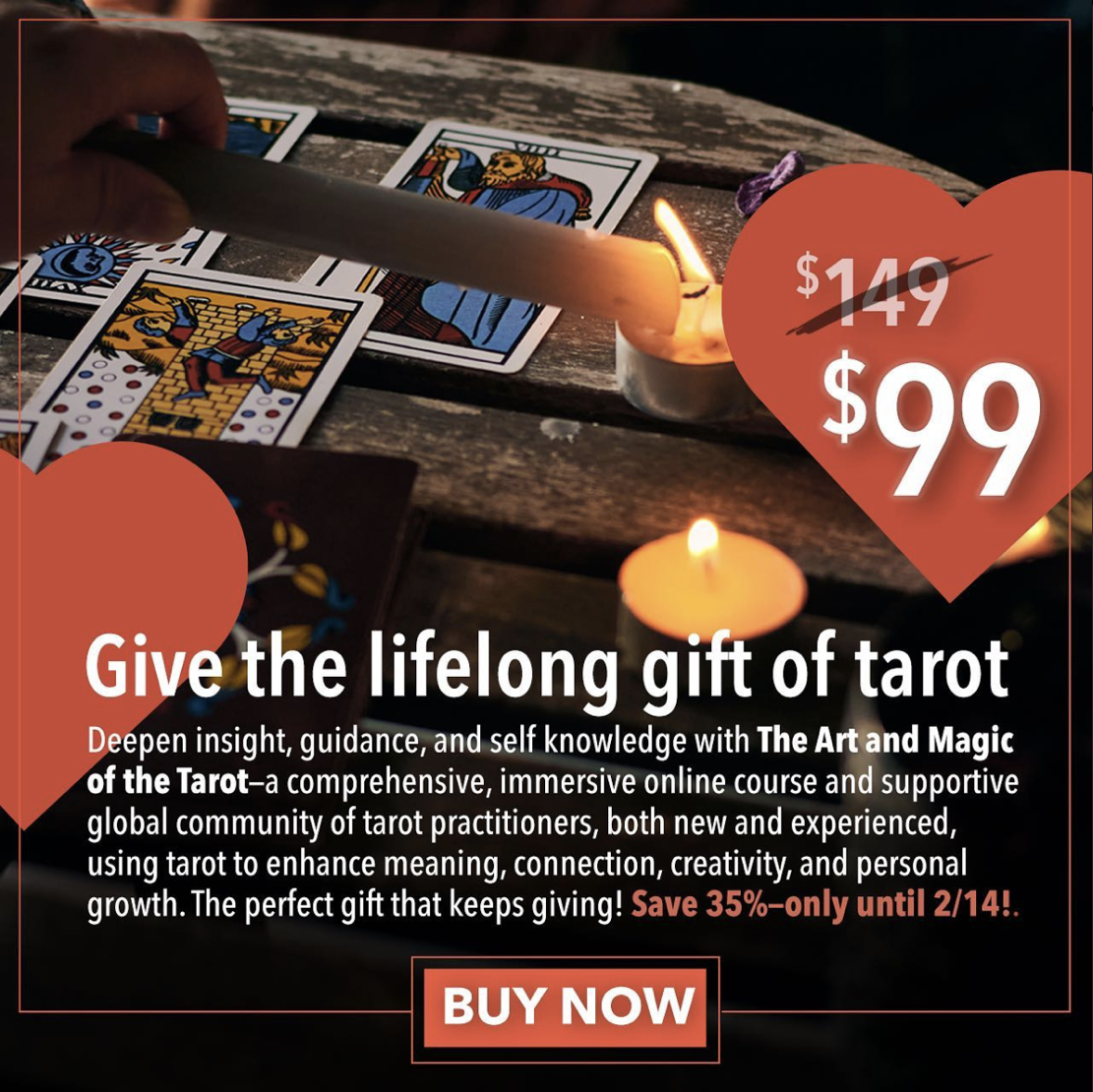 “[Jonathan] Stroud hasn’t confirmed whether he based the character on a real occultist, but it’s clear that he was inspired by the stories relating to the practitioners of occultism. He used that knowledge, exaggerated it a little bit, and created this character who was scary in life as well as in death. Speaking of occultists, the name that immediately comes to mind is Aleister Crowley. Arguably the most infamous occultist, Crowley was once called “the wickedest man in the world”. Born Edward Crowley, he came from a wealthy family and found himself taking a very different approach to the world in his early years. Reportedly, his thoughts and behavior led his mother to call him ‘the beast’.”—”Was Lockwood and Co’s Edmund Bickerstaff a Real Occultist?”

Article about a character in the Netflix show Lockwood & Co., based on the book series by Jonathan Stroud, goes on a tangent about Aleister Crowley, and then get’s really stupid talking about some other unrelated moron’s wild brain-fever glossolalia about imagining Crowley somehow involved in the deaths surrounding the opening of Tutankhamun’s tomb?! WTAF. It just starts out as a lame article but then even got worse. But, there it is.

Weirdly, there appears to be a near duplicate of this article on another site with a different by-line. IDEK which is original, if any are, and who knows? Someone using AI to write these? Plagiarism? There’s an actual story in there, if one were looking for it; because these articles are not it. Except, that I got punked into reading them, I guess. And, now I’ve shared my pain with you. ::sad trombone:: 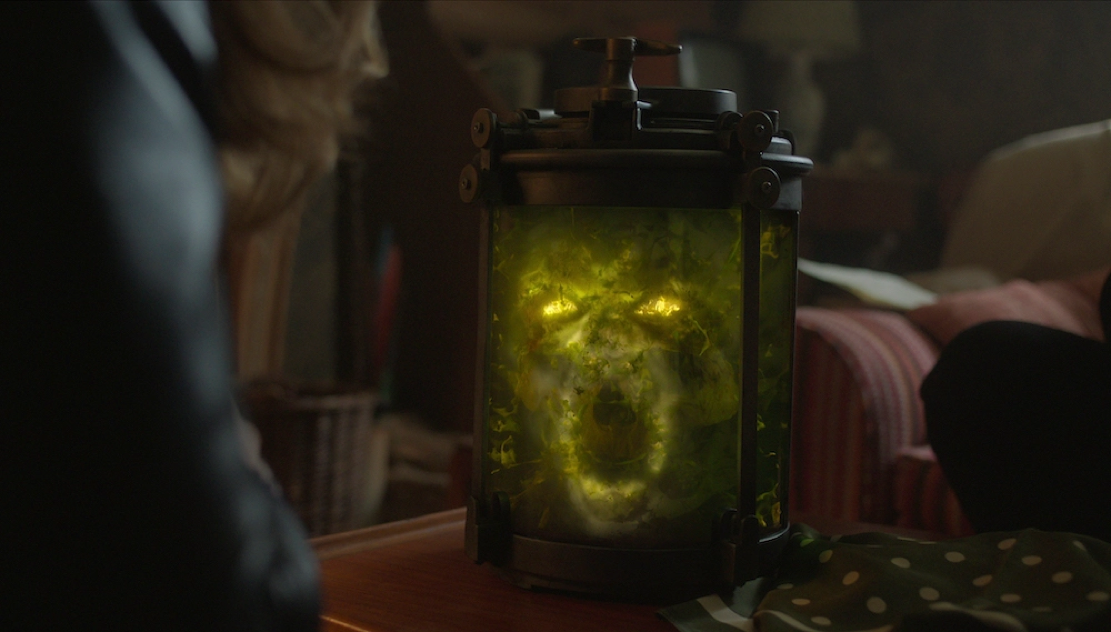 “Even Malina’s old friend and rocketry partner Jack Parsons informed on him to the FBI, gave agents a list of Unit 122 members and told them that Malina was ‘associated with groups of ‘pinks’ at Caltech.’ He even said Malina’s loyalty ‘would be questionable if [Malina] had to decide between our form of government and that of Russia.’ Roger said Parsons did this because he was upset Malina got rich from the Aerojet stock and he didn’t.”—JPL Co-Founder and Rocketry Pioneer Frank Malina Finally Gets His Due (Part 2 of 2)

Oh, no! Here’s an article, part 2 of a series, mainly about Frank Malina with mention of fellow Suicide Squad and JPL member Figure Jack Parsons being awful. 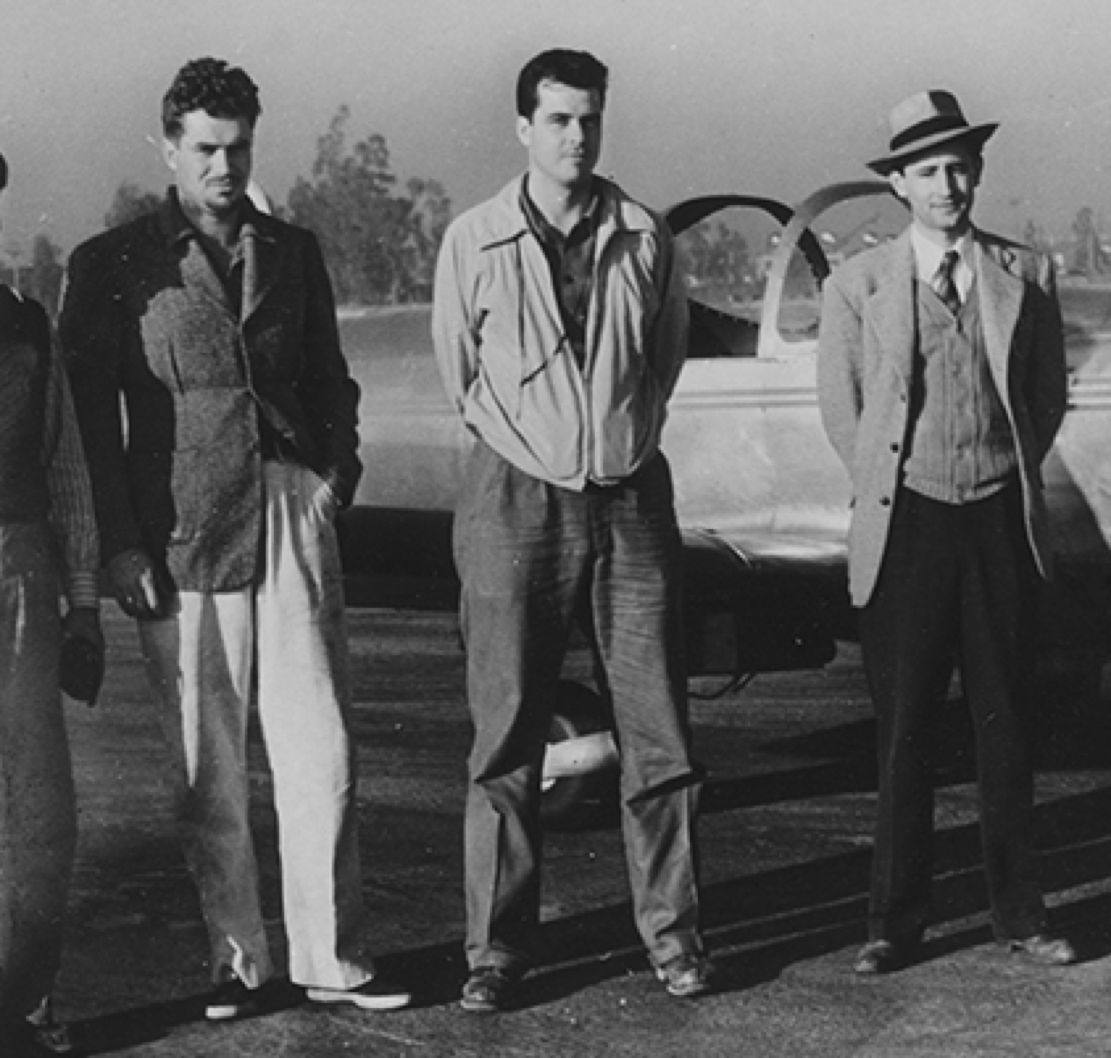 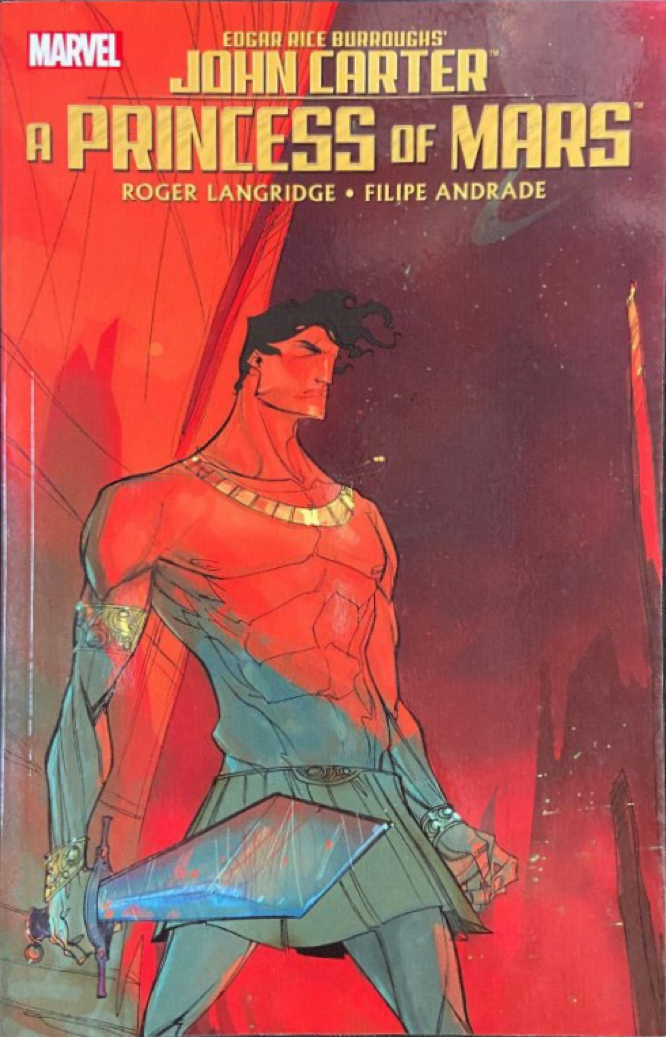 This book collects the Marvel Comics title (issues 1-5) released to capitalize on the Disney John Carter film. It is more an adaptation of the original Burroughs story, although the final issue includes an epilogue that draws on the frame story established in the film.

The writing is reasonably capable, although I was a little put off by the implicit comparisons of Than Kosis to Saddam Hussein. Carter refers to deposing him as “regime change,” and there is a panel of the Zodangan people pulling down the statue of Than Kosis with his right arm outstretched just like this.

The art by Filipe Andrade was deeply unsatisfying to me. As in the Disney movie, Dejah Thoris wears entirely too much clothing. All of the human and Red Martian physiques are impressionistically ropy, and the faces are distorted in stylized ways that make them look as alien as the Tharks.

Overall, I found this version inferior to the bulk of the current Barsoom comics from Dynamite.

ETA: The “John Carter (TM)” super-title creates the odd effect of suggesting that Captain Carter is himself “a princess of Mars”!

“Pope Francis criticized laws that criminalize homosexuality as ‘unjust,’ saying God loves all his children just as they are and called on Catholic bishops who support the laws to welcome LGBTQ people into the church. ‘Being homosexual isn’t a crime,’ Francis said … Francis acknowledged that Catholic bishops in some parts of the world support laws that criminalize homosexuality or discriminate against LGBTQ people, and he himself referred to the issue in terms of ‘sin.'”—”The AP Interview: Pope says homosexuality not a crime.”

Not a crime, but a sin. And a sin is a gap. A gap is a gape. And that’s a goatse! (Sung to the tune of Ya Got Trouble from The Music Man.)

Francis goes on to say bishops should should apply “tenderness, please, as God has for each one of us.” Yikes! I’m calling HR! Also, a gape is agapé? Catholic gay sex cult, confirmed.

Hercules’ labor in the toilet finally over

“The Appia Antica Park announced on Facebook that the area ‘has reserved a great surprise for us: a life-size marble statue which, due to the presence of the club and the lion’s coat covering its head, we can certainly identify as a figure representing Hercules’. The discovery was made during repair work on some sewer pipes that had collapsed, causing chasms and landslides.”—”Ancient statue of Hercules emerges from Rome sewer repairs. Work depicting mythological hero and apparently dating back to Roman imperial period found near Appian Way.” 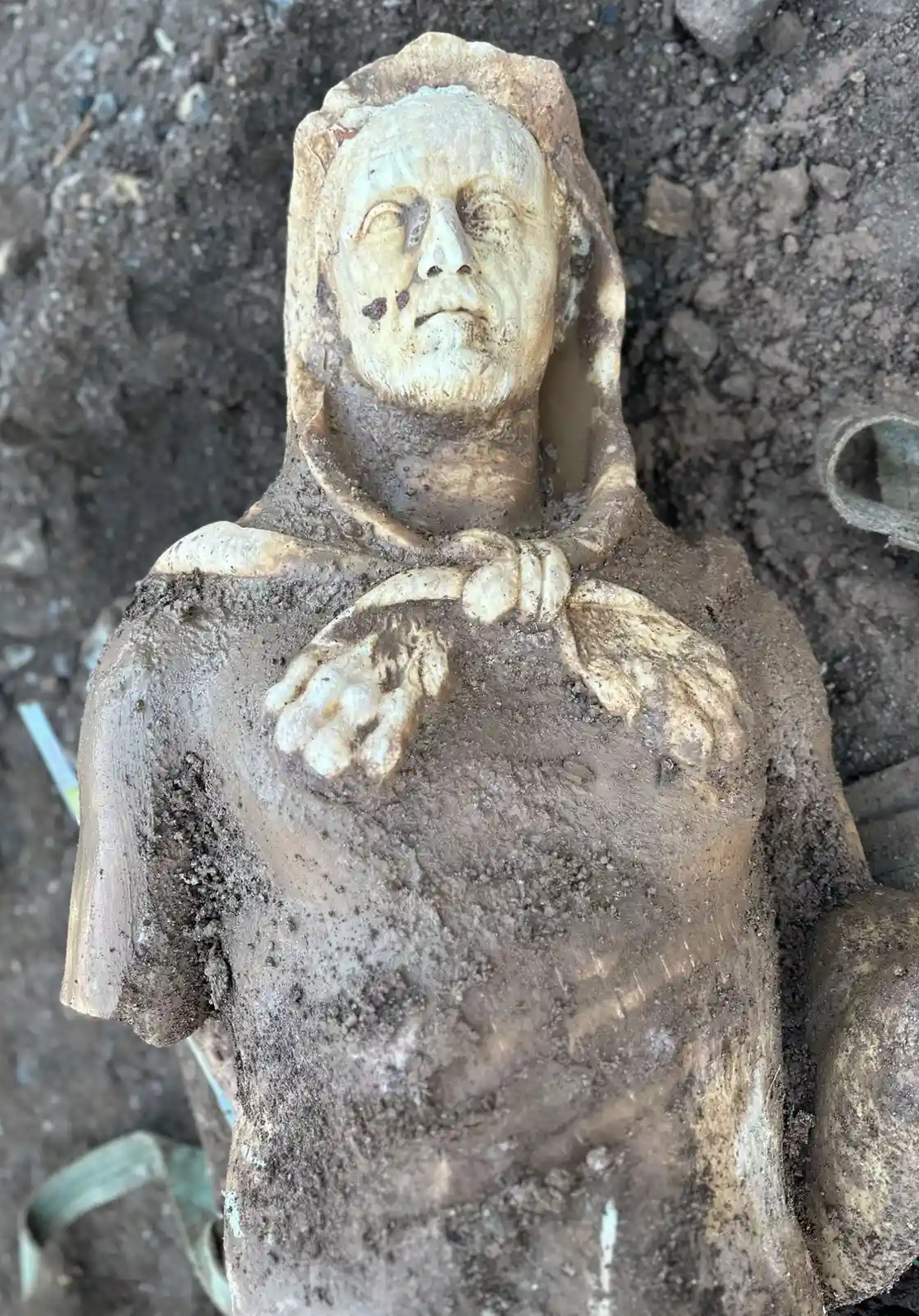 I mean … I would expect nothing less than collapsed sewer pipes and landslides from a truly Herculean squat. That’s how you know it’s authentic. But, really, if it took that long, he should eat more fibre.

For those in whom the truth has not yet become a living power, fictitious forms are necessary to show them the way, but the majority of the ignorant see only the fiction; there being no truth within themselves, there is nothing to perceive the truth in the form. 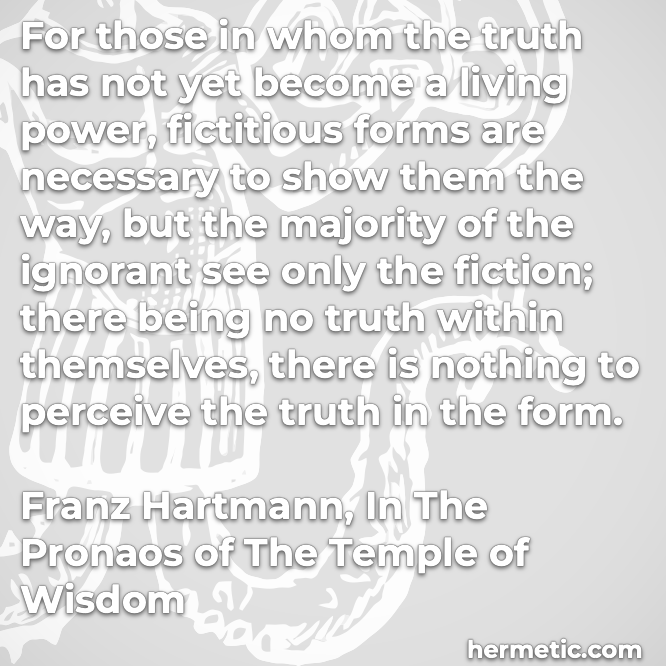 Heh. They’re making an RPG class, as a stretch goal for their game supplement, inspired by Edward Bulwer-Lytton’s Vril.

The “Wizard Subclass: Vril Tradition” is a stretch goal for the Deep Magic 2 crowdfunding effort by Kobold Press. 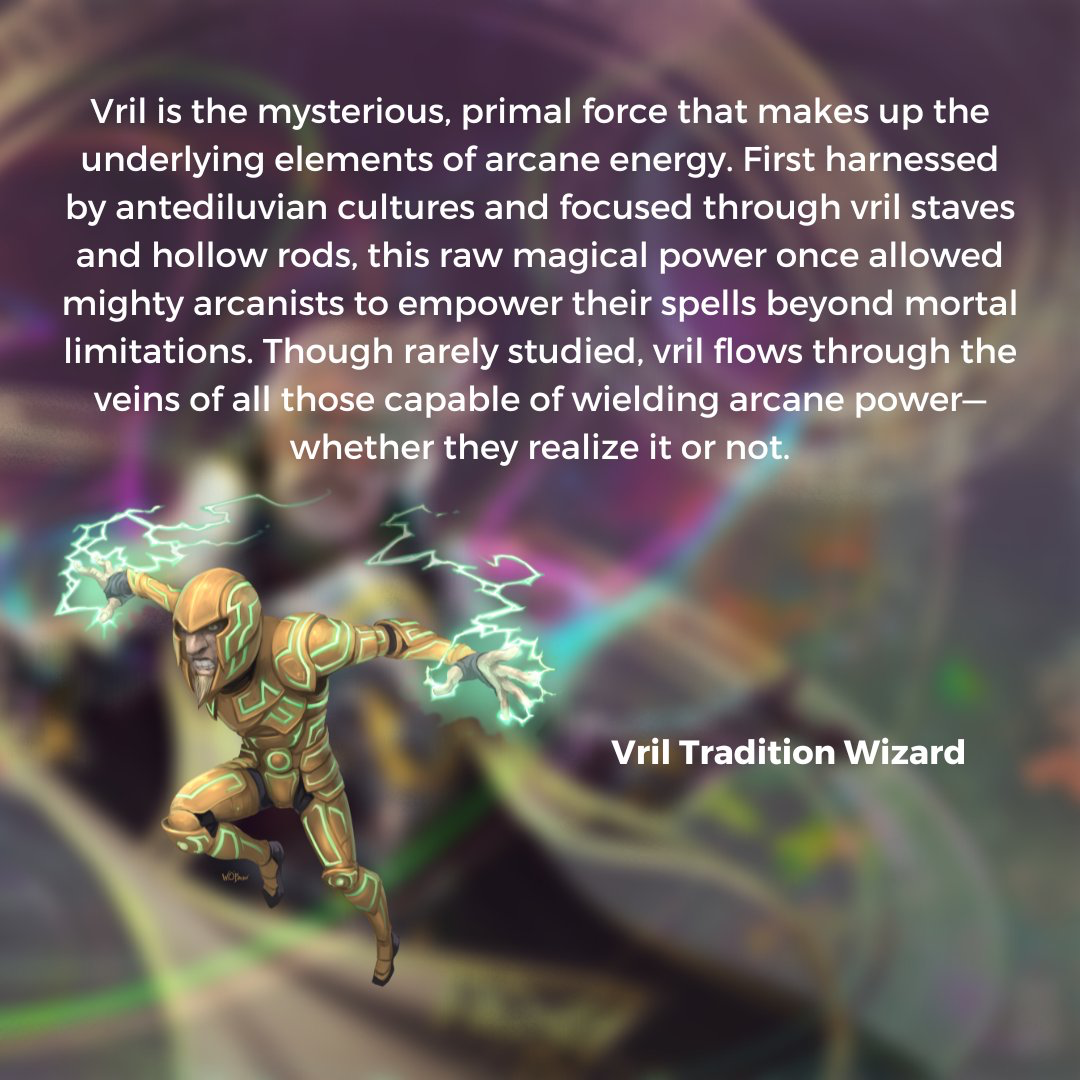 If the actual text of the subclass in the book doesn’t start with “It was a dark and stormy night” imma riot. But, also, maybe time to dig out those D&D Hollow World supplements!

On Making Assumptions (about ourselves or others)

Watch “On Making Assumptions (about ourselves or others)” by T Thorn Coyle.

“Sometimes making assumptions helps us navigate the world. Other times? Assumptions can be damaging. It’s good to know the difference.” 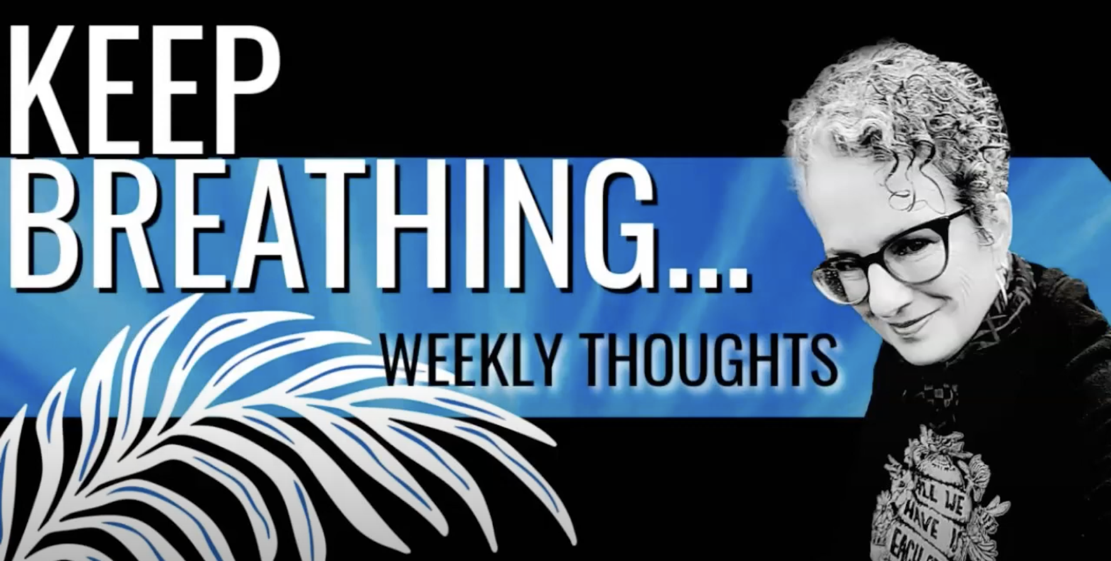