The Mystery of the Letters and The Tree of Life

You may be interested in The Mystery of the Letters and The Tree of Life by Robert C. Stein, available from Weiser Antiquarian Books. 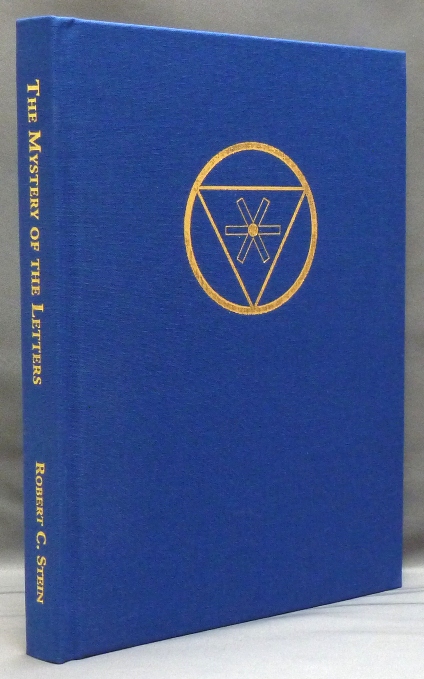 “The Mystery of the Letters and The Tree of Life is an important new contribution to Thelemic studies. It begins with an examination and analysis of the “Class A” texts of the Thelemic canon, with special emphasis on the manuscript and symbolism of The Book of the Law. The author, Robert Stein, reminds us that the prophet of Thelema, Aleister Crowley, declared that the manuscript of The Book of the Law (Liber XXXI) was unequivocally the first and final authority above all other Thelemic literature. He surveys the mysteries and questions it poses, and encourages his readers not just to rely on a typeset version of the text, but also to study a copy of the manuscript, so as to derive a direct and personal understanding from it. He then examines the symbolism of Thelema by comparison to archetypal messages expressed historically through god-forms, kabalah, trigrams (I Ching), Tree of Life models, and alphabets. Stein further proposes a three-dimensional Tree of Life, relates it to Tarot and the paths in Liber 231. The model originates in Liber Trigrammaton and the Cube of Space, but while based on historical material, it approaches the symbolism from a fresh perspective. The Mystery of the Letters and The Tree of Life is not an “introductory work” or a “beginner’s guide,” but a serious and challenging study of a complex subject.

The author, Robert C. Stein, is a Professor Emeritus of Biology in the NY State University System, whose involvement in the study and practice of Thelema spans three decades and travels in five continents. In writing this study he has, as far as possible, approached the texts from a scientific and logical viewpoint, and in most instances has included facsimile excerpts of the pertinent material illustrating the basis of his thought.” 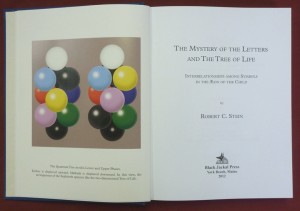 I had the chance to attend a presentation by Bob Stein back in 2009 at the seventh National Ordo Templi Orientis Conference (NOTOCON VII), and he has some strong opinions and interesting ideas about the Book of the Law as it appears in both Liber CCXX (Book 220) and the original manuscript Liber XXXI (Book 31).

“Crowley strived to have an unequivocal ultimate source book for Thelema. However, the Book of the Law has several variations that may affect an initiate’s individual interpretation. The history of the editions published during Crowley’s lifetime show the changes. The importance of the manuscript is emphasized. Please bring a copy of Liber AL that includes both the manuscript and the typeset version.” [via]

In fact, that presentation was one of the reasons I decided to do my own transliteration of Liber XXXI for the library, and though I know the same had been done previously I avoided referencing Ash’s version until after I’d completed my own. Anyhow, if that presentation was any indication, if you’re interested in the subject matter, you’re going to find this new release an interesting read.

A documentary from 2002, about John Dee, with background music by Coil.

“Our purpose here is almost purely mechanical. It is to describe in detail how the symbolic forms of the Sigillum may be attributed, with proofs and demonstrations of those attributions. In doing so we hope to provide some insight into how this symbolic structure may be used as a framework and paradigm of magickal practice.” [via] 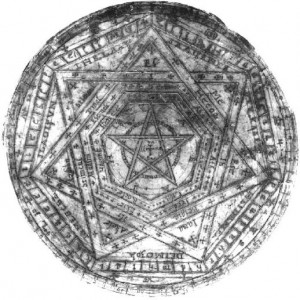 “Dee was himself told originally to adapt the form from several in his own collection of Grimoires; but which one, was not made clear either by Dee or the Angels. A number of variations on the Seal of God or Seal of God’s Truth are to be found in MSS owned by Dee.” [via]

“The Texts contained in this folder are part of a project, by various members of [email protected], to produce a web edition of A TRUE & FAITHFUL RELATION OF What passed for many Yeers Between DR. JOHN DEE and SOME SPIRITS: Those who have substantively contributed to this project are: Frater Adsum Iterum, Raymond Drewry, Susan Drewry, David R. Jones, Victor Marques and Patricia A. Shaffer. This notice should be included with any distribution or posting of this material. The Latin translations are copyright their respective translators.” 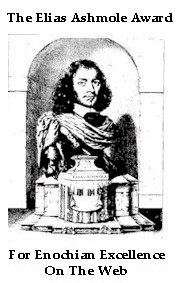